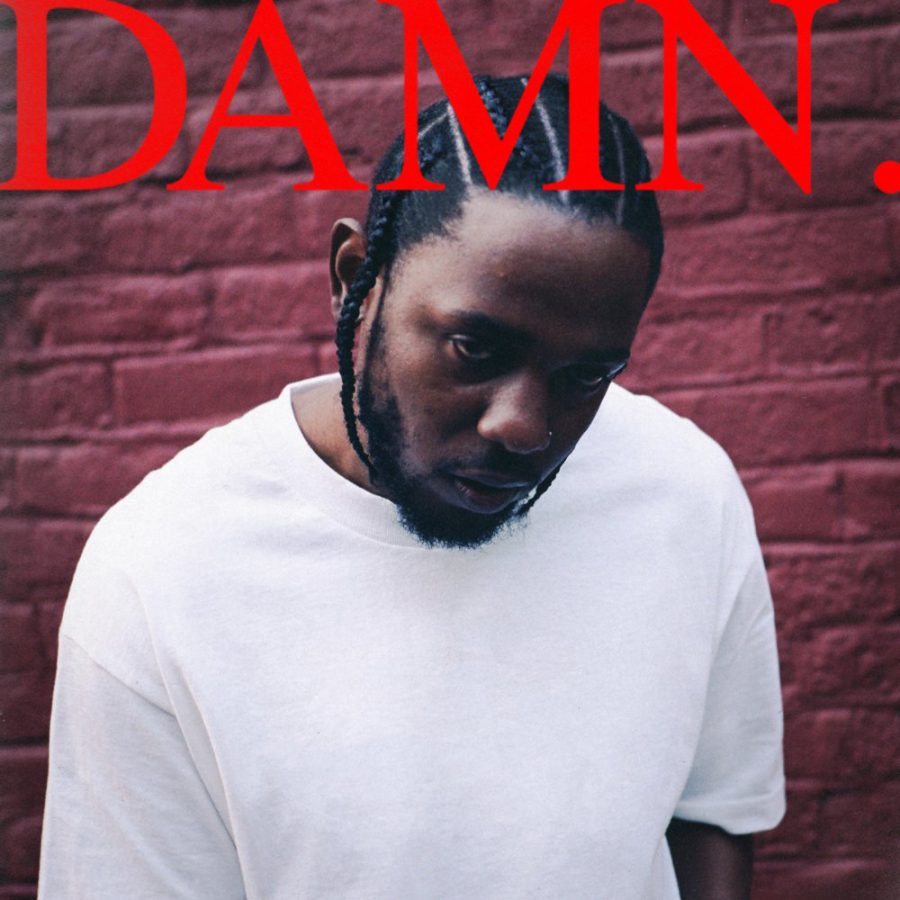 After experiencing stellar success with his universally acclaimed album, “To Pimp a Butterfly,” rap idol Kendrick Lamar returned to scene on April 14 with “DAMN.” The new self-referential project sees Lamar fully embracing his legacy, as he candidly talks about what it is like to deal with it.

The album starts with “BLOOD.,” a mood-setting track that will remind fans of shorter, more narrative driven tracks such as “Chapter Ten.” In it, Lamar narrates a parable about helping a blind woman look for something she lost. As he asks if he can be of help, the woman replies, “oh yes, you have lost something, you’ve lost your life,” ending with a gunshot that suggests Lamar’s death.

This track evokes a unique episodic, and to an extent cinematic, feel that develops through the album and reaches an eclectic conclusion.

However, unlike previous works, “DAMN.” doesn’t address social issues directly. Instead, it tries to tell an interconnected personal narrative with powerful lyrics and religious symbolism that allude collaterally to topics such as police brutality, racism and the current political climate in the United States.

Thematically, the 14-track LP seems to be a variety pack. In layers, Lamar talks about his hometown of Compton, California, the experiences that have made him, the price of success and how to deal with it, religion and even gender stereotypes. The album is nonetheless cohesive in its narrative, never losing focus on Lamar’s rags-to-riches story and how he relates that to what happens around him.

Musically, this album represents a step in a different direction from “To Pimp a Butterfly’s” old jazz, soul and funk sounds.

Instead, Lamar opts for a more trap-heavy approach, while also adding some lo-fi elements to more laid-back songs such as “YAH.,” “PRIDE.,” “LOVE.” and “FEEL.” This doesn’t always work. For example, in “PRIDE.,” where the guitar arrangement doesn’t contribute to the song, it feels out of place.

While the production values are conservative, they are also top notch. But that does not stop the album from feeling safe. A disappointing aspect, considering Lamar, alongside other black artists, had been at the forefront of embracing other genres such as soul and funk as part of their repertoire.

Because of this, Lamar’s growth as an artist takes a dent. “To Pimp a Butterfly” was a step in the right direction for the rap industry as a whole, showing a more complex approach to traditional beats, and at times showing that genre fusions can result in more enjoyable tracks.

“DNA.” is perhaps one of the album’s most impressive tracks, mixing in blunt lyrics about what being from Compton represents, a diss to talk show host Geraldo Rivera and Lamar’s ascent to fame, all with a sublime beat switch fans of the rapper will love. Lamar boasts about overcoming the hard life that was set for him as he raps, “I got millions, I got riches buildin’ in my DNA. I got dark, I got evil, that rot inside my DNA. I got off, I got troublesome, heart inside my DNA. I just win again, then win again like Wimbledon, I serve.”

In the album’s conclusion “DUCKWORTH.,” it all comes full circle for Lamar. He details a story where Top Dawg Entertainment founder Anthony “Top Dawg” Tiffith almost killed Lamar’s father years before signing a 15-year-old Kendrick to his record label. Additionally, the end of the track seems to rewind the whole album up to the blind woman anecdote.

Lamar’s guest list is short this time around, featuring legendary band U2 and pop sensation Rihanna. While it isn’t too detrimental to the overall product, the star power behind these artists leaves their contributions feeling lackluster.

However, singer-songwriter Zacari’s crooning vocals in “LOVE.,” make for a refreshing, more lighthearted and welcoming track for new fans.

At a time when rappers participate in seeming wars of escalation with each other, Lamar seems to unintentionally abandon that type of competition, with unique ways of interweaving his own mystique into his musical career.

For example, Lamar’s first track of 2017, “The Heart Part 4,” is not a part of the 14 songs that comprise this album. However, the song finds its contribution to the album sporting the same simple guitar arrangement during beat shifts that also permeates “FEAR.”

These easter eggs make it a more engaging listening experience, and have even led fans to speculate about the future and possibly a second album release. The cryptic atmosphere that surrounds the release of “DAMN.” also separates him from other artists such as Drake or Big Sean, who have also released new material in 2017.

When it all comes together, Lamar’s lyrics and characteristic flow shine through a conservative, but well-produced library of beats, making it one of the rapper’s best offerings to date. As a purely musical device, “DAMN.” reflects Lamar’s evolution and apex, even if it doesn’t quite have the social impact that “To Pimp a Butterfly” did.