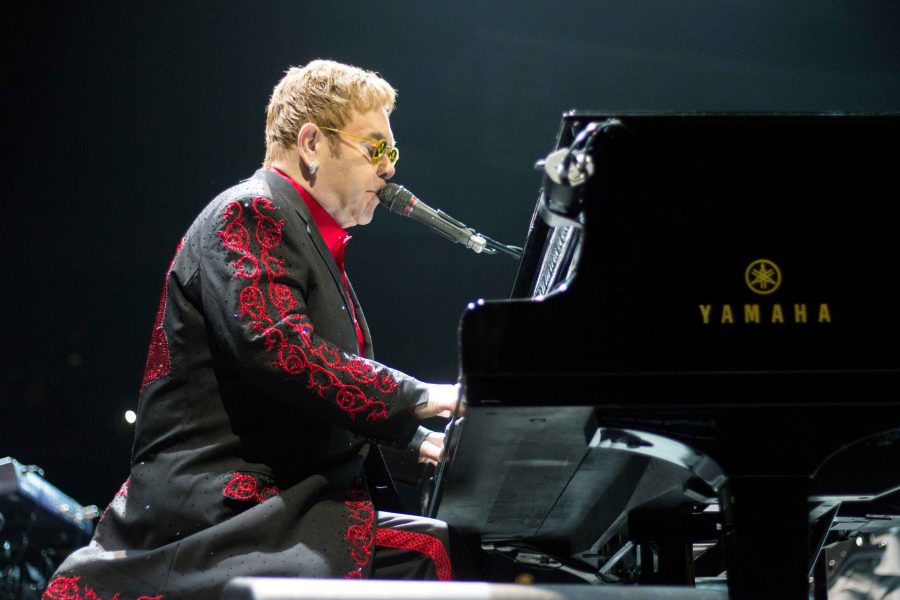 Two days before his 70th birthday, Elton John filled up the Don Haskins Center with music — and fans — for what could be the last time, and nobody seemed to leave disappointed.

John has had nine number one hits on the US Billboard charts and the sold out crowd heard everyone of them and more. For almost three hours, the soon to be septuagenarian never rested. His band shuffled on and off stage, even changing wardrobe prior to the encore, but the bespectacled showman never left the stage, lapping up the adoration and serving up hit after hit in return.

From “Bennie and the Jets” to “Daniel” to “Someone Saved My Life Tonight,” John held the crowd on his every word and key stroke. The star was in fine voice, granted, with a little more bass than in 1969, but no less fabulous or enthralling for his fans who rarely sat down.

After playing two songs from his most recent album “Wonderful Crazy Night,” John quickly sprung back into “Philadelphia Freedom” with the stage flooded in red, white and blue lights. John performed in the “round” on Thursday, with a square stage set in the middle of the Don Haskins floor and fans on all sides. A five-piece band accompanied him to perfection, as one would expect after 40 years on the road together.

No song was left out as John blasted his way through “Rocketman,” “Tiny Dancer,” “Levon,” “Your Song” and every other song that the fans knew by heart and almost drowned him out by singing every word to. Clearly not an insult to the songwriter and performer who relished the love from the El Paso fans.

Prior to performing “Don’t Let the Sun Go Down on Me,” John took the time to mention meeting El Paso’s own Khalid prior to the show and said that the young singer was “gonna be a star” to a large roar from the partisan crowd. John went on to dedicate his hit about love and the difficulties of songwriting to the up-and-coming El Paso singer.

Despite never actually leaving the stage — John received flowers and gifts and signed autographs — there was one encore consisting of “Candle in the Wind” and “Crocodile Rock,” that all but brought the house down.

John has mentioned recently that he would like to spend more time with his family while his children are young, which means that this could have very well have been the star’s last trip to El Paso. If that were the case, the crowd in the Don Haskins Center on Thursday night was no doubt left with a lifetime of memories of one of rock and roll’s best.