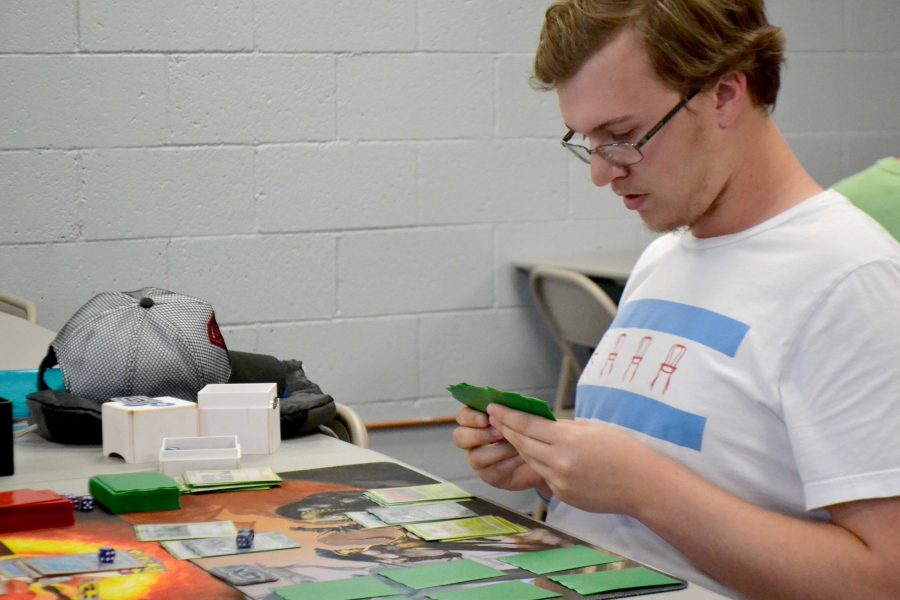 Promoting a competitive, yet friendly family environment, Pokémon League is a weekly event that promises fans of the popular trading card game an official tournament experience every Thursday and Saturday.

“The league is technically an open place for people to come and learn to play with all types of decks, and it is also a great place for people who don’t have one so we can help them build one,” Marilynn Barnard said.

Diversity and inclusiveness are important elements of these events, which are divided into master’s league, junior league and senior’s league.

“Sometimes the kids play with the adults, and they do pretty well, they are pretty competitive,” Coary Barnard said.

The Pokémon fever has been prevalent in all age groups, including UTEP students.

“Card games are so popular among all ages and Pokémon Trading Card events are nostalgic to us since most of us grew up on Pokémon,” said Miguel Martinez , a junior electrical engineering major.

The league has helped local players grow as a diverse community even outside of the league events.

“I got to meet so many great people and made new friends, with Pokémon as a common ground,” Martinez said. “Now we are a Pokémon community that always get together and help each other, we even travel around to state tournaments and regional events.”

Players looking for a more serious challenge can test their best strategies in the weekly tournaments.

“We have a pretty big community on the Eastside who wanted to play Pokémon competitively, so we contacted the Pokémon Company, Coary took an organizer’s test and became an official tournament organizer,” Marilynn Barnard said.

Making tournaments official is an important part of the league as it provides different and unique prizes sent by the Pokémon Company.

“They send specific promo cards every month and a code to use on their online game you can play,” Coary Barnard said.

Additionally, Game Vault has its own prize pool of card packs or store credit.

“There is a $5 entry fee, but the first time playing at our store is free,” said Marilynn Barnard. “The prize support is a pack per win, an extra pack for going undefeated, and even if you don’t win, you’ll still go home with one pack.”

For more information, Game Vault can be reached at gamevaultelpaso.com/pokemon.