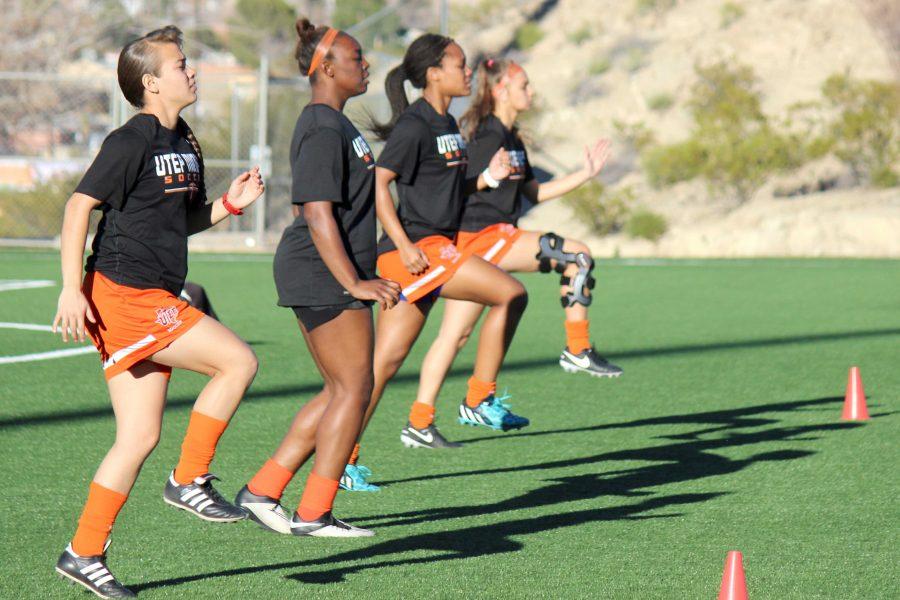 After a 13-win season—the most since 2009—and a tournament berth for the fourth time in school history, the UTEP soccer team will reconvene for the 2017 Spring Exhibition season. However, new momentum will need to be rediscovered by the Miners after losing seven seniors from last year’s squad.

The handful of seniors, who provided head coach Kevin Cross much of his success, have been replaced by inking 10 prep standouts for the upcoming season. Six of the 10 freshmen are from Texas, while the other four new faces have traveled from Canada.

“On paper, our freshmen look great, but it’s kind of surprising because a lot of times there’s players that you don’t expect to do well and they do, and there are players that you think are going to be the greatest thing and they aren’t ready to make the next jump. Usually, if half of your signees pan out you’re in good shape,” Cross said. “They were all amazing high school and club players, so hopefully they can continue here at UTEP because we need them since we had a real strong senior class leave.”

Along with the freshmen will be some key student-athletes returning for the orange and blue, such as goalkeeper Alyssa Palacios, who has a C-USA All-Freshman team award and snatched an All-Conference third team last year. She could help guide the younger Miners by giving them a safety blanket if their defense is not up to par. Palacios’ save percentage from last season was nearly at 85 percent.

Another key returnee is soon-to-be senior midfielder, Kennadie Chaudhary. Throughout her junior year, Chaudhary recorded the third-most points (10) and goals scored (3), while also dishing out the third-most assists (4), tied with two others.

With her freshman year behind her, UTEP’s 5-foot-7 defender Lauren Crenshaw will aid the incoming wave of freshman as well, as she made a name for herself in her first year. Crenshaw got the honors of C-USA All-Freshman team and All-Regional third team. Last season, Crenshaw played in all 22 games and totaled five points, three assists and one goal, while attempting the sixth-most shots in the unit.

“Our returning players have to step up their leadership this year because those are some of our leaders now, so they have to demand a lot out of these girls and step up to the challenge. They don’t have those seniors to lean on now,” said Cross.

Just four months after the regular season came to a halt, the Miners are set to square off against West Texas A&M on March 4, in Las Cruces, New Mexico. Aside from practice, it will be the first time the new-look Miners will hit the field together.

Although WTAM competes in Division 2, the Buffaloes are usually one of the top teams in the nation in their division. Last season, WTAM went 11-6 overall and 9-3 in conference play. They outscored their opponents right from the get go, as they scored 14 first-half goals, compared to just six from their opponents in the opening stanza all year.

“West Texas is usually a top-20 Division 2 team and they can beat a lot of Division 1 schools on any given day, so it’s going to be a tough game, and if we aren’t ready, then it’s going to be really tough,” said Cross.

The game between the Miners and Buffaloes will be played in New Mexico State Aggie territory due to the fact that WTAM has a date with the New Mexico State University soccer team just days before.

After the meeting with WTAM, UTEP will have two weeks off and then head to Arizona for two games in two days,starting off with Arizona, followed by Arizona State. The two had a combined record of 15-20-3 last season. The Pac-12 teams will be a very early measuring stick for Cross, despite their records in Conference USA .

To end the 2017 exhibition season, the Miners will compete at home for their final two games, when Eastern New Mexico and New Mexico make stops in El Paso.

Finally, before the summer starts and soccer season has to wait until mid-August, UTEP will welcome in the Lobos on April 23. The Lobos, who had a winning record of 9-7-3, but 5-5-1 in the Mountain West Conference, will meet the Miners on University Field at a time to be announced.

“The spring season gives the players a chance to really develop, and since we had such a big senior class last year, it gives the younger players the perfect opportunity to grow and expand their roles. These games can determine who our starters can be,” Cross said. “The spring season doesn’t necessarily predict your fall success because new players will step up when the regular season starts. But if we can get some players to take the next leap in these games—that’s what we are looking for.”

A long summer of working out on their own will be ahead for the Miners.

“We, as coaches, just hope that the girls stay in good shape over the summer and that they have an awesome summer in their workouts,” said Cross. “The summer determines our fall, if they take the summer off and we can’t get them into game shape when school comes back, there is no way they’ll be ready for the season in time, especially in 90 or 100-degree weather. It’s all voluntary for the girls over the summer, we can’t tell them anything, it’s all on them.”

Cross and his staff will be hoping that his players’ success in 2016 will motivate them to work on their own to arrive in the fall ready to improve on 2016 and the spring games and practices.