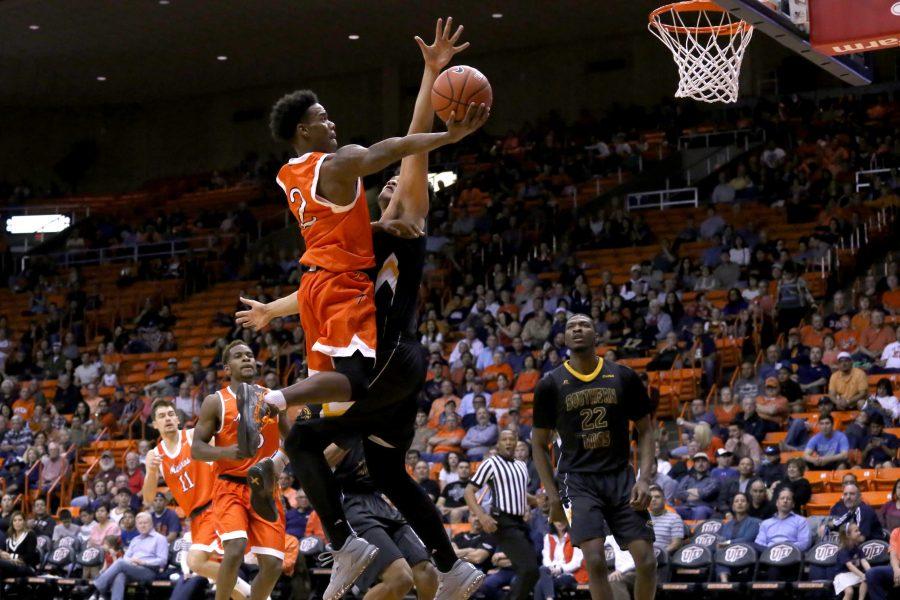 The two games this week will be the start of a four-game road trip, where UTEP (9-15, 7-5 C-USA) will conclude the final two games of their trip in Florida when they face Florida Atlantic and Florida International for the second time.

The Miners are amidst a turnaround to their season. After losing 12 in a row, they have now won seven of their last nine games. UTEP went 3-1 during their most recent four-game home stand, including knocking off league leader Middle Tennessee 57-54 on Feb. 4. The loss for the Blue Raiders is still their only conference loss of the season (12-1).

Against Louisiana Tech, four Miners scored in double figures, yet it was not enough as the Bulldogs hung on for the one-point win. Dominic Artis missed a potential game-winning 3-point shot in the final seconds as the ball bounced up and off the rim.

In the Miners’ most recent game against Southern Mississippi, Artis redeemed himself by having a big night. Artis captured a double-double, scoring 20 points to go along with 10 assists. Artis also went 6-of-9 from behind-the-arc in the game. Omega Harris added 17 points with four rebounds and five assists.

UTEP’s inside game against the Golden Eagles was shut down as former UTEP head coach and current head coach for Southern Mississippi, Doc Sadler, quickly eliminated the Miners’ chances of scoring in the post. However, the Miners got some great looks from beyond-the-arc, knocking down 12 of 23 attempts for 52 percent.

UTEP will need to continue the success of shooting the ball on the road. The Miners will try to model their last road game, where they shut down a high-scoring Marshall team, 91-68, on Jan. 28. UTEP shot 58 percent from the floor in the contest, holding the Thundering Herd to just 34 percent shooting from the floor.

It has been a healthy and improved Matt Willms, as well as an overall improved UTEP defense that has allowed the Miners to score effectively. UTEP earned a total of 22 steals during the recent four-game home stand, with Artis claiming 10 of those 22 steals.

In the Mean Green’s most recent game, it was freshman guard Ryan Woolridge who stepped up to lead the team in points, rebounds and assists on the night. Woolridge finished with 21 points, six rebounds and four assists in the 90-71 loss to Florida International.

UTEP currently sits in a three-way tie for fifth place in Conference-USA, with just one game separating four teams for the final bye slot of the conference tournament. Those other two teams tied with UTEP are Marshall and Rice.

The Owls have won four straight and five of their last six games. The home game for the Owls will be just their second in three weeks.

In the Owls’ last game, Evans scored the go-ahead basket and Marquez Letcher-Ellis made four straight free throws in the last 17 seconds of overtime to beat Florida Atlantic, 81-75. Evans finished the game with 28 points and six rebounds.

The Owls are a high-scoring squad having surpassed the century mark in points three different times this season. Rice has nailed at least eight 3s in each of their last three games, shooting an average of 46 percent from the floor.

The Miners defensive adjustments may come in handy inside, however, the Owls have no problems relying on Evans and their perimeter shooting to carry them to victory. UTEP’s last loss, which was against Louisiana Tech, could probably be blamed on the Miners’ lack of 3-point shooting pressure as the Bulldogs hit 11 3s in the game on kick-outs from inside.

The Miners will not play at home again until March 2 when they battle Old Dominion.