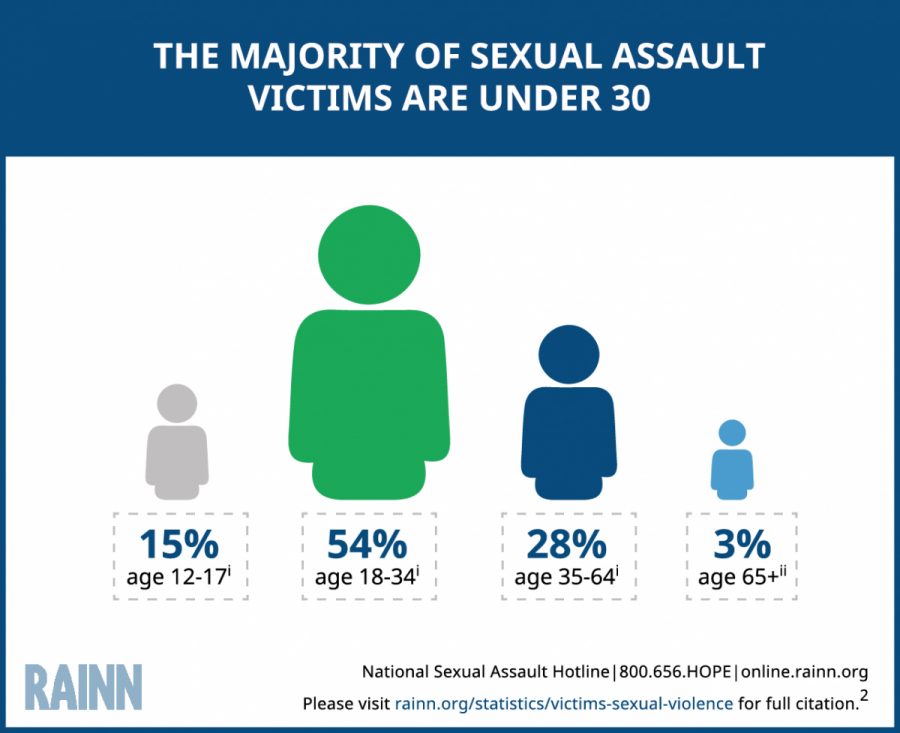 During the fiscal year 2015, UTEP had one incident of rape and one incident of fondling (touching the private parts of another person for the purpose of sexual gratification without the consent of the victim), according to the campus’ 2016 Annual Security and Fire Safety Report.

The gender of both victims or any details of the incidents can’t be released to the public due to respect for the privacy of the parties involved, said UTEP Police Chief Cliff Walsh.

Deputy Title IX coordinator and assistant vice president for student support, Ryan Holmes, said victims of any kind of sexual violence should act quickly after the incident, and to follow simple steps that could accelerate the investigation.

“In any incident of sexual assault, it is important for the person to get to a safe place and call the police,” Holmes said. “It is also important to wait for the police to arrive before making any changes, (like) changing clothes and taking a shower.”

Holmes also said if victims were unable to report the incident right after it occurred, they should still do it to stop the aggressor from causing more harm to other victims.

“Even if time has passed, reporting is key. The reporter is taking a crucial step in ensuring that other members of the community are better protected from being impacted by the accused party or parties in similar ways,” Holmes said.

RAINN (Rape, Abuse & Incest National Network), an anti-sexual violence organization, estimates college women are twice as likely to be sexually assaulted than being robbed, while 23.1 percent of female and 5.4 percent of male undergraduate students experience sexual assault or rape.

STARS (Sexual Trauma and Assault Response Services) estimates that one out of every 33 American men has been the victim of an attempted or completed rape in his lifetime, making them to be about 10 percent of all victims.

“Men are less likely to report due to fear of not being believed, shame for various reasons, but possibly connected to perceived harm of what it means to be masculine, and or thinking that the situation does not happen to other men,” Holmes said.

The National Crime Victimization Survey, a national survey on the frequency of crime victimization, as well as characteristics and consequences of victimization, says men are less likely to report sexual assault especially if the  abuser is a woman, making the data between the two genders inconsistent.

However, according to the U.S Equal Employment Opportunity Commission, the number of men who are filing sexual assault reports has more than doubled since 1990.

The Washington Coalition of Sexual Assault Programs says sexual violence against the LGBTQ community has gone unnoticed because people tend to believe sexual and domestic violence involves a male abuser and a female victim.

The LGBTQ community experiences sexual violence at the same or higher rate than heterosexuals, according to the Centers for Disease Control and Prevention (CDC).

Holmes said that a victim of sexual assault should report the incident even if they feel judged by the people around them.

“For anyone who feels embarrassed and or ashamed, it is important to her/him to understand that these feelings are normal and that no one will judge,” Holmes said. “All entities connected to the situation are trained to provide assistance and be supportive in the assistance process.”

“Students should know that they can approach campus police or the numerous other resources on campus. There are measures in place to safely and confidentially address any issues that they may face,” Walsh said.

Walsh also said UTEP students and faculty should take advantage of the resources offered by the university regardless of gender, race, ethnicity or sexual orientation.