Keeping up with the Texas Legislative Session 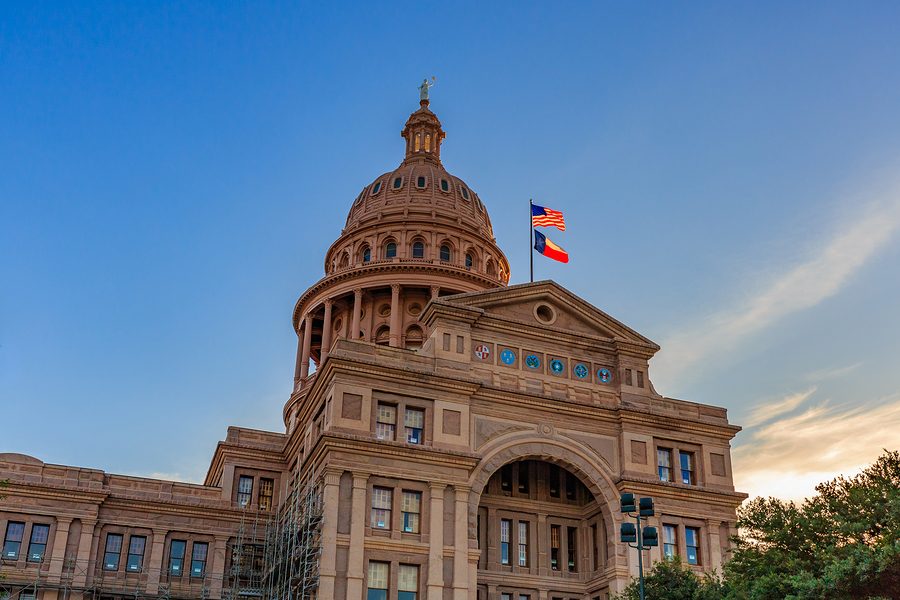 The Texas legislature meets every two years, and the current   85th Texas Legislative session began on Jan. 10 and continues until May 29. During the first 60 days, the legislators cannot pass a bill, so at the moment the bills will be deliberated over until the period has passed.

Governor Greg Abbott said in his State of the State speech that there were four emergency items to focus on: sanctuary cities (SB 4), a bathroom bill (SB 6), Texas Child Protective Services (SB 11) and ethics reform (SB 14). Emergency items bypass that 60-day waiting period and allow the passage of the bill if it gets through the Senate and House.

SB 4 is a bill that targets so-called sanctuary cities, or cities that have an immigration policy, where local enforcement agencies do not regularly inquire an individual’s immigration status or fulfill detainer requests from Immigration and Customs Enforcement. The bill would allow the state to withhold state grant funds if those cities do not comply.

Critics of the bill have said that the definition of the term “sanctuary cities” is not defined well enough to make for a coherent bill, as well as the potential racial profiling that will occur due to the focus on Mexican immigrants. Police departments have testified against the bill saying that SB 4 will erode trust in immigrant communities with law enforcement, which might lead to those communities not calling on law enforcement when they are victims of a crime.

The city of El Paso has said that the financial loss of the passage of the bill will be $130,000 each fiscal year for additional arrests and processing.

SB 4 is in the second stage of passage as it has passed the Senate Committee of State Affairs and will be voted for on the Senate floor.

Known as the “bathroom bill,” SB 6 would force transgender people to use bathrooms that corresponded with their biological sex in public schools, universities and government buildings statewide. The controversial bill was introduced by State Sen. Lois Kolkhorst, R-Brenham, and has received widespread condemnation from advocacy groups and support from conservatives across Texas.

The rhetoric used by the author and coauthors of the bill suggest that their priority is keeping transgender women out of the restrooms they identify with.

A study by the Texas Association of Business suggest that, if passed, the bill could “result in significant economic losses in Texas’ GDP, with estimates ranging from $964 million to $8.5 billion.” The study also suggests that job loss would be around 185,000, and the tourist and entertainment industry will suffer heavily as well. The TAB has come out strongly against the bill, and since it is a heavy political figure, the study could be the end of the bill.

SB 6 is in the first stage of passage as it has not yet passed the Senate Committee of State Affairs.

The SB 14 bill aims to gain public trust in state institutions and elected officials by introducing a series of changes to the ethics laws. One change is that an elected official who has been convicted of abuse of office cannot receive a publicly funded pension check while serving time for that crime, and will be removed from office once convicted of a felony.

The second change, according to the analysis submitted by the Senate Committee of State Affairs, is that elected officials should “disclose contracts for goods or services that they or their spouse or dependent child have with governmental entities.”

The third change addresses the amount that lobbyists must report for “transportation, lodging, food and drink, or entertainment for a member of the legislative or executive branch” that exceeds $114. The new bill changes that amount to $57. It also stipulates that lobbyists must disclose any amounts given to immediate family members of persons in the legislative or executive branch.

The bill passed the Senate Committee of State Affairs with nine ayes and zero nays and awaits a vote on the Senate floor.

This bill is one of the few bipartisan projects that address a recognized statewide crisis in the Department of Family and Protective Services and aims to improve accountability as well as increase support and services.

One of the implementations is a non-profit lead pilot program to help “comprehensive case management services” for children with mental and behavior health needs.

The bill plans to renovate the foster care design model to increase the quality of services and support while giving a greater authority and accountability to local communities. It also proposes that the standards of child abuse and neglect investigations be raised and have financial penalties toward residential child-care providers if they fail to meet performance outcomes.

The bill has been filed, but is has not yet been seen by the Senate Health and Human Services Committee. If passed the bill would take effect Sept. 1, 2017.