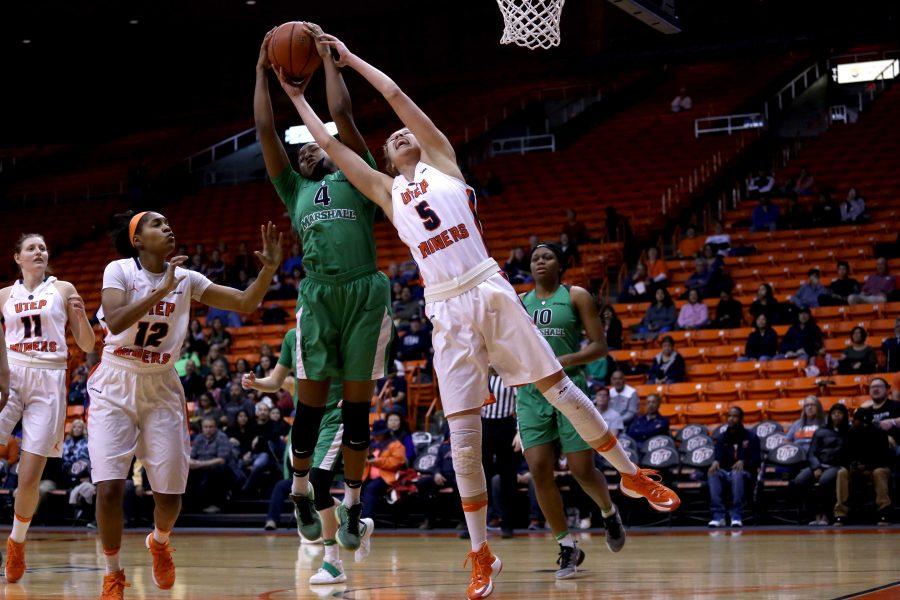 For her big game in the Miners’ 84-74 win against Marshall, UTEP women’s basketball forward Zuzanna Puc was named Conference USA Freshman of the Week as annouced on Monday, Jan. 30. She averaged nine points and seven rebounds in the Miners’ 1-1 weekend play.

In her big game against the Thundering Herd on Saturday, Jan. 28, Puc put up a double-double with 13 points and 11 rebounds. She also blocked two shots. Against Western Kentucky on Thursday, Jan. 26, Puc recorded five points, three boards and two steals in their 71-54 loss.

She is also the first UTEP recipient for the award since Lulu McKinney in the 2014-15 season.

“I’m happy for Zuzanna,” head coach Keitha Adams said in a press release. “She’s in the gym a lot putting extra work in and it’s paying off.”

The Miners will take on the road for the next four games starting on Thursday, Feb. 2, against UAB.