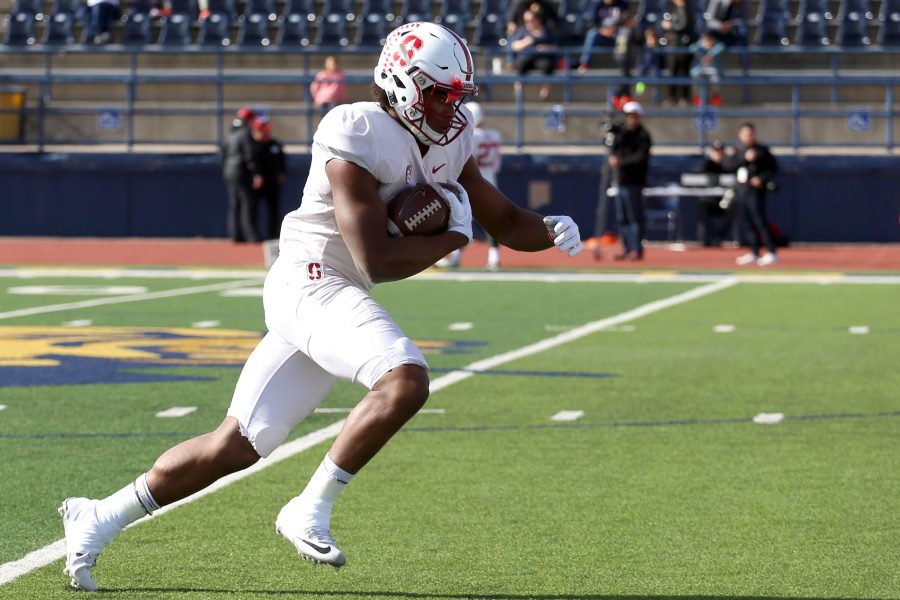 The Stanford Cardinal football team began their Sun Bowl practices in the Sun City minus star running back Christian McCaffrey on Tuesday, Dec. 27. The team looked crisp following the Christmas break, but there was no doubt that the missing McCaffrey was on everyone’s mind; the 1,603-yard rusher who skipped the Sun Bowl to focus on the 2017 NFL Draft was mentioned in every post-practice interview.

Stanford head coach David Shaw admitted that McCaffrey was a very special talent, but warned that his replacement is not all that bad either.

The midseason interview that Shaw was referencing probably came sometime around the Notre Dame game on Oct. 15 when McCaffrey was out and Love started. The taste of the future went very well that day for the Cardinal as Love rushed for 130 yards and the game winning touchdown in a 17-10 win over the Fighting Irish.

The entire team could take McCaffrey’s leaving one game earlier as a show of disrespect and hang their heads, but it did not look that way at practice on Tuesday. It looked like practice as usual.

Where sophomore running back Bryce Love would gladly grab the reins in the backfield in McCaffrey’s absence, playing in the Sun Bowl against the North Carolina Tar Heels is a little bit extra special for Love this bowl season. Love just happens to be from Wake Forest, North Carolina. In fact, Love was recruited heavily by the Tar Heels and was hosted by star quarterback Mitch Trubisky, who may enter the NFL draft himself, and running back Elijah Hood.

“(I’m) definitely familiar with the program, went to a lot of games. I never thought I would be playing them, but I’m looking forward to it – it’s going to be a great opportunity,” Love said.

Stanford will host a closed practice each day leading up to the Sun Bowl on Friday, Dec. 30.