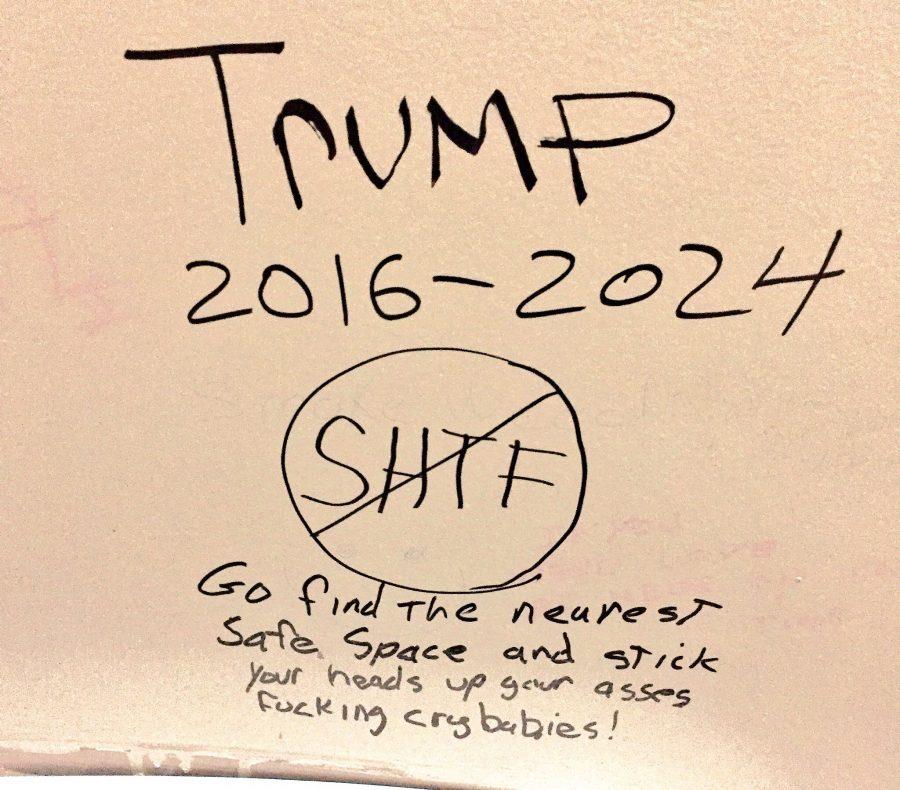 This tagging was found in the mens restroom on the third floor of the Liberal Arts Building on Tuesday, Nov. 15.

A protest is scheduled for Saturday, Nov 19, at 6 p.m. at the University Library in response to social media posts spreading around the campus that described a racist message that was tagged on campus.

The Prospector has reached out to University Communications for a comment about the rumored Library incident. They stated no such incident was reported to staff or to campus police. All students, faculty and staff are encouraged to report anything that makes them uncomfortable to UTEP police at 915-747-5611, so that the incident can be appropriately addressed.

There have been confirmed posts of a tagging in the Liberal Arts third-floor restrooms.

At 5:50 pm on Tuesday, Nov. 15, history professor Dr. Ernesto Chavez saw a tagging on the third floor of the men’s restroom but did not report it to any UTEP authorities.

Chavez reported the tagging to the History department.  He says as a faculty member he’s never been told to report such a thing to the UTEP Police Department.

“I reported it to the Southern Poverty Law Center – they are tracking all kinds of hate actions and graffiti things like that so they added it to their data base,” Chavez said.

The tagging has since been removed from the Liberal Arts Building.

If any student or faculty member has more information, contact the Prospector at [email protected]

UPDATE from the original post: The University Library has denied any tagging incident in their building.

UPDATE: University Library confirmed that there was a tagging with chalk on Nov. 10, but says that it was inside a study room.

UPDATE: UTEP officials confirmed there was miscommunication within the Library staff. The Facebook post below has since been taken down. 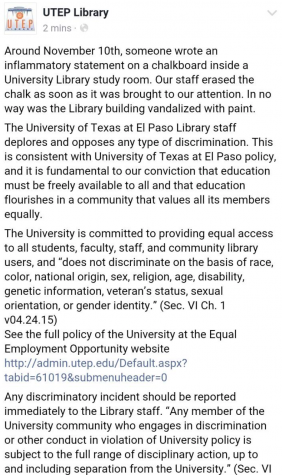 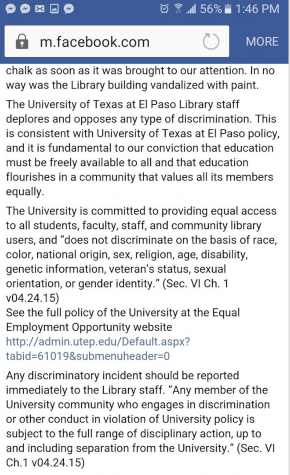