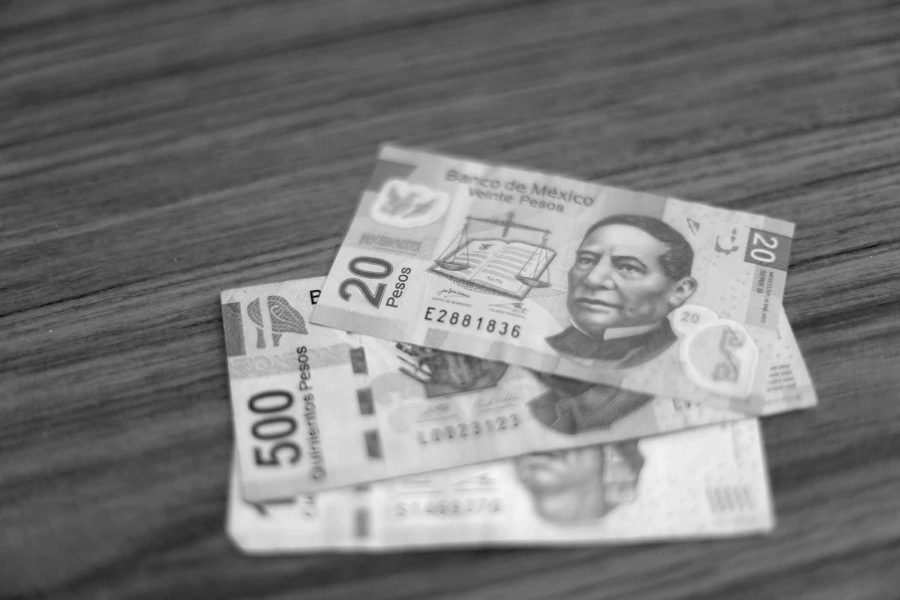 The Mexican peso plummeted as investors and citizens of both  the U.S. and Mexico witnessed Donald Trump becoming the president-elect of the United States. Many are worried about  how Trump’s policies could affect Mexico’s currency and economic wealth.

The day after the election, $1 was worth more than 20 pesos, which broke a historic maximum for the Mexican currency.

“The Trump victory caught many organizations by surprise and financial markets tend to react negatively to unexpected events. That includes the currency market and partially explains why the peso has faltered since Tuesday,” said Thomas Fullerton, professor of economics and chair for the Study of Trade in the Americas.  “Of course, the peso has faltered more than most currencies because of the rather severe anti-Mexico campaign rhetoric of the president-elect.”

Fullerton said the peso and dollar exchange rate is not likely to go beyond 22 pesos. The peso began to decline in 2014 after political scandals tarnished the image of the Peña-Nieto administration, which caused the peso to drop against the dollar.

“Collectively, these developments plus other factors have caused the peso to become undervalued, at least after taking into account inflationary differentials between the two countries,” Fullerton said.  “While the peso would be strongly at risk of further depreciation if it were overvalued as was the case in 1982 and in 1994, an undervalued currency faces much less downside risk.”

Mexico has more than $175 billion in foreign exchange reserves at the central bank, Fullerton said, and the depreciation of the peso this week is something that the Mexican economy can handle.

“The threats made against Ford and other companies from the United States will probably make all companies be exceedingly careful about investing in Mexico, causing direct foreign investment in Ciudad Juárez and other regions (that) fall below the levels it would otherwise reach,” Fullerton said.

According to The National Bank of Mexico, in Nov. 2009 $1 was worth 12.98 pesos, meaning that the dollar has increased its value in Mexico by more than seven pesos.

As a result, international students from Mexico are debating whether they should continue their education at UTEP or to try to enroll at a Mexican university.

Andrea Bejarano, a freshman majoring in psychology, said the instability of the Mexican currency could affect many Mexican students.

“Of course I’m worried. I need to find a job because this hurts many students like me,” Bejarano said in Spanish. “A lot of my friends want to go to UACJ (university in Juárez) because of the changes in our economy.

Bejarano uses the Programa de Asistencia Estudiantil, which is a program for Mexican nationals that allows them to pay in-state tuition. She fears that President-elect Trump could change or revoke her financial aid.

“Without that help I won’t be able to pay tuition, it’s too expensive,” Bejarano said. “Now I’m trying to save the money I get from my parents. I’m trying not to eat or buy food while I’m at school or just try to eat bring my own lunch because I need to save money.”

Despite the fear of many students, Fullerton said the future is not so uncertain, and there are other options available for students.

“Although the peso has weakened substantially, it will probably level off or even appreciate against the dollar at some point,” Fullerton said. “For those students from Mexico, who can no longer afford to attend college in the United States, peso-denominated tuition at many universities in northern (Mexico) is still affordable.”

Fullerton said despite the rhetoric of President-elect Trump against Mexico, an economic relationship between both countries will be discussed by both presidents.

“In spite of the misimpressions of the president-elect, Mexico is a good neighbor to the United States, and a stable, productive relationship between the two countries is likely to be observed in 2017 and beyond,” Fullerton said.

President-elect Trump has promised to deport millions of immigrants without legal documentation, and his plans also include a wall between the U.S. and Mexico.

“If more than five million undocumented residents from Mexico are deported, unemployment and under-employment problems (in Mexico) will become worse,” Fullerton said.

In reaction to Trump’s immigration policy, an agreement between the Interior Secretary of Mexico, Miguel Angel Osorio Chong, and a leading business chamber was signed on Friday, Nov. 11, that said the chamber will help find jobs for those who return to Mexico.

Fullerton said the devaluation of the peso hurts local retail in El Paso during this holiday season, but it won’t hurt the city as a whole.

“The bulk of most commerce in El Paso County is in the form of sales to residents who work here and are not directly affected by currency market fluctuations,” Fullerton said. “Because the local economy is still expanding, holiday sales totals are likely to be relatively good, unless households become spooked by uncertainty over potential missteps by the president-elect.”