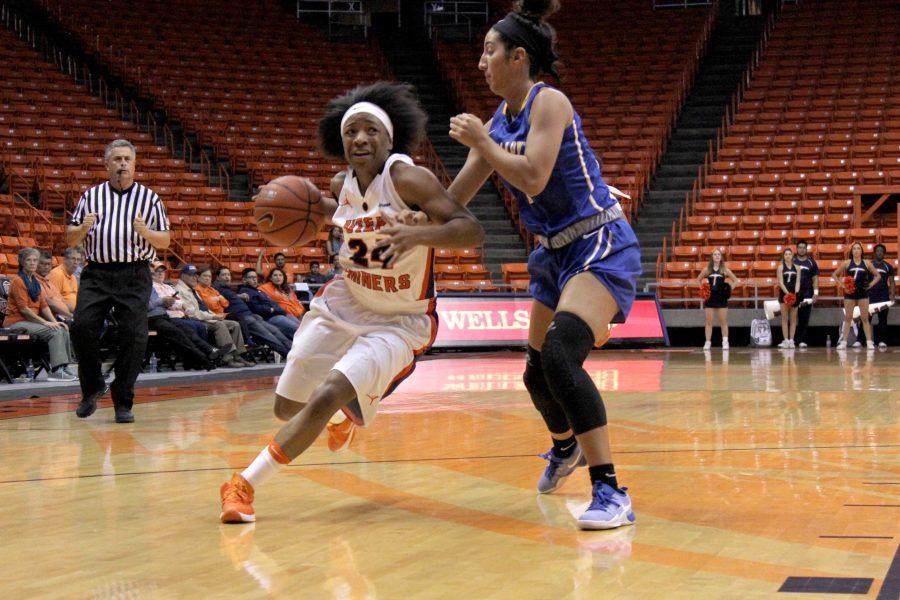 The women’s basketball squad hope to find success through their season opener against Northern Arizona.

The UTEP women’s basketball team anticipates their 43rd season in program history when they take on Northern Arizona on Friday, Nov. 11, at the Don Haskins Center.

Head coach Keitha Adams is embarking on her 15th season as head coach for the Miners and is coming off a co-Conference USA title.

Last season, the Miners hit a high point. They cracked the top-25 last season with their 11-game win streak from December through late January. They finished 29-5 and shared the conference title after their magical 94-91 victory over Charlotte. However, the Miners fell in the second round of the C-USA tournament to Old Dominion, which ruled them out of the women’s NCAA tournament. But, their season was not over. They crawled up to the elite eight of the WNIT and fell to Oregon in a tough 71-67 match.

The page has now turned. The group is ready leave the past behind and start anew. With only one returning starter in guard Jenzel Nash, the squad is tasked to adjust quickly to the game and re-formulate.

Prior to the season, seniors Nash and Taylor were voted to the C-USA Preseason Team, which was selected by the head coaches in the conference. Nash, the returning leading scorer for the Miners (13.8 points per game), is expected to have another breakout season. Taylor, who proved her talents off the bench and contributed with stellar minutes, is hungry for her breakthrough season as a true starter for the Miners.

Over the weekend, the Miners debuted their talents against another team for the first time. They rolled over St. Mary’s, Texas, 72-54, in their first and only exhibition game of the season. It was a chance for coach Adams to get a feel for her young talent while showcasing her players in their key roles.

“It was not a bad first outing,” Adams said after the game. “We have a lot of young players and lot to learn. We had some moments where we did some good things that we’ve been working on in practice and then we obviously have some areas that we really need to work on. A lot of our new, young players were a little bit nervous for their first big outing under the lights, but I like our kids. We just have to settle in, and as they get more comfortable we’ll be better.”

The newcomers and bench players, as stated by Adams, had quite an outing during the game. Their bench outscored the Rattlers 36-8 in the win.

Throughout the game, the Miners shot 39.1 percent from the floor and outrebounded the Rattlers 55-35. Seda led the force on the boards with 10 for the day.

The Miners hope to shift their success they had during the exhibition game to their first regular season game against Northern Arizona. Tip off will begin at 7:05 p.m. on Friday at the Don Haskins Center.