New efforts are made to encourage El Pasoans to vote in local elections. 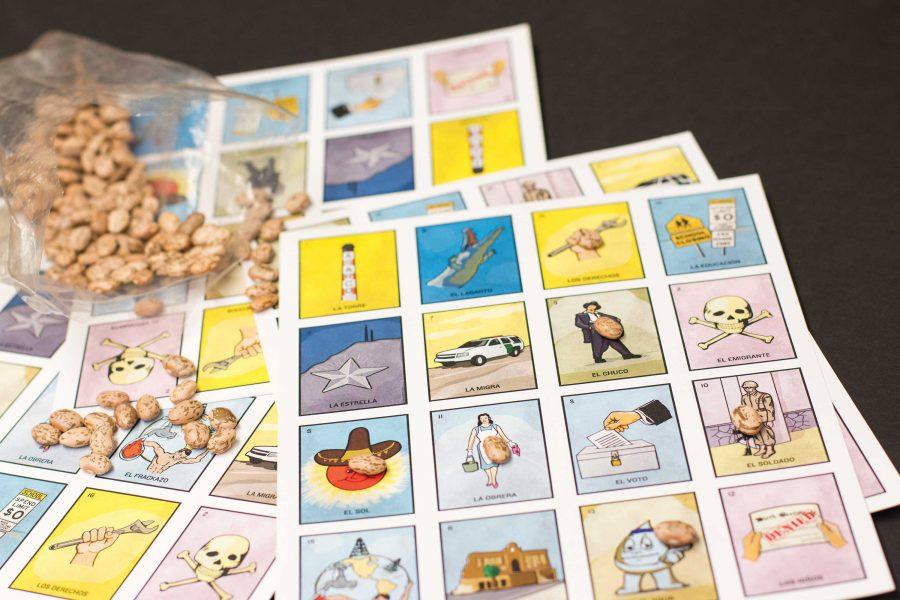 La Lotería, also known as Mexican Bingo, has been a favorite pastime in Mexican culture for generations. Whether played on holidays with family for prizes or teaching U.S. children Spanish—the century-old game is one many have become familiar with.

Cemelli de Aztlan, a lecturer in liberal arts at UTEP, along with being a member of El Paso Equal Voice Network wanted to inform El Pasoans and young voters about the importance of voting, and used the popular game to inform potential voters with their version­—Juego De Voteria.

The EPEVN network is made up of local organizations such as La Mujer Obrera, AYUDA, Border Network for Human Rights, Texas Rio Grande Legal Aid and the Paso del Norte Civil Rights Project. These organizations work together to address issues affecting low-income families in the community.

Because it’s an election year, the coalition wanted voter engagement to be their main focus.

The network wanted to address the fact that, when it comes to the issues, the root of change is policy.

“Voters in El Paso were mostly coming out for the presidential election despite the fact that local elections matter more,” de Aztlan said.

Each square of the Votería cards tells a story about an issue at hand in the El Paso community such as fracking, children being denied their birth certificates and immigration policy.

“We got really great funding and printed about 200 card games. It comes with curriculum in both English and Spanish and goes into specific issues, making it a great teaching kit,” de Aztlan said.

De Aztlan and those working with the network have been going to different community events and setting up the game to teach the issues at hand in a fun way.

“We just set up the table and play and it gives people that spark of knowledge,” de Aztlan said. “It’s like that moment of realization or enlightenment that we get them to as far as realizing that their vote matters.”

Local artists Zeke Peña and Rogelio Lozano collaborated on the artwork for the game. They worked together for months on the illustrations and meaning behind each image.

The game has now been inducted into the Austin Nettie Lee Benson Latin American Collection at UT Austin.

“Despite the fact that it’s very El Paso specific, people can relate to the issues anywhere, specifically communities of low-income and color,” de Aztlian said.

De Aztlan continues to give around two Votería presentations each week. She wants people throughout El Paso to feel connected to the issues through the game.

“You also see that you and your culture are important in the political process despite the historical neglect that we’ve been invisible and left out,” de Aztlan said.

De Aztlan also wants El Pasoans to know that their basic needs can be met just from voting.

“In the end no matter who wins, every vote that’s submitted translates into federal and state dollars that pave your streets and fund your schools, and so it really presses on people to consider why their vote matters,” De Aztlan said.

The United States Census Bureau predicts that in the 2020 elections, minorities will become the majority population. The EPEVN network has started on a 20/20 vision project to address this.

The community is invited to Votería training sessions, where participants can become voter registration deputies and inform others about the issues and register them to vote.

“For the winners we give them a mazapan de la rosa (common Mexican candy). I say, here’s something sweet, despite the bitter truth,” de Aztlan said.

To learn more about the game and upcoming training sessions, visit elpasoequalvoice.org.