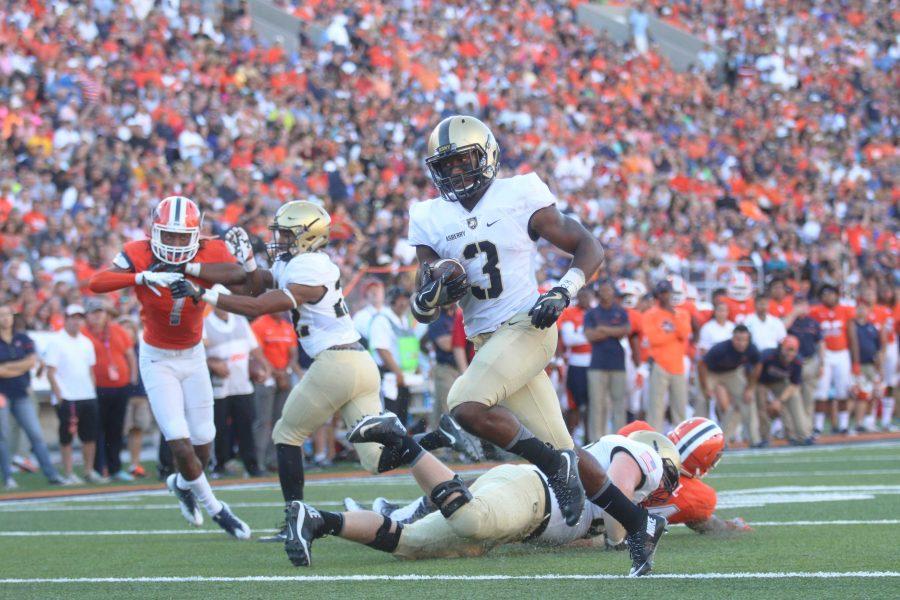 “One nation, one team”: the slogan going into the special Army-UTEP game to honor veterans, soldiers, and others in the army. Throughout 60 minutes of play, it was truly one team, the Army Black Knights, who performed outstandingly in front of 37,893 fans in the Sun Bowl with a resounding 66-14 win over the Miners.

“We simply got our ass’ whooped,” head coach Sean Kugler said. “They out-preformed us, they out-coached us, and they deserved the win after losing their teammate [Brandon Jackson].”

The Miners, who looked unprepared to fight against the Black Knights, did not stand a chance from the start.

Army began the first half with a tremendous amount of steam offensively, not letting the Miners stop them at any point. Through four drives, they scored four separate times, and simply bullied the Miners’ defense.

The first quarter passed through a blink of an eye as the Black Knights held the majority of the time of possession. Through 45 plays, Army was able to shave off 22:33 minutes off the clock and allow no time for the Miners to get anything going on offense.

“We’ve never played a team where we sat on the bench for so long,” running back Aaron Jones said. “It was tough to get the run going. They were fundamentally sound.”

Through 30 minutes of play, Army rushed for 190 yards, compared to only 17 yards by UTEP. They had three rushing touchdowns scored by three different individuals—Darnell Woolfolk, Chris Carter, and Ahmad Bradshaw, respectively.

The drive counts speak for themselves; the first drive to open the game, Army pounded a 14-play, 65-yard drive for nearly eight minutes. During the second drive, the Black Knights held a 12-play, 80-yard drive. The third and fourth drives were eight and 12 plays for 60 and 82 yards, respectively.

It was total and utter dominance on the Black Knights’ end.

The Miners only put up 65 yards of total offense in the first half and were forced to punt on each occasion with the ball. They only converted 1-of-4 third down conversions, compared to Army’s 7-for-8 conversions.

The second half was not much difference. The Miners had a quick three-and-out to start the half, followed by a 33-yard touchdown run by Andy Davidson of Army. Then, to make matters worse, returner Walter Dawn of the Miners coughed up his kickoff return and Max Regan of Army scooped up the ball for a 13-yard fumble recover for a touchdown.

A speck of daylight was shed as the Miners reached the end zone from Jones’ 24-yard rush to the end zone; but, like last game’s 41-7 loss against Texas, Jones only found the end zone once. Jones, who came into the game second in the nation for rushing yards, finished with only 49 yards of rushing.

In fact, it was Army who continued punching the ball in for six. They scored four more touchdowns—three on the ground and one through the air. At the end, the Black Knights clocked 44:38 overall time of possession and an impressive 424 yards on the ground.

And, as the clock struck zero, the Miners could not do anything but hang their heads low as they exited the Sun Bowl. But, Army, who is 3-0 on the season, pointed their fingers to the air after dedicating the victory to their cornerback, Jackson, who passed away last week in a car accident.

“Brandon’s going to be on our minds for the entire season and as long as we live,” linebacker Andrew King of Army said. “We lost a brother that we love and we continue to fight for him.”

Next, the Miners will face Southern Mississippi on Saturday, Sept. 24, in the Sun Bowl. Starting quarterback Zack Greenlee, who completed 7-of-15 passes for 106 yards, said that his team needs a revitalization from now until then.

“We have a big task against Southern Miss next week,” Greenlee said. “It’s time to flip the page and flip it fast.”
Adrian Broaddus may be reached at [email protected]