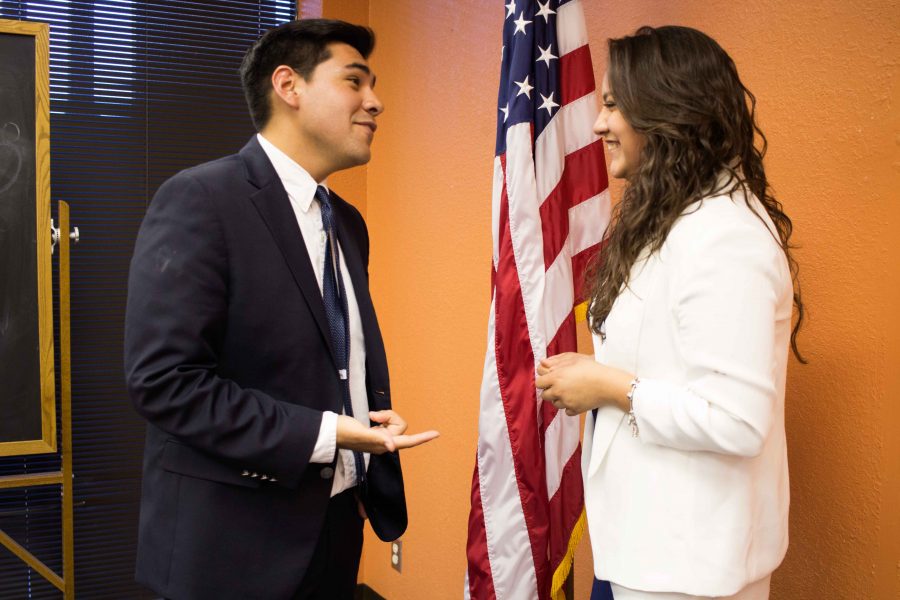 UTEP’s College Republicans—a sector of The College Republican National Committee (CRNC)—has always been a political group, where students with the same ideological and religious views may also agree on their political stances. However, with one of the most controversial Republican nominees on this year’s ballot, disagreements have arisen in the organization as meetings begin and as Nov. 8 rapidly approaches.

Second-term president of the College Republicans, senior political science major, Justin Cruz, will stand with the Republican Party to endorse Trump for president. Cruz also grew up in a conservative family from Sugarland, Texas.

“I do not agree with Trump 100 percent,” Cruz said. “There are a lot of things that he’s said that are definitely offensive and a lot of things I don’t agree with, but when I outweigh the options, I look at one of the biggest factors: the Supreme Court.”

With the current vacancy in the Supreme Court, Cruz does not want to see a liberal as a judge, and feels that would be inevitable if Clinton was elected president.

“There are some students in the organization that told me, ‘Justin, we’re not going to vote for Trump,’ and I’m not here to sway anybody a certain way,” Cruz said.

None of the members have told Cruz that they would be voting for Hillary Clinton or not voting at all, just that they will not for Trump.

“I can see some tense meetings coming up in the sense that we’re going to have a heavy discourse between those who are for Trump and those who are not,” Cruz said.

Mariana Prieto is a senior communications major and vice president of the College Republicans. She grew up in a conservative family, with some members who consider themselves as Democrats, but she is strong in her Republican views. Prieto was a proud Marco Rubio supporter, then turned to Ted Cruz, and now chooses Trump because she said it is the only way she could go.

“It was very hard for me to wrap my head around it,” Prieto said. “I was the first one to say ‘no! I’m not going to vote for Trump, you got to be crazy’. But after a conversation with the chairman of El Paso Republican Party, Adolpho Telles, kind of helped me see the light.”

The organization often meets with Telles, who talked to the group about why they should support Trump. With approximately 20 members in the College Republicans, Prieto estimated that about 75 percent of its members back Trump.

“We’re all proud of who we are, but there is a little bit of uneasiness, I guess you could say, Prieto said. “It’s literally become the elephant in the room, we don’t want to really talk about it.”

The Harvard Republican Club, the oldest College Republican chapter in the nation, released a statement on Facebook that for the first time in 128 years, they will not endorse the Republican presidential nominee. The club refuses to support a candidate, who they say has failed to educate himself on issues that matter most to Americans.

“I completely understand and I completely respect (Harvard’s decision), but I also understand that they’re in a more liberal scenario,” Prieto said. “We’re true conservatives, we are fiscal conservatives. We are the Christians, we are pro-life, and whoever stands behind those values is who we support, and in this case it’s Trump.”

Prieto also said if there were a better option on the Democratic ballot, she would not hesitate to vote non-Republican.

“In this election, the alternative is just someone who I can’t align myself with. If Michelle Obama were to run for president, I would vote for her in a heartbeat, even as a Democrat, but I’m not going to vote for Clinton,” she said.

The College Republicans’ next meeting will be held 4:30 p.m., Tuesday, Sept. 13, at the Riverview Room on the first floor of Union East.