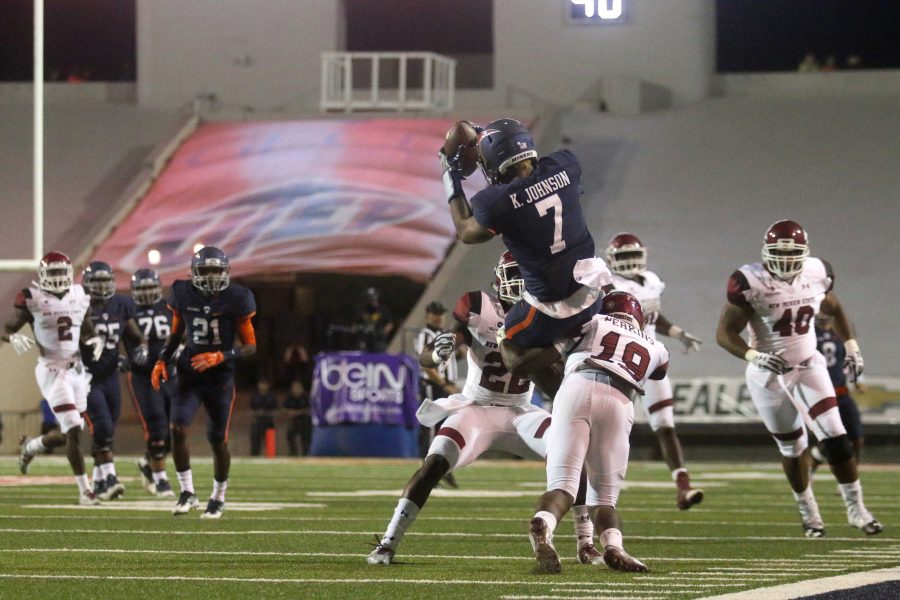 Second-string quarterback Kavika Johnson will be expected to start for the Miners against the Longhorns on Saturday, Sept. 10.

After only one week of action with the quarterback, head coach for the Miners, Sean Kugler, announced that starting quarterback Zack Greenlee has a slight tear in his MCL, a separated shoulder and a broken finger; and as a result, Greenlee will miss the game against the Longhorns on Saturday, Sept. 10, and up to two weeks after that. Greenlee will be expected to return after the non-conference play when the Miners take on UTSA on Sept. 24.

Now, the quarterback core turns to Kavika Johnson and Ryan Metz to lead the charge at the quarterback position. Kugler will probably utilize both; however, throughout the end of their summer camp, Johnson took the majority of the second team snaps. More than likely, Johnson will get the starting job, which will be his first start for the Miners.

The Miners will travel to Austin to face the Longhorns this weekend, and return next week to face Army at home on Sept. 17. The game versus Texas will be shown on the Longhorn Network.