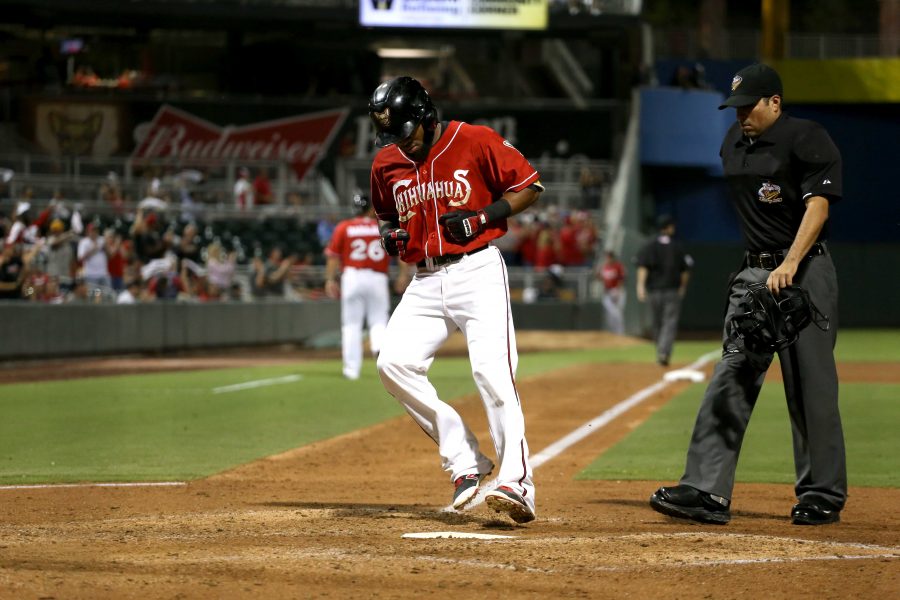 Despite a late game rally, the El Paso Chihuahuas fell just short in game one of the Pacific Conference Championships, losing 6-5 in 12 innings to the Tacoma Rainiers at Southwest University Park.

Over the course of the first eight innings, it was a night of missed opportunities. The Chihuahuas were 2-for-19 with runners in scoring position.

“Today was not our day,” said Chihuahuas Manager Rod Barajas. “It was encouraging that guys were on base, we had opportunities every single inning to do some damage, we just didn’t figure out how to get over that hump.”

Out of nowhere, in the bottom of the ninth, the Chihuahuas bats came alive. Manuel Margot drove in the first run with a RBI double, then scored the game-tying run on a double play throwing error to first. After the error, the Chihuahuas failed to capitalize with two on and two out.

In the 12th inning, Tacoma finally closed the show. Pushing one run across thanks to a Zach Shank RBI single.

After a three up, three down first inning, Chihuahuas starting pitcher Frank Garces ran into trouble in the second inning. The left-hander gave up three runs on five hits, to put the Chihuahuas in a 3-0 hole before getting out of the jam.

After 10 hits and five runs, Garces was pulled one out into the fifth inning.

The Chihuahuas’ offense responded by scoring one run in the fourth, fifth, and sixth inning. Manuel Margot headlined the offensive attack with a mesmerizing first pitch home run off a fastball to center field.

The Margot shot to center was one of the few quality looks the Chihuahuas got off of Tacoma starting pitcher Jarrett Grube.

With a three-pitch arsenal, Grube was most effective using a nasty changeup. In the first inning, Grube struck out PCL MVP Hunter Renfroe on a changeup in the dirt.

“He’s a crafty veteran type pitcher,” Barajas said. “He’s been around awhile and when he sees young aggressive hitters out there ready to swing the bat, his job is to kind of play with them, tease them. We didn’t do a good enough job adjusting to what he was doing, he made pretty easy work of us.