New journalism professor makes her way to the border 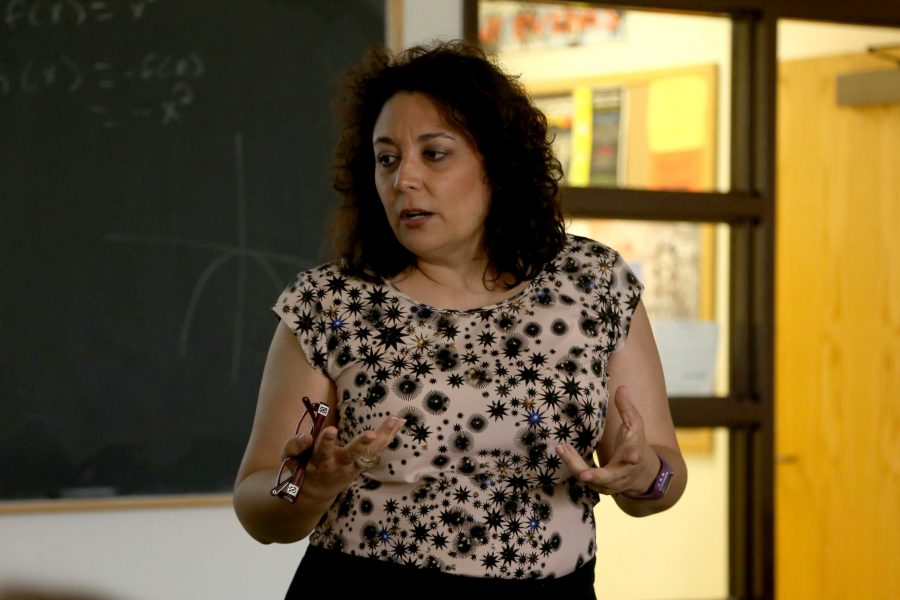 Student journalists at UTEP are welcoming a new addition to their multimedia journalism program. Professor María de los Ángeles Flores will be teaching research methods and Borderzine along with professors Zita Arocha and Kate Gannon.

Flores, an admirer of Arocha—a National Association of Hispanic Journalist Hall of Fame inductee and Borderzine director—knew she had to apply when a position opened in the UTEP communication department.

“To me it was amazing to have the opportunity to even apply to work with such a great person,” Flores said. “She’s preparing students to cover the border and cover the Latino perspective around the nation so she became my inspiration.”

During her junior year, she stumbled upon radio. One of the local radio producers was looking for local voice talent and Flores figured why not.

With nothing to lose, Flores jumped right in doing commercial spots, eventually working her way up to becoming a radio reporter.

Flores managed her radio job while finishing school, loved it and stayed there for three years until she switched to broadcast.

“The television (station) called me and I accepted and decided to switch and become a television reporter,” Flores said. “I was there for a few years, and then Univision San Antonio came looking for talent.”

She started working in San Antonio thinking it would just be a chance to report in a different country for a year or so, but ended up staying for much longer.

While she was in San Antonio she learned about UT Austin’s journalism program and decided to apply and was able to get her master’s degree.

Flores then became a professor at Texas A&M International University in Laredo, Texas.

Now in the Sun City, Flores is ready to teach and lecture about her passion for journalism. One of Flores’ goals is to get her students to be ready for anything when they enter the field.

“The job market and job descriptions are changing,” Flores said. “So I love the fact that I can conduct research and then make sure that research has some sort of useful ending.”

After conducting research on equipment her students at A&M would need after they graduated, she found the most important thing was a smart phone.

“(The number one digital tool) is a smart cell phone, with all the gadgets for photo, video, audio recording, photo editing, audio and video editing,” Flores said.

Flores will continue to research to find out what trends the job market is going in for journalists, and make sure her students are ready.

“I want them to feel like the time and the money they are investing in the multimedia program is worth it because it’s preparing them for the next 30 or 40 years of their lives,” Flores said.

Flores will also continue her research here in El Paso on border journalists.

“I believe that a border journalist has everything to be successful, because to me border journalism is very close to international journalism because you have to be aware of other people’s cultures, points of view, system of beliefs, ideology,” Flores said.

Flores is adapting to UTEP well and feels at home. She said she feels that the El Paso-Juárez border is a great opportunity for to students to learn how to become successful journalists.