Sky Blu plays Top 40 for Minerpalooza and not much else 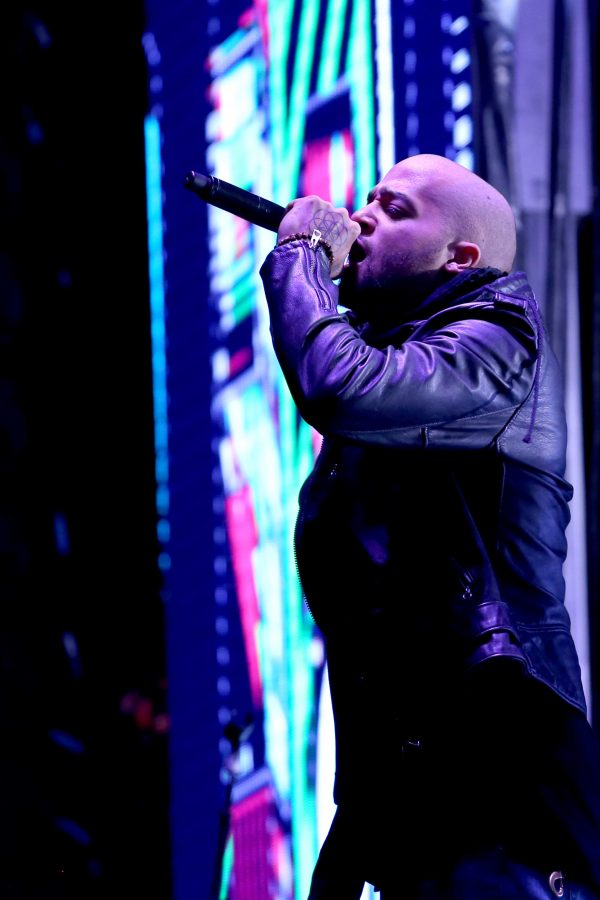 Fans ready to be entertained by Sky Blu were not disappointed, as the former LMFAO star performed “Party Rock Anthem”, the duo’s most popular song, once throughout the night. Other than that, however, the Minerpalooza headliner put on a show that could have been done by an audience member’s iPod.

Aside from “Party Rock Anthem” and maybe two other songs that sound exactly like it, Sky Blu’s setlist was stuffed with Drake, Remy Ma and anything else you will hear on Power 102.1 in an hour. I was told that if you closed your eyes long enough you would disorient yourself and think you were at Dark Horse on a Saturday night.

It hurts me a little to know that the Minerpalooza organizers paid Sky Blu to come down to El Paso only to rip songs from Spotify’s “Like a Baws” rap playlist.

Fortunately for Sky Blu, El Pasoans literally just want to party, and if the music is decent and the speakers blast loud enough, it doesn’t matter if it’s Abuelita in killer shades on stage guessing through her grandson’s music or Sky Blu and friends faking the fact that their presence on stage matters.

Granted, this reporter was getting down to Denzel Curry just as much as everyone else in the audience, but the ease with which anyone could have performed Sky Blu’s setlist is enough to consider how killer my grandmother would actually look on stage in sunglasses.

Easy dude, do you know what we did to Wiz Khalifa when he came through?

“This is a college, right? So who’s trying to fuck tonight?”

Everyone save all the CHILDREN still playing carnival games.

“I better see at least one tit tonight!”