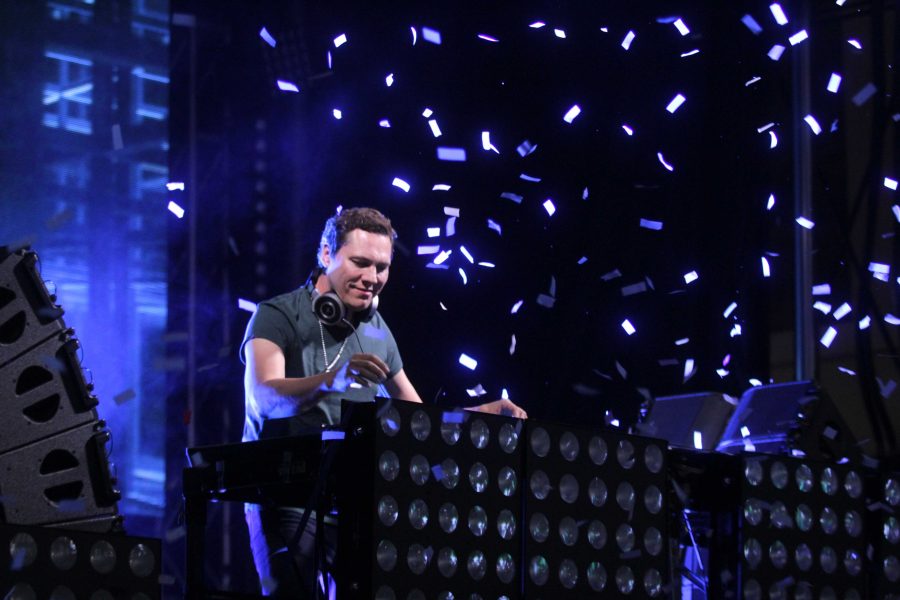 Day two of Neon Desert delivered enthralling acts and served as a memorable close to the sixth-annual music festival. While the first day featured more big-name artists who had a lot of hype prior to the show, the second day surpassed initial expectations with the quality of artists and bands that performed.

Local group Kilo and the Dew opened the second day of the festival in a noteworthy manner. Front man and lead vocalist Jason Daw led the band to an energetic set. They played tracks off their new project, “Road to Victory,” and pumped up the crowd with songs like “Girls Like You,” “Swimming and Outerspace” and “You’ll Never Be a Rockstar.”

Added to the lineup recently, Trill Sammy and Dice Soho were the first performers on the Rio Bravo main stage. They resemble Rae Sremmurd’s style of hip-hop—using a lot of hard beats and energetic vocals. The rap duo propelled the audience with their party-filled raps and was very impressed with the El Paso crowd. Although it was early in the day, there was a notable turnout for the two’s 35-minute performance.

One of the most surprisingly worthy acts was Latin singer Natalia Lafourcade. She was joined by a strong band and appealed heavily to Latin music lovers. Even the fans who were waiting in anticipation for A$AP Ferg appreciated the talent Lafourcade presented. Her soothing vocals, mixed with her talents on the guitar, made for such an entertaining show.

After Lafourcade, A$AP Ferg and Tory Lanez put on one of the most remarkable performances of the entire music festival. The two artists traded off stage spotlight song after song. Not only was their music precisely enjoyable, but also the two rappers have such an extraordinary stage presence. At one point Lanez stage-walked on top of the audience and then a second time stage-dove into the pool of people.

The Latin music sensation Daddy Yankee had a set that was one for the Neon Desert books. Yankee was onstage with backup dancers and the most impressive part was how swiftly he transitioned from song to song. The audience stretched over two blocks for him, and even if they did not know the lyrics to his song, Yankee had everyone dancing to his songs.

STRFKR returned to Neon Desert for the first time since 2013 as they closed out the Paso Del Norte stage. The groovy indie rock band opened their discography to the fans and played some solid tracks from their past and present. The band’s best track that they performed was “Isabella of Castile” because they sounded fundamentally well-rounded and pleased the crowd greatly.

Bringing his old-school hip-hop sound to the stage, Ludacris drew a crowd that stretched more than a block down and exposed the true rap aficionados in the audience. He dug deep into his extensive discography and played a wide variety of his 2000s’ self-made hits. The 38-year-old rapper never lost his sense of swagger and energy throughout his set and appeared to feed off the excited crowd. Anthems, such as “How Low” and “My Chick Bad,” were prime examples how Ludacris appealed so well to the El Paso fans.

Closing off the show, DJ sensation Tiesto brought his notorious deep-house sound to the Rio Bravo stage. Since it was the final show of the day, anyone left at the show was watching Tiesto’s closer. He mashed up popular songs and never seemed to lose the attention of his fans.

Overall, the festival surpassed the skeptical expectations that people initially had when first looking at the lineup. The different sets brought great quality acts and the festival can only be expected to continue to grow from this point.