Scorpions bring the magic of the moment to the Haskins center 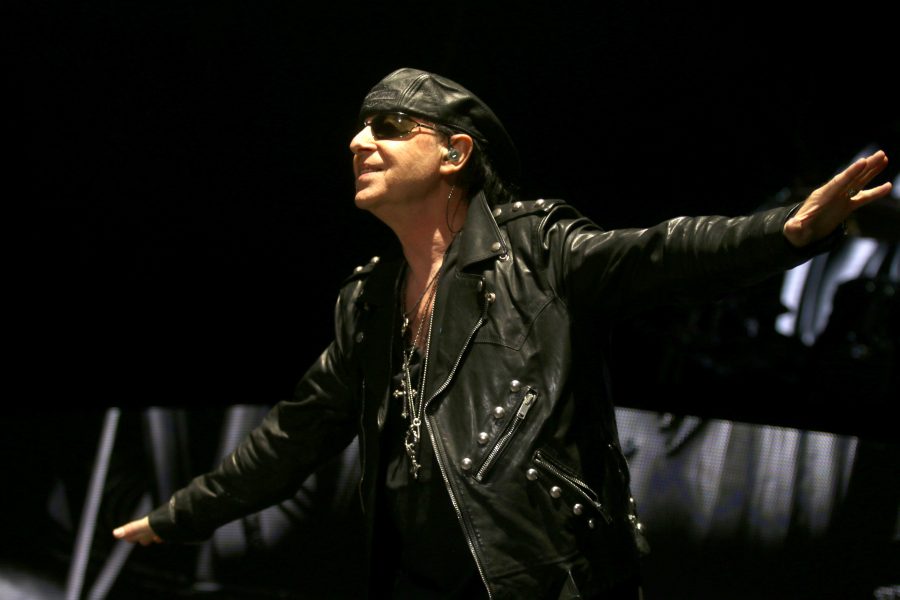 Rock band The Scorpions perform Tuesday, May 24, at the Don Haskins Center.

The second the lights turned off at the Don Haskins Center, the crowd stood up straight, anticipating what was to come. The curtain dropped and the rock band, The Scorpions, took the stage, waiting only a split second to begin performing, and it took the audience less than that to begin cheering.

The German band, whose music spans multiple decades, brought together different generations who swayed and sang throughout the evening.

The concert took place on Tuesday night as part of The Scorpions’ 50th anniversary tour. The band’s front man, Klaus Meine, led the band with his voice, taking them through some of their hit songs like “Wind of Change” and “Still Loving You,” and kept the audience engaged by giving people the floor a chance to sing and speak into his microphone.

During the concert, friends threw their hands in the air and couples held each other in long embraces as the entire crowd sang to almost every song played. The Scorpions, with their odd combination of charm and sweat, performed song after song and continuously gave the crowd a good time.

The Scorpions’ performance was enhanced by a large screen behind them, which displayed different scenes to accompany their songs. One second, the drummer, Miikey Dee, drummed next to a waterfall of blood, and the next, the screen appeared to be on fire, matching the emotion in the song “Kicks After Six.”

Their performance rotated from hit songs and guitar solos to acoustic love songs and drum solos, with Dee being lifted in the air on a second stage that escalated with the pace of his drumming.

Although the band members are all in their mid-fifties and sixties, they performed with youthful energy and seemingly shared it with the audience. Couples took selfies with the stage, smiling wide. Others attempted to hide that the Scorpions’ performance made them cry, but let the tears flow freely by the end of the show.

The band saved their biggest hit, “Rock You Like a Hurricane,” for last, playing it only after the crowd begged for an encore. After 50 years of performances, The Scorpions play like their souls are still in for another decade, giving the audience a perfect mix of nostalgia and rock ‘n’ roll.