‘Civil War’– A fight to define the hero 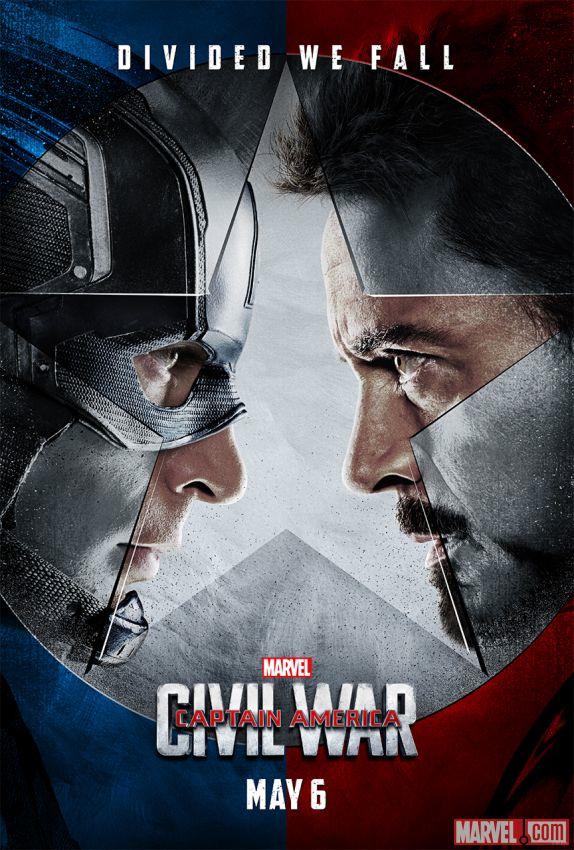 If I can thank my literature degree for anything it is the ability (dare I say superpower?) to sniff out the big questions a film raises. I mean the heavy hitters, the existential-crisis-go-bug-eyed-in-the-shower thoughts that add a whole new dimension to your outlook on life (life, man). Last week “Captain America: Civil War” hit theaters, and like any kid still hoping to get superpowers, the film has been swimming in my head ever since.

On the surface, “Civil War” is the CGI-dependent titanic clash you expect it to be. Just the right amount of eye candy and explosions, maybe one too many Paul Rudds, but still all the motivation to hit the gym as in any other Marvel movie. However, the conflicting viewpoints between Captain America and Iron Man are not just a plot point to get fists flying. Looking deeper, they’re really fighting over what a hero is to its society.

Check it out. Cap refuses to accept the UN’s restrictions because he sees the Avengers as Earth’s protectors against extinction. He feels it to be their responsibility to stop global threats as they happen without having to go through a bureaucratic process (and by this time you’re thinking “oh that’s why his name is Captain America”). It’s a fair idea. The Avengers are powerful beings with a huge responsibility–a responsibility they’ve proven to hold against a Nordic god and a sentient being. What Cap is asking the world to do is to trust in the Avengers’ morality–that they would never use their powers for anything other than the good of Earth. Iron Man, on the other hand, doesn’t see the point in being heroes for a society that lives in fear of them. “If we can’t accept limitations,” he says. “We are no better than the bad guys.” People are dead and cities have been destroyed, and it is a matter of fact that people are afraid of the Avengers. The restrictions, Iron Man believes, will let the world sleep easier.

Is a hero really a hero if the people he protects are terrified of him? Can a hero truly fulfill his duty as an ideal and bring his people to exceed their own limits if he’s weighed down by them? Choosing a side isn’t just preferring sophisticated machinery over genetically enhanced brawn, it’s a decision to define our role on the world stage either as vigilantes, trusting our own moral compass to do what we see as true and honest, or as servants, sidelining our abilities until we hear a cry for help. “Civil War” is asking us to consider how we want to handle ourselves when doing good in our city, our nation and our world. That and whether or not the new Spider-Man is worth a trilogy.

And you thought it was just a cool fight movie.

Eric Vasquez may be reached at theprospectordaily.ent.gmail.com