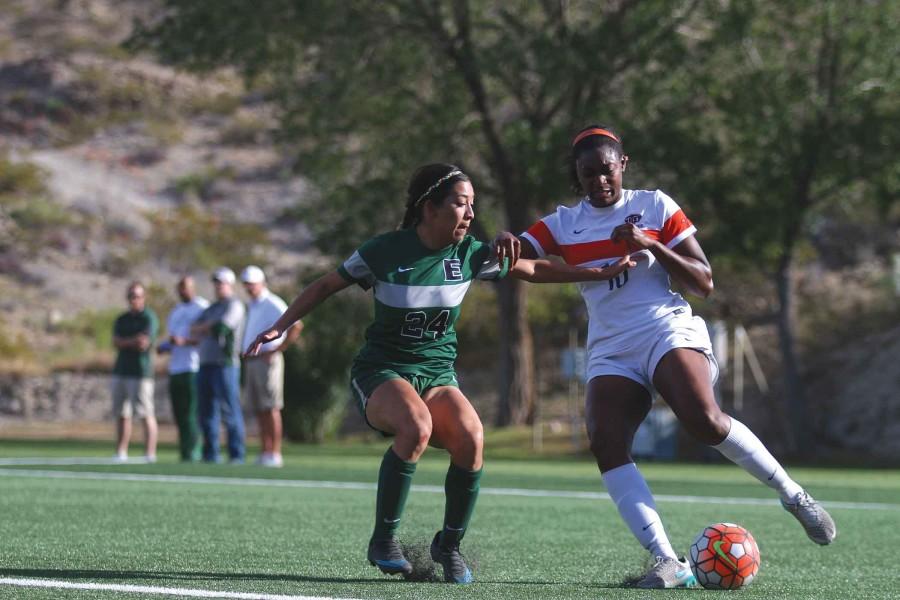 The Miners’ soccer team ended their spring season with another impressive victory Saturday afternoon, April 23, as they defeated Eastern New Mexico 4-0. This marked their sixth and final win of the spring exhibition season.

Throughout the seven games played this spring, UTEP has dominated the field over big conference teams and had key wins over Arizona (2-0) and Arizona State (2-0).

“We all have a chip on our shoulder from the fall,” head coach Kevin Cross said. “We want to have a special fall season and we worked really hard this spring. We came in with new attitude and confidence this season, and in order to translate that success they have to put in the work this summer and work harder.”

The Miners (6-1) executed on offense early on against Eastern New Mexico, moving the ball and pushing toward the goal aggressively. Throughout the spring exhibition season, UTEP has orchestrated their offense through their strong defense that has shut down the opposing teams’ offense. During their final game, however, it was a different story.

The 2-0 lead was not enough for the Miners. Freshman forward Yesenia Contreras scored the Miners’ third goal late in the game. Junior midfielder Bri Barreiro chipped in the last goal of the spring season for the Miners, which constituted for a shutout victory over Eastern New Mexico.

One of the standouts this spring has been Thomas. She has been a factor of the team offensively and had to transition from a defender to midfielder.

“Coming into spring we prepared ourselves for the fall,” Thomas said. “My goal moving into my new position was to score at least once every game for my team, and this spring has really led us into the fall. Spring is good for our confidence, but the summer is what really determines how we’ll do for the fall.”

Now the team will move onto summer workouts in preparation for their fall season. Last season, the Miners finished ninth in Conference USA with a 4-4-2 record. With the success in the spring, Cross believes that it can translate well this fall for his team.

“They should be confident,” Cross said. “We beat two PAC-12 teams and had an awesome spring. We can win in conference, but we have to put in the work all summer.”

Christopher Piñones may be reached at [email protected]