UTEP and ASARCO Collaborate for Exhibit 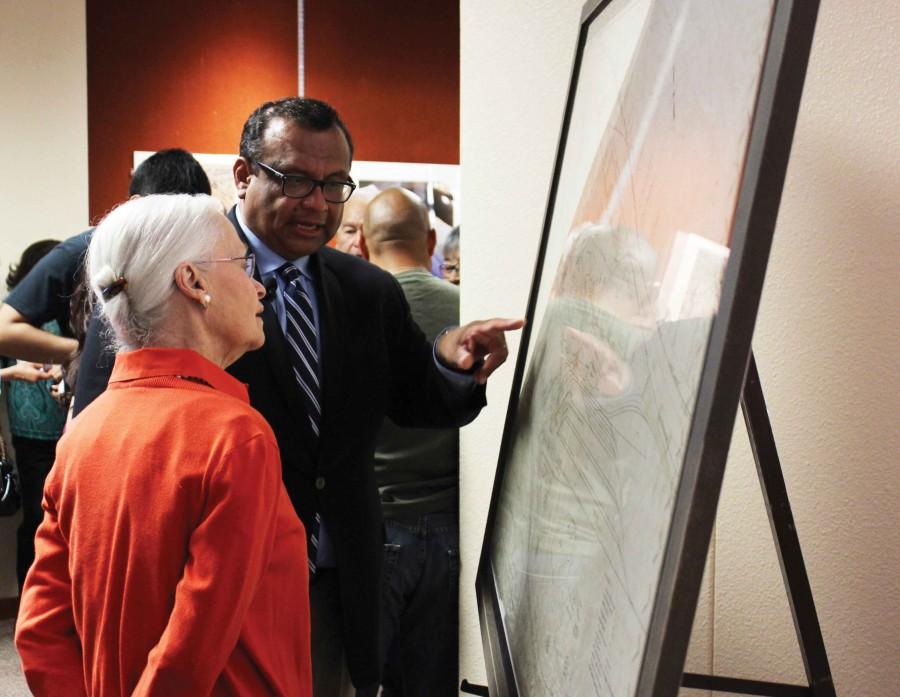 The long-standing collaboration between ASARCO and UTEP didn’t end when the smokestacks were brought down on April 13, 2013. The partnership continues and one of the more visual ways is through the exhibit, “ASARCO in El Paso: A Visual History of Industry on the Border,” displayed on the third-floor gallery of the UTEP Library.

ASARCO Site Custodial Trustee Roberto Puga donated all of the materials to the university and also helped in the process of archiving some of the material. The department of Special Collections at UTEP put the exhibit together, which will be open to the public at no cost for about two months.

Head of Special Collections, Claudia Rivers, said that there were thousands of documents, photographs, manuals and supporting documentation that were handed over to their department.

“I am really happy with how it came out. It definitely gives me a sense of place with where I want to go and that I can actually say that I am prepared to do another major exhibit,” Reyes said.

On April 8 an opening reception was held at the library’s third-floor gallery. Members of the community and those impacted by ASARCO were present along with Puga and UTEP President Diana Natalicio.

Natalicio said that it is important for the community to understand the university’s relationship with ASARCO.

“We hear a lot of people talk about university-industry collaboration,” she said. “Well the truth is it has been going on for a long time, about 100 years, and I think this collection will provide a lot of opportunities to learn about how this region developed, because ASARCO was one of the biggest employers and most important industries, and the mining school really came into existence to produce professionals who could work, not only here, but in mines all over Mexico. So, I think there is a lot to be learned about our own roots as a community.”

Natalicio also addressed the future of UTEP and ASARCO’s collaboration. She said there are no immediate plans, given ASARCO is still in the remediation (meaning cleaning up the pollution) phase this year.

“Of course there has been some talk about the possibility of our acquiring the property, but we are still in negotiations and discussions about that,” she said. “Frankly I hope so, but we will see what happens. We are all patient.”

Puga spoke to the audience at the reception and said that he has enjoyed his time in El Paso since being appointed as the site’s custodial trustee back in 2009. He said he also looks forward to the future of the smelter site and hopes to keep the public’s trust.

“We should be done with the remediation this year and then move to the last phase of my charge, which is to repurpose it. We are working diligently to find the right partner to take that site into the future,” Puga said. “It is an iconic location for the city and it has a very vast and very important history in the city, and I have full confidence that we have left the site in a condition where it can continue as a center of importance for all El Pasoans.”