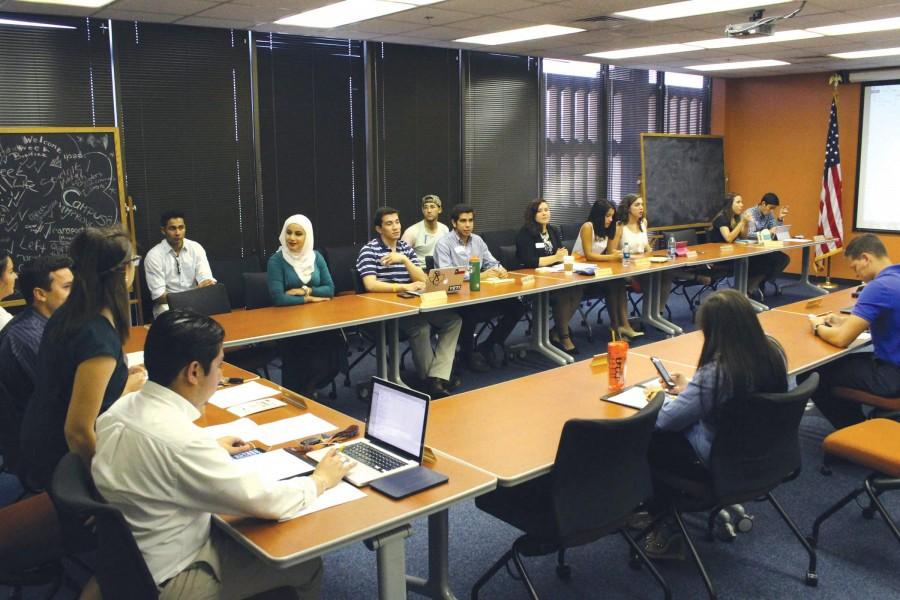 Out of the 23,000-student population, on average only 3,000 students vote in SGA elections.

On April 18, candidates running for an office for the Student Government Association will be announced at 7 a.m. and they will be campaigning for the rest of that week.

Traffic court justice and junior criminal justice major, Kristian Villegas, said that there is always someone running for every position.

Senior organizational and corporate communication major and SGA executive assistant, Hector R. Soltero, has had the experience of running for office himself.

“Names and everything will not be revealed until the day of election, that’s when you’ll start seeing social media and everything explode all over campus,” Soltero said. “It’s a big event for the university and for our office here in student government.”

Out of the 23,000-student population, on average only 3,000 students actually show up to vote, Soltero said.

“We are always trying to encourage students to vote, but it is very hard when you have just one week of election campaigning. A lot of students don’t even know what student government is or how the electoral process works,” Soltero said.

Some ways students can vote are through the poll stations, where a valid UTEP ID is required or online on the SGA website.

Mechanical engineering major, Kyle Davis, said he thinks that there is a huge disconnect between student government and students.

“I don’t really know anyone who is running. So I probably won’t vote. I’m not sure if student government has enough power to change things that matter to us normal students,” Davis said. “I don’t even know anything about the elections, or who is running and what their views or stances are or trying to do.”

The main goal for SGA is to improve campus life through school spirit and policies to better the university environment, Villegas said.

“Just like a regular government, we are representing the students and their needs, and what they want out of UTEP,” Villegas said. “We are basically the voices of the student body. Whatever concerns or issues any student has on campus, you can come up to us and we will amplify your voice to administrators and other departments within the university to improve it.”

Despite not knowing who will be running, some voters such as junior biological sciences major, Fernando Melendez, will be paying close attention to the upcoming candidates before they cast their vote.

“Yes, I will be voting because I believe that the people running for office do want to do good things for UTEP,” Melendez said. “And it is important for students to vote because it’s one of the only ways that our opinions can be heard.”

Gloria Heredia may be reached at [email protected]