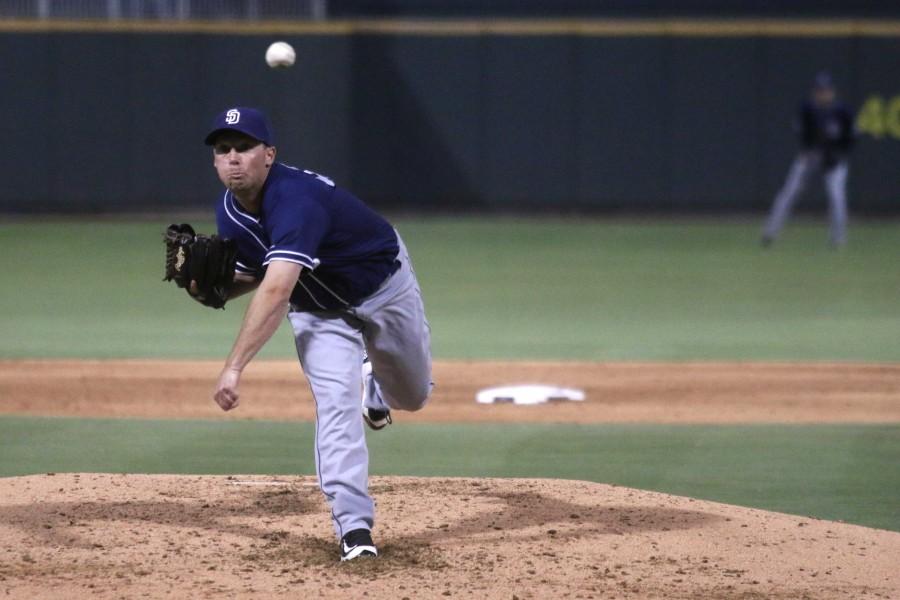 A sold-out Southwest University Park welcomed baseball back to the Sun City as the El Paso Chihuahuas took on the San Diego Padres March 31 in an exhibition match.

The game did not go the Chihuahuas’ way as they lost 13-9 to the Padres in a very close game.

“Fun, exciting, we put a good show for the fans,” Chihuahua’s field manager Rod Barajas said. “You saw a major league team and a Triple-A team with talent.”

The city of El Paso helped welcome the San Diego Padres with more than 10,000 in attendance.

“Not a better place you can play in the minor leagues,” Barajas said. “You sit in the dug out and see the beautiful stadium, and the fans you can hear them throughout the entire game. It really does have the major league feel.”

This game also marked the first time that a professional baseball team has played in El Paso since 2003. That game was the Diablos against the Arizona Diamondbacks, and it was not nearly as close as this one.

Although the Chihuahuas may not of have won the game, their bats did come alive early. El Paso quickly took a 2-0 lead at the bottom of the second, with Chihuahuas’ player Hunter Renfro scoring the first home run of the year against the Padres’ pitcher Robbie Erlin.

Robbie Erlin’s woes would not go away quickly, as Yeison Asencio drove another run in early. Mike Olt scored off Asencio’s hit to make the score 3-0 Chihuahuas.

The Padres responded in the next inning, and Jabari Blash began his great day early as he hit one out of the park with one man on base to bring the game to 3-2.

The Padres continued to attack with their offense against Chihuahuas’ pitcher Carlos Pimentel. Travis Jankowski was walked by Pimentel to help put a man on base. The Padres leveled the score and took the lead before the end of the inning, making it 4-3.

The Chihuahuas had added motivation to play well as this was more than just an exhibition game. For the Chihuahuas, this was an opportunity for the players to show off their game to the club they hope to play for in the major leagues.

The game ultimately ended with Southwest University Park half empty, but the fans who remained were up and cheering for their team. Whether the Padres will return next year or any time in the near future remains to be seen.

The regular season for the Chihuahuas will be kicked off on the road when they take on Reno on the April 7. They will they host Reno for the first home game of the 2016 campaign on April 15.