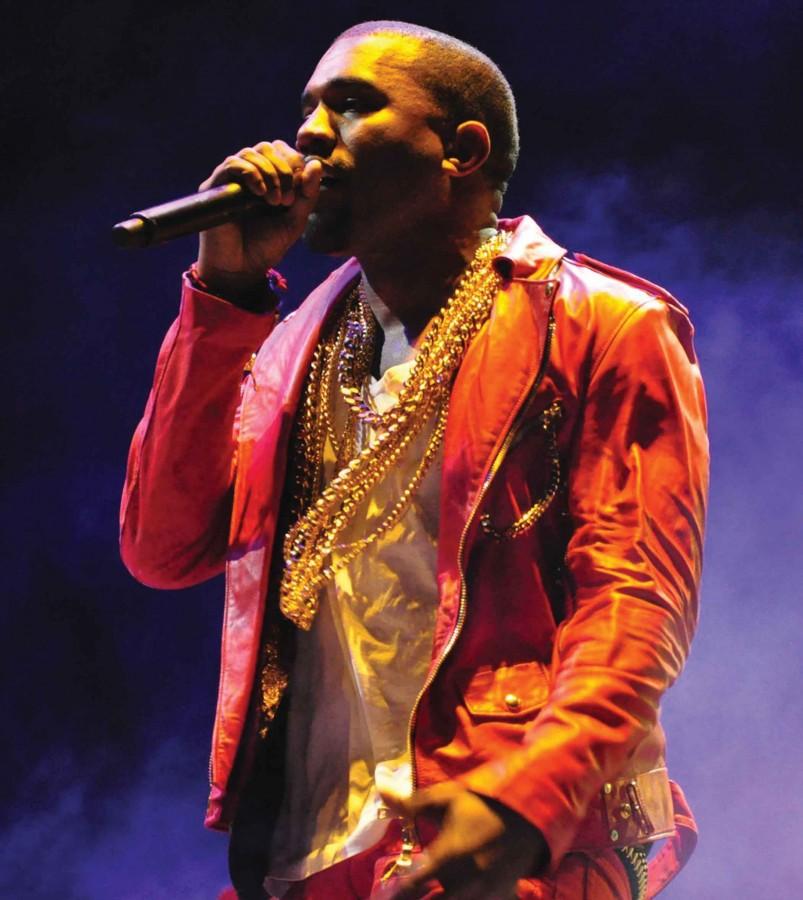 Kanye West’s premired his album “The Life of Pablo,” which will not yet be sold in stores.

The new Yeezy album revolves around peace, love and embracing music; the exact opposite of what Kanye West is known to make musically. Kanye’s seventh studio album, “The Life of Pablo,” implements bits of all his past critically acclaimed six albums and fuses it with contemporary, unblemished music.

The album underwent a few title changes. First, there was “So Help Me God,” then “SWISH” and “WAVES,” until he finally decided on “The Life of Pablo.” West seemed to settle on “WAVES,” but was involved in a Twitter feud with Wiz Khalifa because Wiz believed Max B, a legendary hip-hop artist from the ‘90s, was the only one who could be described as “wavy.” Kanye took the tweets personally and retorted with a strong defense, even talking about Wiz’s ex-wife, Amber Rose, and his child. Although West and Khalifa patched up their beef, Kanye decided to change the album title a week before its release.

Along with the altercation with Wiz, Kanye did a lot of other things to attract the spotlight in anticipation for this album. He is not much of a social media head, but recently he took Twitter by storm to further hype people about this album, calling it “the greatest album of life.”

This record has many different interpretations. On a global scale, Kanye references political issues, religious persecution and social concerns. He takes a trip into his personal life by discussing problems with him and his wife, Kim Kardashian, and explains how he is finally escaping all the marginalizing critics and dealing with his inner demons.  Features on this album add unmistakable flavor to the 17 tracks.

In the past, Kanye has featured many different intros reflecting on his life, such as “Wake Up Mr. West,” from “Late Registration,” “Say You Will,” from his album “808s and Heartbreaks,” and “Dark Fantasy,” from “My Beautiful Dark Twisted Fantasy.” But opening this album with “Ultralight Beam” shows something we have never seen on a Kanye intro: gospel hip-hop. The track speaks about Kanye’s unnoticed strong faith in God. He uses The Dream, Kelly Price, Kirk Franklin and a choir to add to the angelic harmony, which Kanye is able to achieve in this inaugural song.

The most significant part of the song is Chance the Rapper’s verse. Chance, a Chicago native like Kanye, looks up to West as musical inspiration, and his verse ranks amongst the best on the album. He spits, “He (Kanye) said let’s do a good ass job with Chance three, I hear you gotta sell it to snatch the Grammy.” As an independent artist, Chance has never sold an album, but jokes how he needs to sell his next album so he can finally receive the credit he has strived for: a Grammy.

West transitions to the second portion of the album smoothly with the same gospel vibe, but after Future opens “Father Stretch My Hands, Pt. 1 & 2,” a hard, snare beat kicks the song off with Kid Cudi’s hook. The song begins in a tone of remembrance towards his ex, Amber Rose, and how nothing was right between the two. The second part references his parent’s divorce, and how he feels he is heading down the same path with Kardashian because he is always working, just like his father used to.

On “Famous,” Kanye collaborates with Rihanna and uses libs by Swizz Beats throughout the track to make a thrashing, yet soulful track. The song has resemblance of past work Kanye and Rihanna have done such as “All of the Lights.” His first line on the track is deemed controversial: “I feel like me and Taylor might still have sex/Why? I made that bitch famous.” These lyrics are a common misinterpretation and West was badgered by critics for this no-filter line. Apparently, Taylor Swift said, while talking with her colleagues, that Kanye made her famous.

Although he has been out of the rap game for three years, Kanye praises his new work on “Feedback.” In the past, he has referred to himself as a genius and lyrics like “Name one genius that ain’t crazy” add to his fierce claims he makes for himself.

Although some might skip through “Low Lights” because it is just a voiceover, Kanye placed this song on the record for deep, spiritual meaning. The track, as Kanye explained in a tweet, is for “all the moms driving they kids to school then going to work.” The song praises the Lord, which adds to the theme of religion on the album.

“Highlights” is one of the best produced songs on the album. Yeezy teams up with Young Thug to make a lashing duo-intro. The track makes references to all the prominent work he has made in the past, like “Power,” “Heartless” and “Stronger.”

In “Freestyle 4,” Yeezy exploits his inner demons with a screeching tune added to his voice.

“I Love Kanye” is a satirical acapella track that speaks against anyone who used to like Yeezy, but now cannot have the same respect for him due to his heavily disputed out-of-the-studio antics.

The song that nearly missed the album if it had not been for Chance the Rapper pushing for the track is “Waves.” It features Chris Brown and is an excellent addition to “The Life of Pablo.” While Kanye gives homage to his mother throughout the track, Chris Brown uses the term “waves” as a double meaning. He believes, like a wave in an ocean, he will never truly die because of the opportunity he has seized. Also, by waves crashing, Brown refers to spending an evening with a lover.

Kanye revisits his aggressive approach to verses like those from his album “Yeezus” on “FML.” Instead of its perceived meaning, Kanye uses “FML” as an acronym for “For My Lady.” Along with The Weeknd, he discusses problems that he has with Kim, and how to properly remain truthful to her.

“Real Friends” was the second single leading up to the album. The self-produced track speaks wonders toward Kanye’s personal life. The melancholic tone with the standout production is a relishing attachment.

“Wolves” displays intricate beauty in such a somber song. Yeezy raps about his battle with constant depression, something unexpected from the successful artist. The most notable part of the track is the outro sung by Frank Ocean. Both use wolves as a metaphor— Kanye refers to wolves as vicious people who simply strive on hatred and from a biblical standpoint, while Frank explains the transformation of a human into a wolf.

“No More Parties in LA” was his third single before releasing the album. The song, featuring Kendrick Lamar, reflects on stardom and criticizes the different problems of being rich.

The first single prior to the album, “Facts,” is a diss track, where all Kanye raps about are facts. He brags about his success with Adidas and fires some heat toward Nike for not being nearly as big as his Yeezy Boosts.

The last track on the album, “Fade,” feels like an escape through space. It is almost a cliffhanger to the album, leaving listeners wanting more. By no means does this discredit the fulfillment of the album, but it almost feels like there will be more to come. The first version of the song, performed at the Yeezy Season 3 album listening event, featured Ty Dolla $ign and Post Malone. However, this song is not the same one from the listening party, it is an entirely new song.

A notable feature of the album is the use of the name Pablo, which has a quadruple meaning. He refers to Pablo as his inspiration: Pablo Escobar, the drug lord, Pablo Picasso, the world-renounced artist, Pablo Nerunda, a prominent poet and diplomat and San Pablo, or Saint Paul, one of the most significant messengers in the bible. Kanye also finds a relation to Saint Paul, who once denounced the Lord, for his reformed ways.

With post-release tweets indicating his desire to perfect “Wolves” before selling the album, promoting Tidal to listen to his album and his wish for Mark Zuckerberg to invest a billion dollars toward improving the world, there is no telling what Kanye will do next.