Give the Miners time and temper your expectations 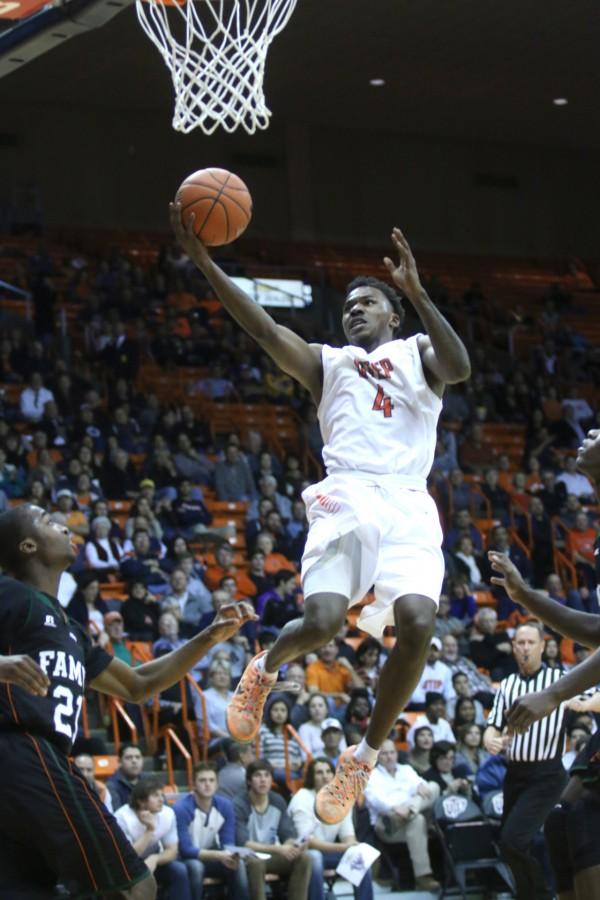 In the words of the great philosopher, Aaron Rodgers, fans of the UTEP men’s basketball team and media members alike need to relax. The Miners are 6-0 for the first time in 15 years and the local media is already propping them up as the best team coach Floyd has had in his six years.

Let me preface this column by saying that I am staunch supporter of the men’s team and I wish them nothing but success. But this early season anointing and propagation that this team is really good  need to stop.

Granted, the Miners have had six games and have won them all, but they have played against subpar teams for the most part and when you break down this team, there are plenty of flaws that will be exposed down the road.

This is all too similar to last season with the fast start of Vince Hunter. He was unguardable, a freak of nature, the best player on the team and NBA ready by all early season accounts.

Then conference play came around. Teams were prepared; they studied the tape and swarmed the former Miner. Granted, Hunter did play well in conference, but his level of play did drop.

His field goal percentage dipped, turnovers increased, while his propensity to foul stayed intact. Let’s not do this again with this team or any of its players.

This edition of the Miners is young, talented, exciting, and promising for the future. With that said, it is not fair to re-raise the level of expectations for a team that will most likely win 20 games and finish third in the conference.

If the Miners win the conference, win 25-plus games and make the NCAA tournament, they overachieved. As previously stated, this team has a lot of flaws, and here are a few.

The first off they have little to no front court depth. They lost 7-footer Matt Willms for the season, and freshman forward Brodricks Jones will be out for an extended period of time as he recovers from surgery on his meniscus.

The second is their lack of experience. Half of the team is comprised of freshmen; redshirt freshmen and junior college transfers. This is not a team that is filled with four-year seniors; they are young and inexperienced for the most part.

Lastly, they are still learning how to play at the collegiate level. Tim Floyd loves to employ man-to-man defense, and through six games, his team has shown that they are not ready to use that type of system on a consistent basis.

As the season goes on, the Miners will gain the experience, learn how to grasp different concepts and find success. But there is no way to offset injuries. Willms and Jones are not the only sidelined Miners

Josh McSwiggan is still recovering from a torn meniscus and dealing with eligibility issues. Omega Harris will not return until next semester because of academic probation. And Tevin Caldwell already suffered a concussion this season.

I’ve covered the men’s team as extensively as any college journalist could and I can say with full certainty that this team is nowhere near being a lock for the NCAA tournament.

I am not writing this to diminish their early-season success. This is just a warning to all the Miner fans that create irrational expectations, which only lead to disappointment.

When it comes to UTEP athletics, the fans in El Paso have become habitual complainers. Somehow the Miners are always a letdown. Failing to meet expectations, while never failing to blow their chances.

Fans who think like this do not come in watch these teams play and if they do come, they are not paying attention. Everything is black and white, no nuance and no consideration of circumstances. Take it from someone who is trying to make a living off covering this team; they are not that good yet, so give them time.

The level of immediacy in this town is unreal. Anytime there is a whiff of success, fans think it should be followed with more and more and more. For the love of God, let’s slow down and give this team time.

If you don’t want to listen to me or to people who have better insight on the team, that’s fine. But don’t say I did not warn you.

Javier Cortez may be reached at the [email protected]