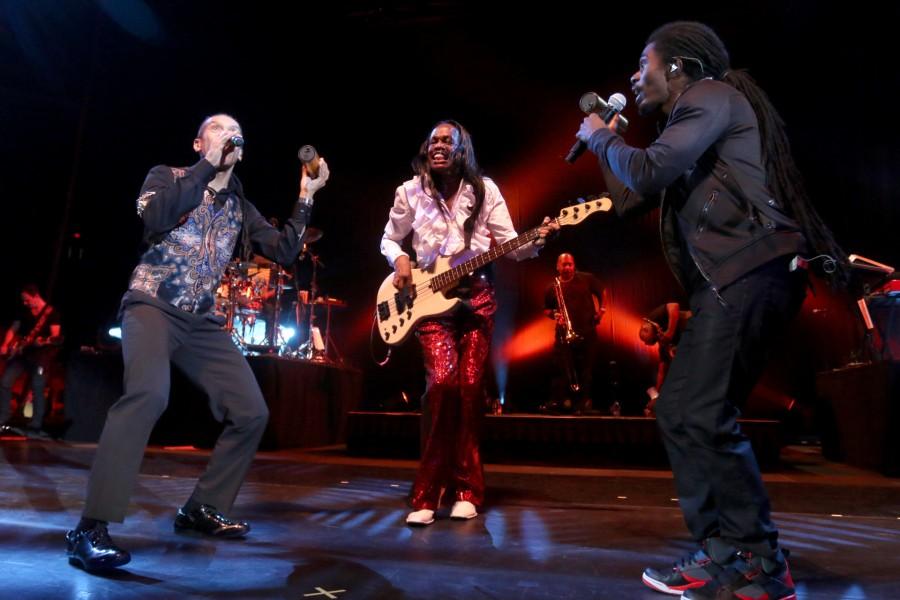 Earth, Wind and Fire performs at the Don Haskins Center on Thursday Nov. 5.

After nearly 45 years of topping the music charts, America’s seventh top-selling group of all time, Earth Wind and Fire, brought their “Now, Then & Forever” tour to the Don Haskins Center on Nov. 5.

Alongside their classic hits such as “September,” “Boogie Wonderland” and “Let’s Groove,” they crooned gentle songs that kept the flow of the show pleasurable for audience members. The band also played songs from their 2013 release album “Now, Then & Forever,” which incorporates the groups R&B, funk, jazz and rock genres.

There vibrant energy of lead singer Philip Bailey pumped the crowd. Saxophonist Gary Bias gave an amazing solo during “After the Love Has Gone,” while bassist Verdine White showcased his talent and energy throughout the show.

The years have not diminished EWF’s presence. Their chemistry and coordinated dance moves proved it’s possible to continue performing from the late ’60s to the 21st century.

EWF closed with “In the Stone” and thanked El Paso for being a great crowd.

According to a press release, the concert will benefit the Hospice El Paso.