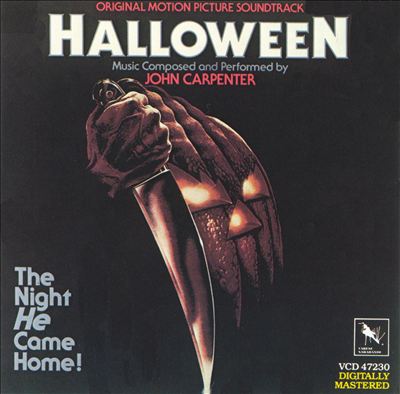 John Carpenter's "Halloween" had a theatrical release back in 1978. The film's musical score heavily impacted it's success.

The creaking of a door… a howling at the moon … the wind gust blowing through some chimes … the creaking of a wooden floor–these are all sounds that we correlate with Halloween. A time when the spookiest of sounds make us cringe and check our surroundings. But nothing sounds more like Halloween then the theme song to the film that celebrates the macabre and gruesome nature of the holiday. John Carpenter’s “Halloween,” originally released 37 years ago this year, tells the story of a masked psychopath who has escaped from a mental institution in pursuit of continuing his menacing murdering rampage he started when he was merely 6 years old. The soundtrack to the film, however, has spurred a cult following entirely on it’s own.

“Halloween” would not be as disturbing and thrilling had it not be accompanied by its enticing score, which was written by Carpenter himself. The success of “Halloween,” a low-budget independent film at the time of release, is largely based on the “Halloween Theme.” Although the basic composition was recorded with low-budget synthesizers, the theme for the film is easily recognizable and has gone on to win awards for the highest downloaded cell phone tune.

Carpenter has been recognized not only for his horror/sci-fi cinematic creations, but also for the music that accompany his films. The son of a music professor at Western Kentucky University, Carpenter knows as much about music as he does about filmmaking. With the soundtrack to “Halloween,” Carpenter crafted short, but enigmatic songs to terrify his viewers. The film itself contains pretty much no gore or blood throughout it’s running time, so Carpenter utilized the power of music to keep audiences at the edge of their seats.

The “Halloween Theme” is a pulsating number. With arpeggios and a 5-4 rhythmic structure, the song quickly captures listeners’ attention. The theme has since been associated with the holiday, utilized at Halloween parties, ringtones, commercials and even a few dance remixes.

The rest of the score is as poignant as the theme song. Highly notable is “The Shape Stalks,” which is comprised of simplistic quarter note followed by a double-quarter note, and many stalker films have emulated it during their infamous chase scenes. “The Shape Lurks,” a slightly different version of “The Shape Stalks,” only intensifies the chord progression that makes the track bone chilling.

The “Myer’s House,” perhaps the eeriest number on the soundtrack, finds it’s appeal on the deep chord of each measure. Again, the number is extremely elementary, but you can hear the bizarre impact Carpenter was going for.

“Laurie’s Theme,” the most elaborative track on the soundtrack, is a slow-paced number, contrary to the rest of the sore. It still comprises of the same simple-yet-chilling effect that the tracks have, perhaps because while it’s playing on the screen, we are well aware of Laurie’s fate, which up until that point in the film she is completely oblivious of.

When Carpenter originally presented the film to the distributors and producers, they asked for the music to be removed from the film with the intention of building a more produced score. They found, however, that Carpenter’s compositions better accompanied the film and they allowed for it to be released with the original soundtrack. The soundtrack soon became known as the scariest of horror film scores.

John Carpenter released his debut solo album “Lost Themes” earlier this year. It’s comprised of similarly haunting tracks. Carpenter should be considered a mastermind at writing and producing songs that will enhance the viewers’ experience of the films he directs and produces, which are equally as brilliant as the creepy sounds that go along with the scenes.