Ability to grow with disability 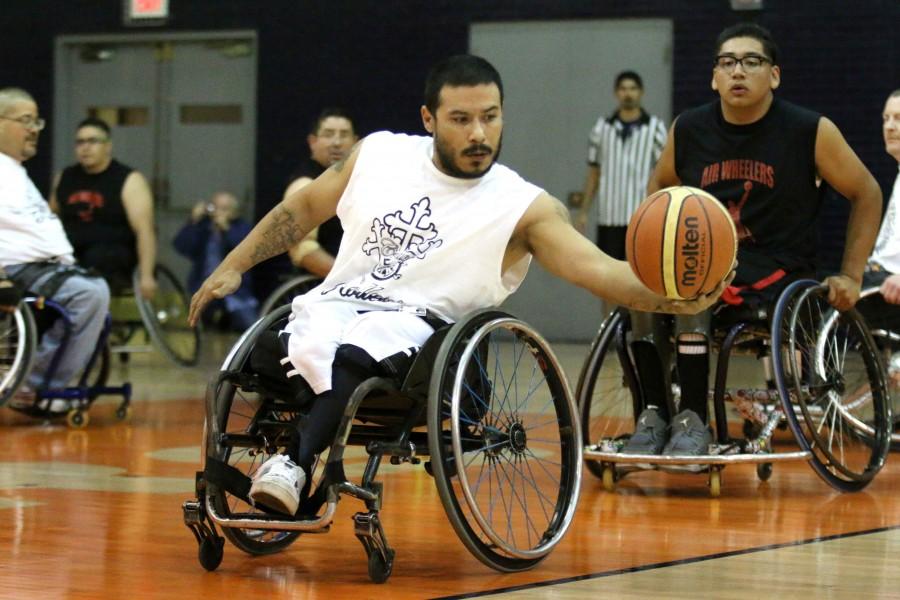 The Center for Accommodation and Support Services will host Ability Awareness Week Oct. 5-9—a week of activities, forums and exhibitions in commemoration of National Disability Employment Month.

Bill Dethlefs, director of CASS, said this year marks the eighth year CASS has celebrated the month, which he said recognizes the importance of education in the employment of students with disabilities.

As of 2014, there were 799 students with disabilities registered with CASS. Nationally 9 percent of Americans, 56.7 million people, have a disability.

“It’s a struggle every day, but you have to stand up and advocate for your rights, because then nothing is going to happen,” said Lucy Fierro, senior biology major, who is a student with a disability.  “A lot of people aren’t aware of what it really means to be disabled. People feel sorry for us when that shouldn’t be. We’re human beings too, we struggle a little bit, but we just push forward.”

According to the Department of Labor, NDEM is a national campaign that raises awareness and celebrates the contributions of workers with disabilities. NDEM began as a weeklong celebration on the first week of October after congress passed the National Employ the Physically Handicapped Week in 1945.

In 1962, the word “physically” was removed, and in 1988 Congress changed the name to NDEM and expanded the week to a month-long celebration.

This year’s NDEM theme is “My disability is one part of who I am.” The theme denotes a larger shift, which describes a disability as one characteristic of a person, rather than their whole persona. An example of this is the usage of people-first language.

Ability Awareness Week will include educational seminars, a wheelchair exhibition and a resource fair.

In addition, the Department of Assistive and Rehabilitative Services will publicly recognize employers that have made a commitment to hire people with disabilities.

“We have quite a few employers contacting our office,” Dethlefs said. “They want to hire people with disabilities, which is major change from what it’s been in the past,” Dethlefs said.

According to Dethlefs, the change is attributed to a series of reforms and laws that mandate federal employers hire people with disabilities.

In 2014, President Barack Obama signed the Workplace Innovation and Opportunity Act into law, which places responsibilities on Cabinet-level agencies such as the Department of Education and Labor, to increase employment of workers with disabilities.

Section 503 of the Rehabilitative Act was modified and mandates that 7 percent of employees from federal contractors be workers with disabilities.

Executive Order 13548, which was issued by President Obama in 2010, cited that only 5 percent of the nearly 2.5 million people in the federal workforce were people with disabilities. The order called for 100,000 individuals with disabilities to be employed by the federal government over five years.

According to the Office of Personal Management, after four years, 57,491 federal workers with disabilities have been hired.

“We still have a problem with many employers who look at a person and decide what they can’t do, instead of what they can do,” Dethlefs said. “We have made a commitment ourselves to hire people with a disability and make sure that opportunity is extended.”

Maria Esquinca may be reached at the [email protected]