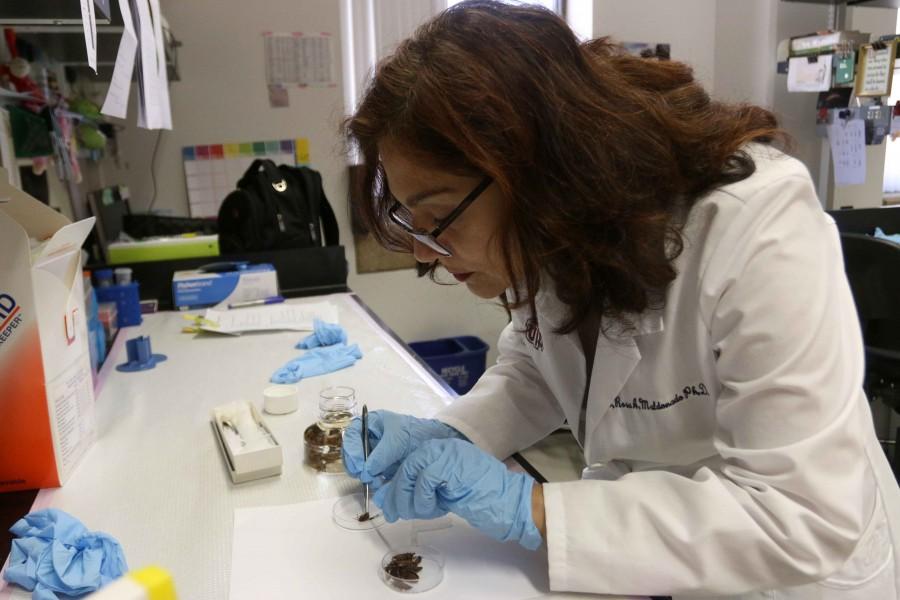 Chagas, a parasitic disease that affects the heart, is present in West Texas.

A UTEP professor and two undergraduate students have published a study showing that Chagas Disease, a parasitic disease that affects the heart, is present in West Texas.

The study, led by former UTEP undergraduates Munir Buhaya and Steven Galvan, along with associate professor of biological sciences Rosa Maldonado, found that 64 percent of the insects they studied were infected with the parasite Trypanosoma cruzi, which causes the deadly disease. 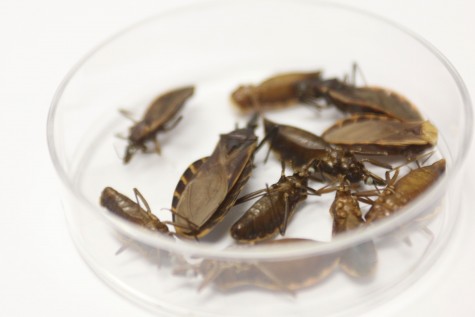 The insects, commonly known as kissing bugs, spread the illness by biting animals to draw blood and defecating at the same time. The parasite T. cruzi, which lives in the feces, gets into the bloodstream when the animal scratches the area around the bite, spreading the feces into the wound.

“It surprised me that so many of them were carrying the parasite,” said Maldonado when speaking to UTEP News. “I was expecting to have some, but this is quite high.”

The initial symptoms are flu like, with people experiencing fever, headaches and enlarged lymph glands. What sets Chagas apart from a cold are symptoms like skin lesions, muscle pain, difficulty breathing and chest pain, along with Chagas being a parasitic disease as opposed to influenza being a virus.

According to the World Health Organization, there could be as many as seven million people infected with Chagas, most in Latin America, where the parasite originated. The WHO estimated up to 30 percent of people who are infected, and in whom it becomes a chronic condition, can develop heart problems as the parasite attacks the body.

Maldonado, who has been studying Chagas since 1990, said stray dogs with Chagas have been found in Texas, which led to her seeing how many kissing bugs were infected in the area.

Maldonado and her team collected their bugs at the Indio Mountains Research Station, which is about 26 miles southwest of Van Horn, in June 2013. They set up light traps to attract the insects, which feed at night, and stored the bugs in alcohol for research. In their laboratory, the team dissected the insects and tested their intestines to see which were infected with the parasite.

Out of the 39 kissing bugs collected and tested, 25 were found to be infected.

The insects, however, are not limited to Hudspeth County. One of Maldonado’s graduate students found two kissing bugs on his porch and brought them in for testing. Both were positive for the parasite.Although a bug may be infected, it doesn’t necessarily mean that it will transmit the disease.

“Some species don’t defecate at the same time,” said Maldonado, explaining that if the bug doesn’t leave infected feces near the wound, the disease won’t spread.

The kissing bugs tested in the study were all Triatoma rubida, a species which does transmit the infection.

Although T. cruzi is from Latin America, Maldonado credits climate change with the spread of kissing bugs.

“It’s getting hotter for a longer time,” Maldonado said. ”That means that insects that were once in the tropics have more time to move farther north.”

Although infected insects are present in the area, Maldonado says infection can be prevented as long as the animals don’t get into people’s houses. Recommendations include sealing windows and keeping outdoor lights off if they are not being used, so as to not attract the nocturnal insects. Although it may sound dramatic, she emphasized that common care against insects should be taken, but there is no reason to go overboard.

“This doesn’t mean that you should stay inside, watching the world through your television,” Maldonado said.

She explained people are only at risk if they are in situations where the bugs are active: outdoors at night. Although rare, Maldonado called Chagas an emerging disease in the United States. According to the WHO, if the disease if caught early it can be cured.

“Physicians should be aware that the possibility exists of people being infected with Chagas,” she said.

Julio Cesar Chavez may be reached at [email protected]