Equality for better or for worse 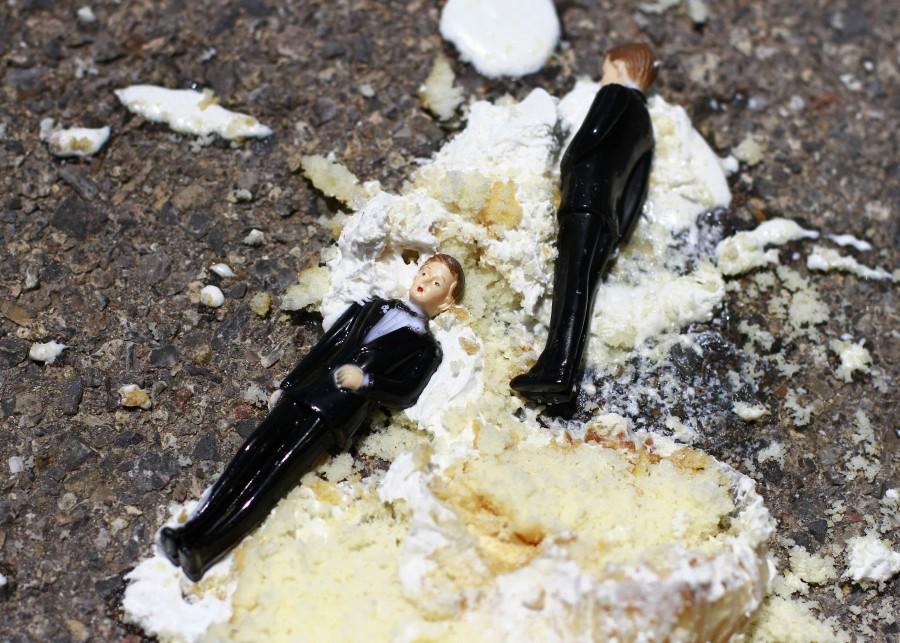 One month after the U.S. Supreme Court ruled the ban on same sex-marriage as illegal, new questions arise when it comes to the new ruling such as adoption rights for same-sex couples, divorce and custody of children. Along with the more than 40 same-sex marriage licenses issued in the county of El Paso since the ban was lifted, same-sex divorce cases have also emerged.

Three days after the ban on same-sex marriage was lifted, the first same-sex divorce was granted in El Paso by Judge Mike Herrera of the 383rd District Court. The couple, Jennifer Gasca and Stephanie Michelle, were married in New Hampshire, but moved to El Paso when the marriage between same-sex couples was still banned. According to court records, they had applied for divorce since late October 2012. On June 29, their divorce was granted.

Before June 26, the only way a same-sex couple could end their marriage in states where their marriage was banned, was for the couple to change residency to where they were originally married or by dissolution of marriage outside of the courts.

Judge Carlos Villa of County Court at Law No. 5, said statistically, around 50 percent of all heterosexual marriages end up in divorce. However the rates for same-sex divorce have yet to be seen since it is relatively new.

“What has happened has opened up a whole new area in law because I believe same-sex couples will be divorcing,” Villa said. “I don’t know if in higher numbers, same number or lower numbers, but some of them will end up in divorce.”

Jason Martinez, senior multimedia journalism major, said that it will take to time to see how same-sex divorce statistics will develop in contrast to straight couples.

“I think same-sex divorce numbers appear to be low because the straight marriage ratio is larger,” Martinez said. “I think divorce will go up in the end and we even might see an increase in domestic abuses.”

Villa, who conducted the first same-sex marriage in El Paso County, said the Supreme Court ruling has granted same-sex couples the right to marry and they will be recognized around the nation as married individuals, granting them all the civil rights of a married couple. However, this ruling does not force any religion to marry same-sex couples.

Sarah Tarango senior organizational communication major, said she was very happy when she found out about the court ruling.

“It was the first thing I saw that morning. I got really emotional and even teared up a bit,” Tarango said. “It’s been an issue that has gone on way too long. It was about time they gave everyone the equality to marry whomever they want.”

If the case should arise where a judge refuses to marry a same-sex couple, Villa said that at least in El Paso County, the judge might be reported to a judicial ethics committee because a judge cannot discriminate against individuals based on sexual preference.

“If you are in public office, you have to comply with the law,” Villa said.

The ruling has raised issues concerning how the law will proceed when a same-sex couple that has adopted children files for divorce.

Under the new ruling, same-sex couples are recognized as a legal union and therefore will have the same rights a heterosexual couple has. When the same sex-couple has adopted children and the marriage dissolves, the most important factor is what is in the best interest of the child.

In custody fights, the couple will have an agreement on whom the managing conservator and possessory conservator will be, the decision based the child’s best interest and regardless of who the parents are. It will proceed the same way with a same-sex couple after a divorce ensues.

“It always comes back to what is best for the child,” Villa said.

Juan Raygoza may be reached at [email protected]