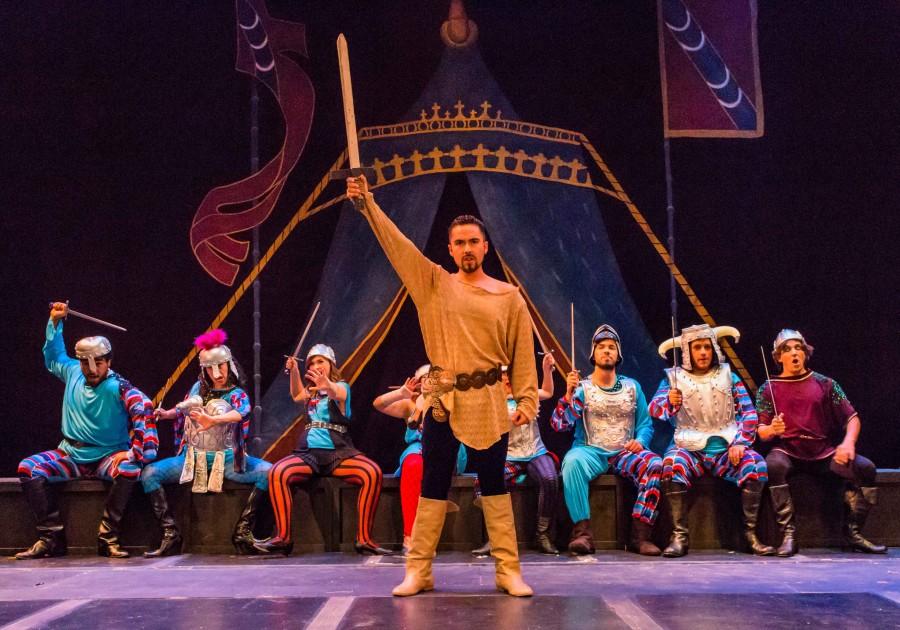 'Pippin’ will be performed from July 10 through July 16.

A play based on a prince’s uplifting journey will be coming to the UTEP Dinner Theatre.

The Tony-award winning play tells the story about a heir to a throne who is on an epic search for happiness. “Pippin”will be directed by Greg Taylor, associate professor and director of the UDT.

The show will run for two weeks from July 10 through July 26.

“We always try to present the newest musicals while also performing the classics,” Taylor said.

Auditions were held in May, while rehearsals began in June.

“’Pippin’ has lots of great parts for actors and dancers,” Taylor said. “We are basing this production on the original Broadway staging and choreography by renowned director and choreographer Bob Fosse so the opportunity for exciting dancing is great for our students.”

The music and lyrics for “Pippin” were written by Stephan Schwartz, who has written songs for musicals such as “Godspell” and “Wicked.” This musical follows characters from different time periods across two different acts.

The first act revolves around a troupe, or a group of actors, singers and dancers, who tour together. They meet a young prince named Pippin, son of King Charles, who is based off the hunchback Pippin, son of Charlemagne. The musical has been noted for breaking the fourth wall because of the actors’ direct interaction with the audience.

In the first act, the performers engage in battle.

During act two, Pippin finds himself to be directionless. To counter this issue, he experiments with art and religion. The second act follows him on this inspirational journey.

“Pippin” was first performed in 1972 on Broadway and has since been performed on many stages.

“’Pippin’ is a modern classic that ran for five years on Broadway in the ‘70s and just had a hugely successful revival that ran for two years on Broadway and won the Tony Award for Best Musical Revival,” Taylor said.  “It also doesn’t hurt that the show is composed by Stephen Schwartz, who went on the write ‘Wicked,’ so he is pretty popular now.”

Taylor also said “Pippin”was one of the musicals that inspired him to become a director for musical performances.

“’Pippi’n has been a favorite show of mine for over 30 years,” Taylor said. “It was one of the shows I saw when I was young that made me want to direct musical theater, and it has taken me 32 years to finally get around to directing it.”

The UTEP Dinner Theatre has been putting on musicals since 1983 and is the only musical theater on a college campus to put on plays year-round. Taylor attributes the success of the UDT to four aspects.

“First, we have a very talented team, who put out top quality professional sets, costumes, music, sound and visuals, and second, El Paso has a lot of very talented people who audition for and act in our shows,” Taylor said. “Third, we have a great working relationship with Sodexo Food Services and they provide our audience with tasty meals, and finally, we have been extremely lucky to have the support of the UTEP administration for 32 years.”

Taylor also attributes their success to support from people outside of the UDT. “Many different directors of the Union, deans of Liberal Arts and President Natalicio have been very supportive of us and have believed in what we do,” Taylor said.

“Pippin” is scheduled for 13 performances and tickets are on sale now at the UTEP Ticket Center and at any Ticketmaster location.

For more information about the UTEP Dinner Theatre and “Pippin,” call 747-6060.