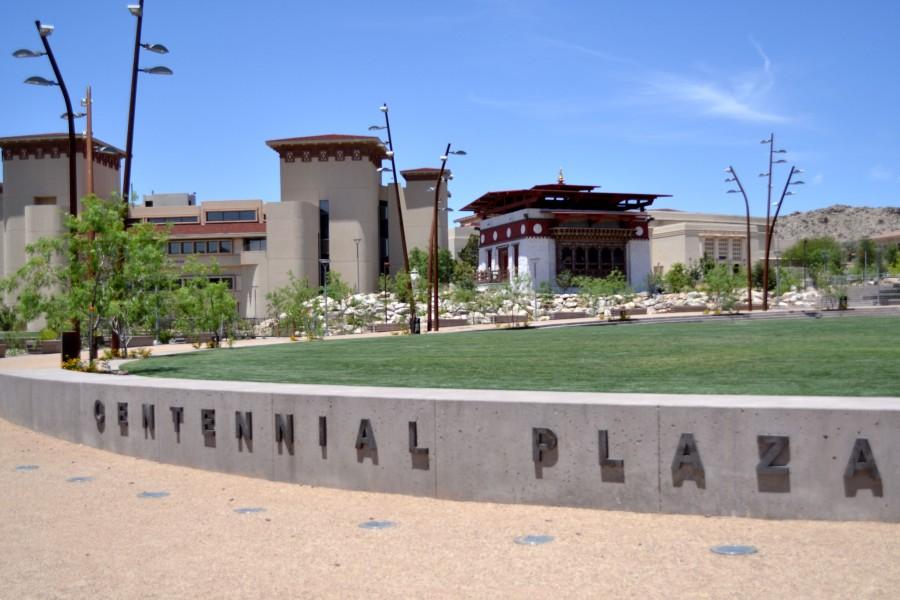 UTEP hopes the new the new improvements to Centennial Plaza will provide an innovative and modern space for students to study, recreate, dine, and build community.

Since its unveiling in April, the Centennial Plaza has been utilized as a pedestrian-friendly space for students and the public to enjoy. However, regulations regarding the area’s usage has students wondering what they can expect for traditional UTEP events.

The Centennial Plaza has come a long way since the transformation process first began in 2013. Now two years later, the university hopes the new improvements will provide an innovative and modern space for students to study, recreate, dine and build community.

Krisitin Lile, senior psychology major, said life has been much easier since the projects’ completion.

“I wasn’t expecting it to be this nice and thought it was going to be a big waste of money,” Lile said. “I’m just happy that I can now cut across the grass to get to the Psychology Building rather than going all the way around it (construction), which took me longer.”

Nestor Infanzon, director of UTEP’s Department of Planning and Construction, said the Centennial Plaza portion of the Campus’s Transformation Project is fully complete, but there are other areas of the university that still need work.

“The plaza is one of several projects inside the CTP that is 100 percent complete, but the Old Main portion of the project is ongoing and is expected to be finished within the next few weeks,” Infanzon said.

Each project will transform the campus to enrich students’ quality of life. However, policies regarding the use of the Centennial Plaza for traditional campus events such as tailgating, Minerpalooza and homecoming are still being drafted.

In terms of what events will be allowed at Centennial Plaza, regulations are expected to be in place by the start of the fall semester in August.

Gary Edens, vice president of student affairs, said Minerpalooza will no longer be held on campus and will continue to take place in the Sun Bowl parking lot since moving there a few years ago.

“Minerpalooza will remain there moving forward because the event is so large that the Sun Bowl parking lot is really the only place it can be held,” Edens said.

Last year, Minerpalooza hosted more than 30,000 people, making it the one of the largest pep rallies in El Paso.

Efrain Palacio, junior electrical engineering major, said the design of the plaza provides a good image of the school, but hopes the area can continue to be used for tailgating and other events like before.

“From what I’ve seen, people really enjoy the new renovation, but I still have to walk around it to get to the other side where the undergraduate building is because there isn’t an opening in that area, Palacio said.” “It would be great if we can have tailgating on campus like how we used to before.”