The art of the walk-up song 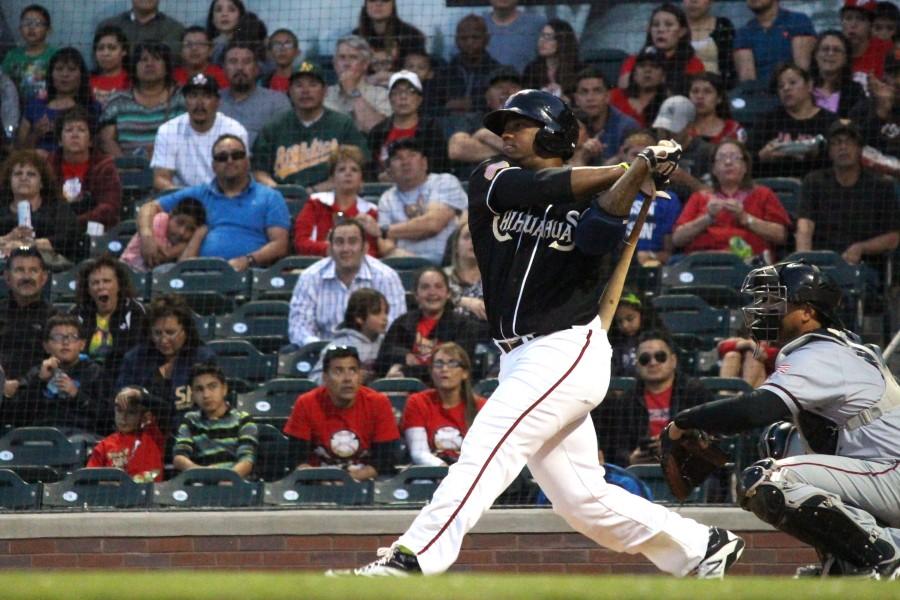 From national anthems to team songs and halftime shows, music has always had a place in the world of sports. Baseball and music are intertwined with each other, maybe more than in any other sport.

The organ and songs such as “Take Me Out to the Ballgame” and “God Bless America” go hand in hand with a glove, a bat and the diamond. As of late though, the walk-up song has become an important facet of America’s favorite pastime.

The tune that plays as a batter heads to the plate or as a pitcher jogs out to the mound is almost as important as his wind up, delivery or swing.

“Yes, I do feel a lot of pressure,” said Major League pitcher Jonathan Papelbon in an interview in 2012. “It’s like, holy cow.”

The 15 seconds a player gets to walk from the on-deck circle to the batter’s box are used as a way to focus, get pumped up, connect with the crowd or just identify themselves and their personalities.

The song “Enter Sandman,” made famous by Metallica, will bring one name to any baseball fan’s mind—Mariano Rivera.

Professional wrestling popularized introduction through song in the late 1980s. Although WWE superstars get more than 15 seconds to walk to the ring, the song becomes synonymous with the athlete, generating a pop in the audience even before he is in sight.

The idea behind the walk-up song, has been present in baseball since the early 1970s. Nancy Faust, organist for the Chicago White Sox until 2010, would play the player’s home state songs as they walked up to the plate.

The phenomenon has evolved and modernized away from the organ obviously, but the idea is the same.

“A lot of girls put a lot of work into their songs, I know I do,” said UTEP senior outfielder Tahla Wade. “I think about it about three months in advance.”

Wade walks toward the batter’s box as the speakers at the Helen of Troy Softball Complex blast “The Rain,” by Missy Elliot. The lyrics “Me I’m supa fly,” describe one of Wade’s main attributes on the baseball field—her speed.

“You pick a song that pumps you up, that is lyrically related to you, your game or the game,” Wade said.

UTEP freshman catcher Kaitlin Ryder is not necessarily worried about connecting with the crowd when her music hits. She picked “Welcome to the Jungle,” by Guns N’ Roses, because it helped her perform.

Back in her hometown of Chatsworth, Calif., as she hit the batting cages with her dad, Ryder noticed a correlation between her hitting and the song. When the song played, she  simply hit better. She hopes that’s the case every time she’s at the plate for the Miners too.

“I get this feeling, I’m getting pumped,” Ryder said. “I just hear everything starting up, the guitar starts and everything goes and I’m like, ‘Okay, now is the time, I can do it.’”

Chihuahuas’ shortstop Ramiro Pena uses his walk-up song with basically the same idea that Faust did back in the 1970s. Originally from Monterrey, Nuevo Leon, Mexico, Pena plays a song of the genre known in Mexico as grupero to identify himself with his fellow countrymen.

“I wanted to put something that was Mexican and it’s just a song that I really like,” Pena said. “You never know, I might change it. But, I like to put songs that are Mexican.”

No matter what the player has in mind when picking his or her song, it is slowly becoming a tradition in one of America’s oldest sports. It is as important to fans as it is to the players, who put quite some time into the process and are very proud of the crucial walk-up song.

As a fan complimented Chihuahua catcher Austin Hedges on his choice of “Tremor,” by Dimitri Vegas, Martin Garrix and Like Mike, another fan said, “He fist bumps all through it (the song).”

“That’s what I want,” Hedges said. “Trying to get the people going a little bit.”