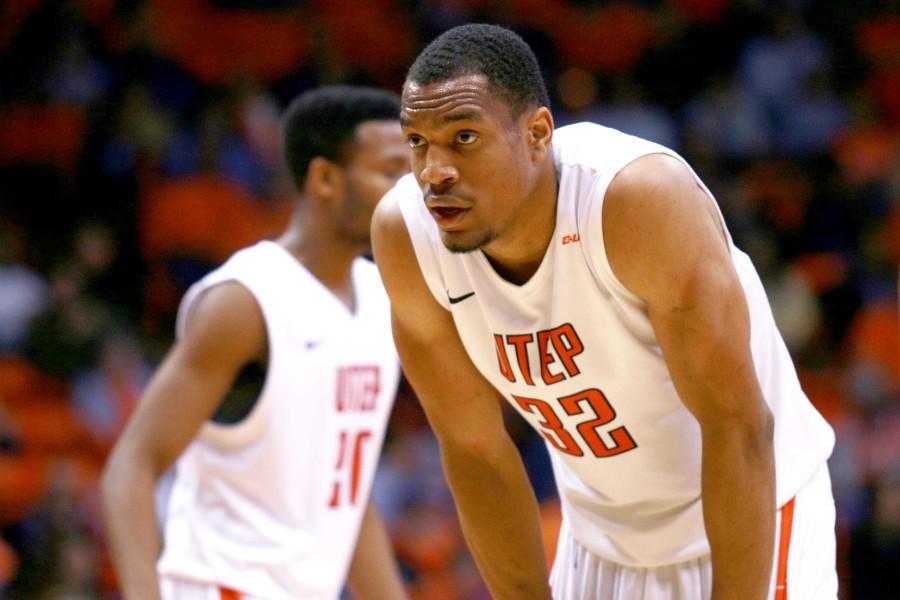 According to multiple media reports, UTEP sophomore Vince Hunter will declare for the NBA draft. It is unclear whether the 6’8”, 200 lb. small forward from Detroit has retained the services of an agent. If he does, he will be ineligible to return to UTEP and forfeit his NCAA eligibility.

Throughout the 2014-15 season, NBA scouts appeared at UTEP games to see Hunter in person. Rumors circulated and Hunter began to pop up in various mock NBA drafts. As the season progressed, Hunter appeared to feel the pressure of NBA and media scrutiny.

Currently, Hunter is not listed in any of the NBA mock drafts on major websites such as ESPN or CBS.

Recently controversy arose relating to whether Hunter would enter the draft or not. Senior Associate Athletic Director Jeff Darby tweeted several disparaging tweets relating to Hunter from the official UTEP Athletics Twitter account. One of the tweets seemed to indicate that Darby – or according to Darby the NBA scouts that he spoke with – thought that Hunter was not NBA ready.

Darby issued an apology shortly after the tweets became public claiming that he meant to send them from a personal account.

Speculation about Hunter leaving UTEP increased after he expressed displeasure with the Darby tweets. Men’s basketball coach Tim Floyd expressed disappointment in the misuse of the Athletic Department’s official Twitter.

Vince Hunter leaves the Miners without their top scorer and rebounder for the 2015-2016 season.