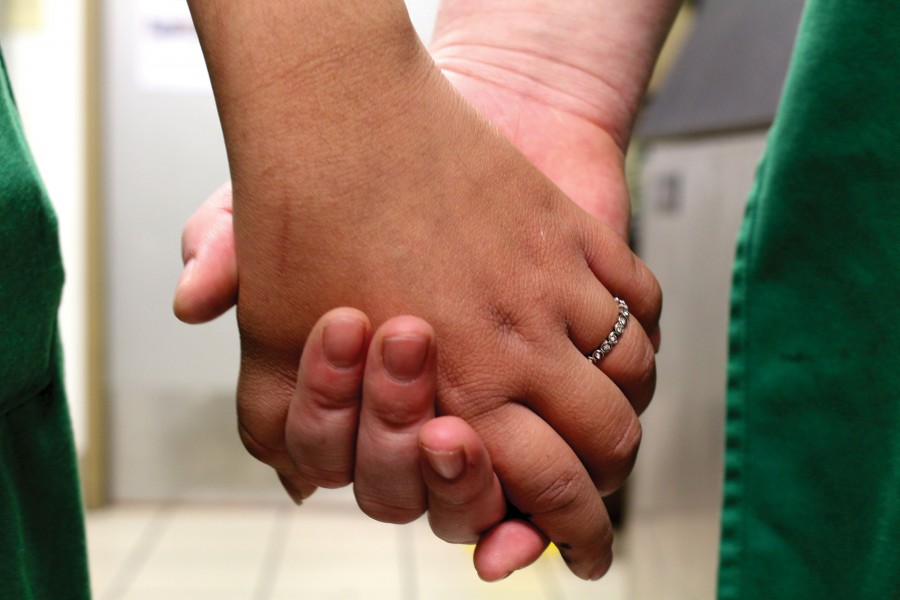 Texas approved its first same-sex marriage in February, but it was voided soon after.

After many in Texas celebrated the first same-sex marriage last month, couples must continue to wait as the Texas Supreme Court issued an emergency order blocking same-sex couples from obtaining any further marriage licenses.

Last February, Sarah Goodfriend and Suzanne Bryant became the first same-sex couple to be granted a marriage license as Judge David Wahlberg ordered Travis County Clerk Dana Debeauvoir to issue the license on grounds that the couple is medically fragile, because Goodfriend had been diagnosed with ovarian cancer.

Following the decision, Texas Attorney General Ken Paxton appealed to the state Supreme Court for a writ of mandamus in order to void the marriage.

In a statement released by Paxton, he condemned the actions of the Travis County judges, pointing out that they do not withstand the scrutiny of the law and that their actions could lead the state into chaos.

“The law of Texas has not changed, and will not change due to the whims of any individual judge or county clerk operating on their own capacity anywhere in Texas,” Paxton said.

Texas Governor Greg Abbott also released a statement, in which he emphasized that the state constitution defines marriage as the union of a man and a woman. He also said that he hoped that the Texas constitution would be upheld and law would be maintained as well.

“Although the union between the women can be celebrated, we have to take a step back and reevaluate how much progress has been made,” said Enrique Portugal, senior Spanish major. “Given the history of the state, I am not surprised with the events that followed the marriage, but this could be a step in the right direction even if it has encountered resistance.”

Although Texans voted in 2005 to ban same-sex marriage, the decision has been highly criticized and its constitutionality has also been called into question at a federal level.

“Fair treatment for workers, families, and people who visit our state—including gay and transgender people—is a crucial factor in the ongoing strength of the Texas brand,” Rodriguez said in a statement. “

Representative Mary Gonzalez also opposed the actions by the Texas Supreme Court, and stated that it’s only a matter of time until equality reaches the state.

“The actions of the Texas Supreme Court and attorney general are ultimately incapable of stopping progress in our state,” Gonzalez said. “Attitudes in Texas have changed in the past decade, and the work we have done in our communities to fight discrimination and oppression has brought us closer to equality for all Texans. It’s an ongoing struggle, but the day for marriage equality is coming, regardless of any court order.”

Rodriguez, along with Sen, Juan Hinojosa, also filed Senate Joint Resolution 13, which proposes a constitutional amendment that would repeal the current same-sex marriage ban in the Texas Constitution.

Although the issue has predominantly been fought at the state level, U.S. District Judge Orlando Garcia ruled in February of last year that the state ban on same-sex marriage was unconstitutional. He said that “without a rational relation to a legitimate governmental purpose, state-imposed inequality can find no refuge in our U.S. constitution.”

Along with his ruling, Garcia also issued a stay on his order, which was addressed at a January hearing of this year by a three-judge panel of the U.S. 5th Circuit Court of Appeals, who is expected to rule on the matter.

“An inclusive Texas is crucial to recruiting and retaining talent, attracting entrepreneurs and company relocations, and maintaining a strong travel and tourism industry,” Rodriguez said. “Moreover, discrimination of any kind runs counter to the values of opportunity, personal faith, and freedom from discrimination that all Texans hold dear.”

Alonso Moreno may be reached at [email protected]