Juan Gabriel shakes it all off 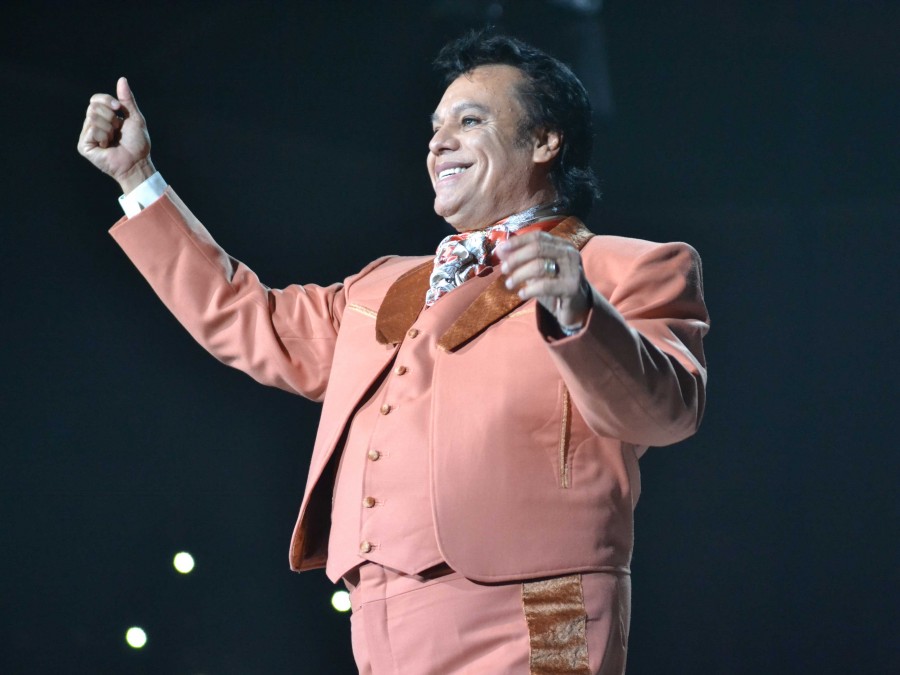 Riveting, sensual and full of life are a few words that describe Juan Gabriel’s performance at the Don Haskins as part of his “Volver” tour.

Dressed in a pink suit, he sang, dipped, swayed his hips, blew kisses and took it off.

Also known as “El Divo de Juaréz,” the singer had stopped his 2014 tour after he had been hospitalized for pneumonia in Las Vegas.

Full of dance moves–twirls, dips and kicks–the singer was captivating and unabashedly entertaining. His orchestra wasn’t far behind, all dressed in white suits and blue ties, they danced and played the instruments perfectly, moving along to the rhythm of Gabriel.

The singer, along with his orchestra, powerfully portrayed the emotions behind his songs, taking the audience through a rollercoaster of emotions–heartbreak, pride, joy, bitterness, regret, love and happiness.

During “Siempre en mi Mente,” a song about the loss of a lover and not being able to forget that person, the singer screamed out ¡Ayudame!” or help me, inflicting the desperate pain of heartbreak into the audience.

“Siempre tu” (always you) replied the audience while swooning from side to side before a trio of drums was heard pounded at the same time in a harsh mimic of throbbing pain.

It was in that fashion that the concert ensued, a constant act of reciprocity between Juan Gabriel, the orchestra and the audience.

Not missing from the performance was also a cultural connection to Mexico, a familiar feeling to the Hispanic-majority border city.

“¡Arriba Juarez!” the singer screamed into the air, then “¡Viva Mexico!”

Before beginning “Querida,” Gabriel spoke about going to directly to Juárez after he arrived from New Orleans. “Tenia ganas de estar aqui porque es mi tierra y senti muy bonito la transformación,” he said. (I wanted to be here because this is my land, and I felt this beautiful transformation.)

Surrounded by a digital backdrop of the stars and the moon, the singer continued by saying, “esos buenos pensamientos son los que siento por Juárez. Quiero verlo cantar, reir, sentir y gritar.” (Those good feelings are the same thing I feel for Juárez. I want to see the city laugh, feel and scream.)

After the digital backdrop turned black, the crowd used the lights of their phone as they swayed to the song, while Gabriel belted out “¡Querida!” with his arms extended out like an eagle in flight.

Met by a standing ovation, Gabriel conducted a chorus of people, who responded to him by continuing his song.

Entwined in his performance was also a mix of seductive and playful dance moves, steps and gestures that would excite the audience with screams and applause.

By the time “El Noa Noa” began playing, the song named after a popular nightclub in Juárez, all the seats of the Don Haskins were empty and all across the center was a sea of dancing people.

It felt like a big Mexican party. The mariachi members created a dance line, each taking turns dancing around the stage while everybody screamed, “¡Abajo!” (down) as they swayed their hips to the ground.

Shaking their bodies without shame, to the tune of hundreds of people chanting “¡Cadera!” (hips).

Topping an unforgettable night was the star performer, as he used the microphone stand as his pole.