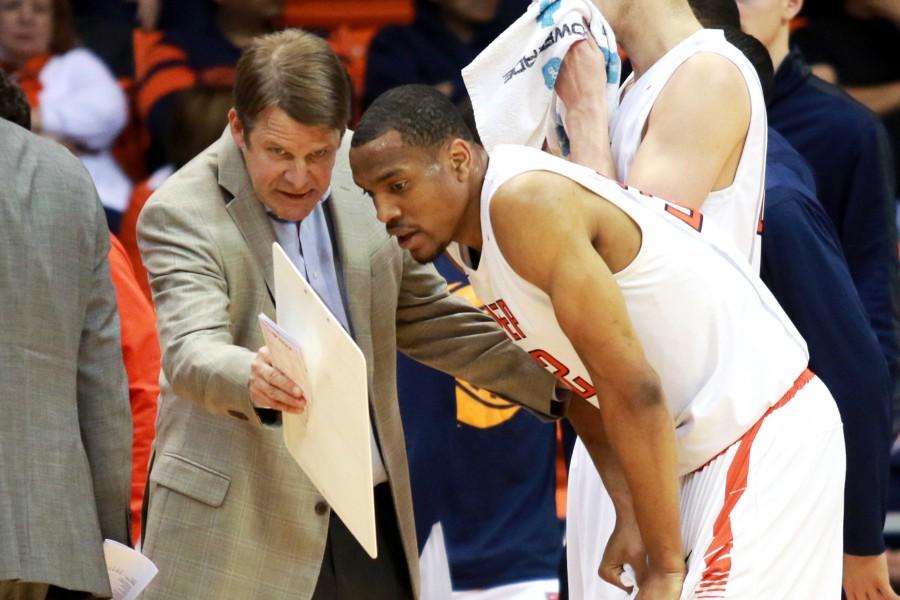 UTEP led from start to finish on their way to a fifth consecutive win. With tonight’s 73-68 victory over Charlotte, and a combination of scores, the Miners now sit in third place on the Conference USA standings, behind only Louisiana Tech and Western Kentucky.

The Miners got off to an unusual quick start, not allowing a point for the first two minutes of play and getting out to a 10-2 early lead. Charlotte, however, never really allowed UTEP to get comfortable. The 49ers responded with an 8-3 run of their own and cut the deficit down to just three.

“All in all it’s a good win,” said Miner head coach Tim Floyd. “I think everyone should see that that team that is now 3-8 is very, very talented…so were pleased with the win.”

Charlotte actually shot the ball well in the first half, 50 percent from the field, but the Miner defense just didn’t allow them to shoot much. Floyd’s squad forced 14 turnovers that led to 15 points and a 34-27 lead at half time.

A three-pointer by senior guard C.J. Cooper to begin the second half once again threatened to blow the game open for the Miners. Once again, though, the 49ers responded that shrunk the 10-point UTEP lead to just four. Aiding the 49er cause were the struggles the Miners experienced when it came to rebounding the ball. UTEP had just 26 rebounds to Charlotte’s 39.

“We played good defense, but we just have to rebound,” Cooper said. “We didn’t do a good job of that today and its something we have to fix.”

UTEP led by as many as nine in the second half, but after a Charlotte three-pointer with just over a minute to play the difference between Miners and 49ers was three. The Miners closed the game from the free throw line, scoring its final nine points of the game from there off of 10 attempts. UTEP shot 73.9 percent from the charity stripe and the 17 the Miners made were significantly more than those the 49ers even attempted (11).

“We made more free throws than they attempted, it’s always a big stat,” Floyd said. “It just adds another scorer to the box score. It makes up for the baskets that we gave up on the offensive board.”

The Miners were led offensively by Cooper, who scored 15 points in the 31 minutes that he was on the court. Four others were also in double figures, including Vince Hunter with 14 and Earvin Morris and Julian Washburn who both scored 11. Cedric Lang recorded his second double-double of the season with 10 points and 10 rebounds. It is the sixth time in the last 8 games Lang has scored in double digits.

“Overall we executed right from the gate, which really helped us,” Lang said.

UTEP returns to action on Saturday night when they host the Old Dominion Monarchs on the floor of the Don Haskins. The Monarchs were ranked among the top-25 teams in the nation just three weeks ago, but are coming off a loss in San Antonio against UTSA.

“It’s not going to be an easy game,” Washburn said. “I feel like they think they can come in her and win so we have to come out early like we did today and get this win.”