Men’s basketball to be tested on the road 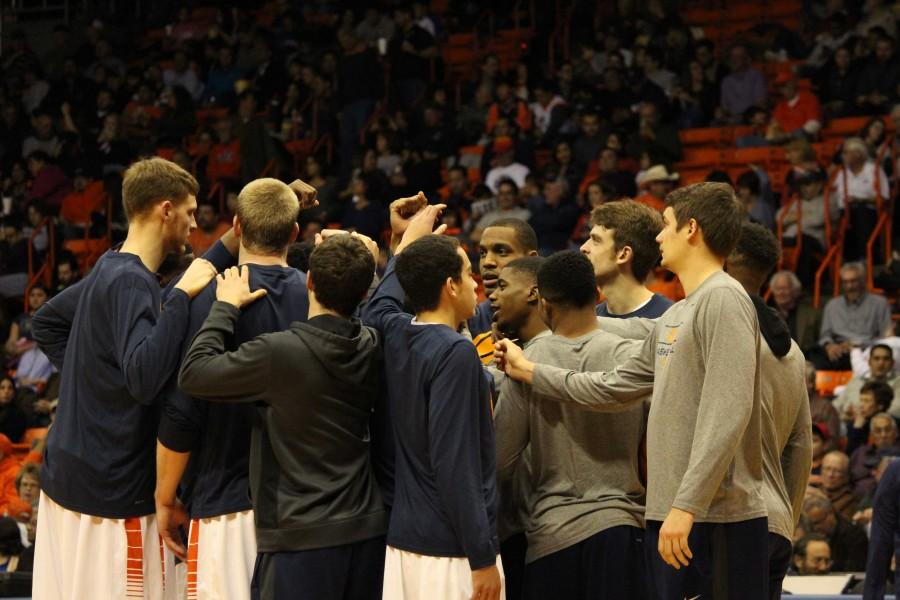 Last season, the UTEP men’s basketball team was almost unbeatable when playing outside of El Paso, losing just one of the eight conference games they played. This year, that trend has continued with the Miners starting with three wins on their first three road conference games.

After wins at North Texas, Rice and UT San Antonio, all teams that have a .500 or worse record at the moment, UTEP’s toughness on the road will truly be tested when they travel to Western Kentucky on Thursday night.

WKU is one of the two teams that have yet to lose a Conference USA game this season. The Miners will close out their longest conference stretch away from home on Saturday, Jan. 24 at Marshall.

“We have a big stretch coming up here,” said Miner senior center Cedric Lang. “It’s going to be important that we get these three wins and these (games) are really important for us to grow as a team.”

The first of the three wins Lang talks about is a done deal after a 73-55 victory over UTSA on Jan. 17. The Roadrunners struggled with the tough Miner defense that held them to almost 18 points under their average for the season.

Trailing by three points, UTEP finished the first half on an 11-4 run to go into the break leading 30-26. The Miners’ momentum continued with a 14-7 run to start the second period, which pushed the lead up into double digits and they never looked back.

Junior guard Earvin Morris had his best night this year, scoring a career-high 23 points. He made nine of the 15 shots he attempted, including four from beyond the arc. Despite the junior’s career night offensively, head coach Tim Floyd was more impressed by Morris’ performance on the opposite end of the floor.

“I was really pleased with his emergence defensively. He had a great game offensively, but defensively, the last two games he has done the job,” Floyd said. “We’ve needed a secondary stopper in addition to Julian Washburn.  We have found that Earvin didn’t like sitting and has taken that as a real challenge and played really well.”

The Miners will now put their undefeated conference road record on the line against a much tougher opponent in Western Kentucky. The Hilltoppers are one of two teams that remain undefeated in Conference USA play and boast an overall record of 12-5. They are 3-0 in conference at home, including a 72-65 win over then-ranked No. 25 Old Dominion.

The matchup between Floyd’s Miners and the Hilltoppers is very intriguing because it pits one of the best offenses in the league against one of the best defenses. Up to this point in the season, WKU is the second-best scoring offense, averaging 73.9 points per game. The Miners are among the top three defenses, allowing an average of just under 62 points per game.

The Hilltoppers are led by senior guard T.J. Price, who is averaging 17.6 points per game. George Fant is the second top scorer for WKU, averaging 13.6 points per contest. The 6-foot-6, 250-pound, senior forward is coming off a 20 point, 11 rebound performance in the Hilltoppers’ win over Florida International. It was the sixth straight double-double for Fant.

It is the Hilltoppers’ first year as a member of Conference USA, so this will be the first time UTEP and WKU meet in conference play. The only other time these two teams have played each other was back in the late ‘60s. The Hilltoppers beat the Miners at a neutral site by a final score of 78-59.

After playing the unbeaten Hilltoppers, UTEP will travel to Marshall to face the winless Thundering Herd. Marshall has a 4-14 overall record, but has yet to win in conference play.

Not a very good team, according to their record, the Herd won its first three games of the season and has won just once in the two months that followed. They are currently on an eight-game losing streak that includes a 72-51 drubbing at the hands of Old Dominion on the same floor where they will host the Miners. UTSA will be in Huntington, W.V., before UTEP visits on Saturday.

Allowing an average of just over 70 points per game, Marshall is among the worst in the league when it comes to defense. The Thundering Herd is led in scoring by sophomore redshirt Ryan Taylor. The 6-foot-5 forward is one of three players to start in every game this season for Marshall. He is averaging 14.5 points per game and just over eight rebounds.

Marshall is coached by Dan D’Antoni, older brother of former Lakers, Knicks and Suns head coach Mike D’Antoni. He has served as an assistant for various teams at the NBA level.

No matter the stats, every game is important in the eyes of Floyd, and just playing on the road presents a challenge in itself.

“Every time you go on the road it’s a challenge. We all know that,” Floyd said.

Their play on the road was crucial to their success during the regular season last year for the Miners. With a 1-1 record to start the year at home, winning away from the comfort of the Don Haskins Center may once again prove to be important. That does not mean it will be easy.

“It takes men to win on the road and boys to win at home, Coach Floyd has always preached that,” Lang said. “These (games) are really important for us to grow as a team.”