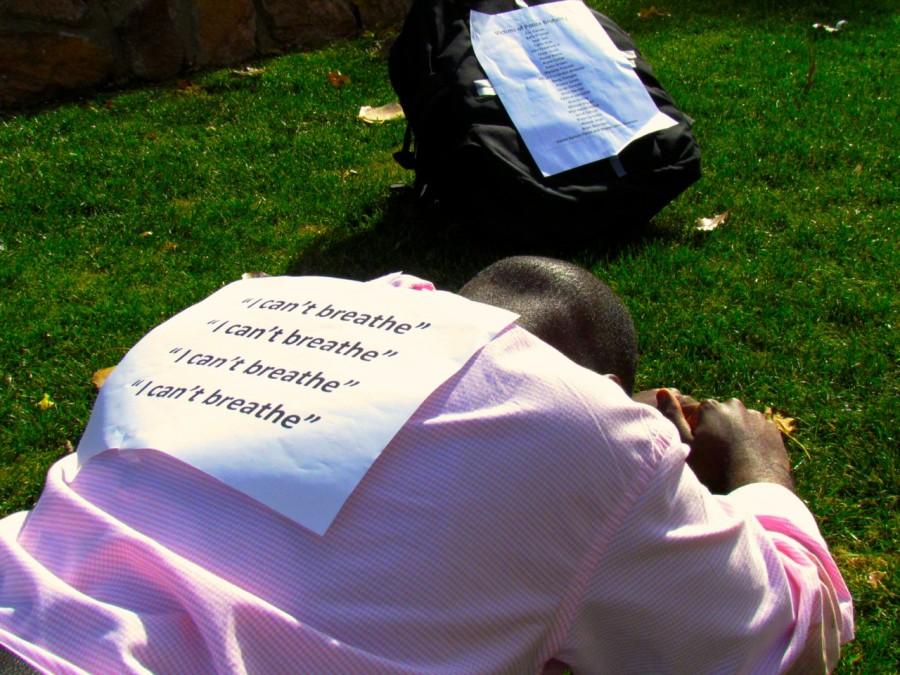 Kerry Figueroa, sophomore electrical engineering major, laid facedown in the grass on Leech Grove Friday morning to protest police brutality. He decided to protest peacefully when he learned that New York Police Department Officer Daniel Pantaleo will not be indicted for the death of Eric Garner.

“Being dark-skinned, I feel like this could be me one day,” he said.

He taped a sign to himself that said “I can’t breath,” repeatedly. He also had I sign taped to his backpack with a list of men, women and children who have been killed by police officers.

He arrived at Leech Grove at 9 a.m. and is planning to continue his protests at the same time all of next week. He welcomes anyone who wants to protest with him.

Figueroa said he hasn’t received negative feed back for his protest, and one woman approached him to thank him.

“I mean, my face was down most of the time, but a woman came up to me and talked a bit about how she appreciated what I was doing,” he said. “For me, this isn’t about black and white, this is about justice.”