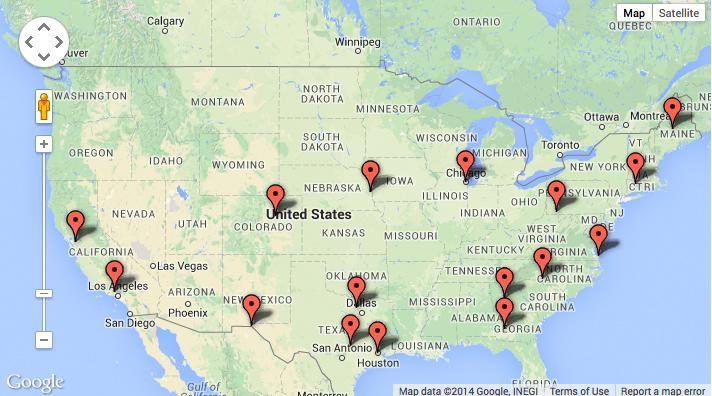 Voting isn’t always a smooth process, and SHFWire is following hot spots across the country.

WASHINGTON – Some polling locations got off to a shaky start during the midterm elections Tuesday.

Before the lunch hour hit, several counties and cities were experiencing problems, including long lines, websites crashing and voting machines not working correctly.

Some of the polling places in Virginia Beach, Va., experienced trouble with their voting machines. When voters tried to cast a vote for a Republican candidate, the machine changed it to a Democratic vote.

Democratic Sen. Mark Warner is defending his seat against a challenge from Ed Gillespie, former chair of the Republican National Committee.

Garren Shipley, communications director for the Republican Party of Virginia, said he did not know why the machines were doing this. He asked the Board of Elections and the Virginia Department of Elections to correct the problem as soon as possible. A call to the board wasn’t immediately returned.

“We’re asking all voters to take their time, review their ballots, and be sure they’re correct before they push the final ‘cast ballot’ or ‘vote’ button,” Shipley said in an email.

There were fewer reports of long waits to vote than two years ago.

The Secretary of State website in Georgia crashed early Tuesday morning. Voters could not find out where they were supposed to vote until a separate site was provided. The glitch was fixed by the afternoon.

El Paso, Texas; Contra Costa County, Calif.; Denton County, Texas, and Arapahoe County, Colo., also had their elections websites crash or not work properly in the morning. They were all fixed by the afternoon.