From a fire in the middle of the night 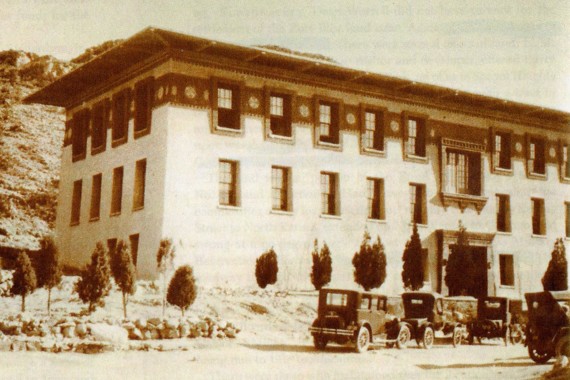 UTEP has a rich and extensive history, which is expected from an establishment reaching its 100-year anniversary.

Metallurgy was a big draw in the city of El Paso and the idea of a school of mines had started to see light in 1910 after years of discussion. Seeing an opportunity in a failed Military Institute, a law was passed to have the buildings repurposed as a State School of Mines and Metallurgy.

Even though El Paso did get its School of Mines in 1914, its permanency would be debated up until the late 1920s. It was discussed that it would be cheaper to move the school of mines to Austin, dropping the El Paso branch of the University of
Texas completely.

This was due to the divide in El Paso—locals preferred investing in area teachers at the El Paso junior college to the state-approved professors of the UT System. This led to mediocre enrollment at both competing institutions, which suggested a lack of interest in education from the city residents, but El Pasoans rallied together and decided to merge the school of mines and the junior college.

“The success of this merger was due to the influence some El Pasoans had in the Texas state legislature,” said Willie Quinn, UTEP alumnus and volunteer at the UTEP Heritage House.

The land needed to be bought for the hefty price of $50,000—with inflation today, that would be more than $1 million.

For a while, it seemed that the goal would not be met. After a year of organizing, it was agreed that the fee would be paid through an annual installment plan. With the promise of $15,000 from the Texas legislature and a yearly profit of $5,000 dollars from federal support of the school, the citizens of El Paso were able to see the school as good business and were willing to back the $50,000 price tag. The Texas State School of Mines and Metallurgy was established through Texas State Senate Bill 183, which was passed on April 28,1914.

The history of the school begins with the original Main building, which was built in a similar fashion to El Paso High School. The building housed chemistry and geology laboratories, a survey instrument room, blue print room, a mineralogy collection and an assembly hall that included 300 classrooms.

Despite it’s successful establishment, trouble was brewing as World War I had begun and a revolution loomed in Mexico with the rise of Pancho Villa.

A fire broke out early in the morning on Oct. 29, 1916 in the Main building, which caused a massive amount of damage to the school, including the expensive equipment lost. The school reconvened the following year in downtown El Paso at a
Jewish synagogue.

The fire served a greater purpose. Fort Bliss bought the damaged building, along with the rest of the land, in order to make room for incoming soldiers whose numbers escalated during World War I.

“UTEP may not have lasted if it did not move away from Fort Bliss,” Quinn said.

Within the span of a year, a new location was found at Mundy Gap, which is UTEP’s current location, and buildings began to be constructed. Unlike the military school, which had a Grecian influence, UTEP would be constructed with its signature Bhutanese-style architecture.

Old Main, which is located on Circle Drive and built in 1917, was the first standing building on campus and has served many purposes.

“The Bhutanese-inspired drawings for the Old Main building were done by the architecture firm Gibson and Robertson,” Quinn said. “But because of political pressure, the contract was handed over to Trost and Trost once again.”