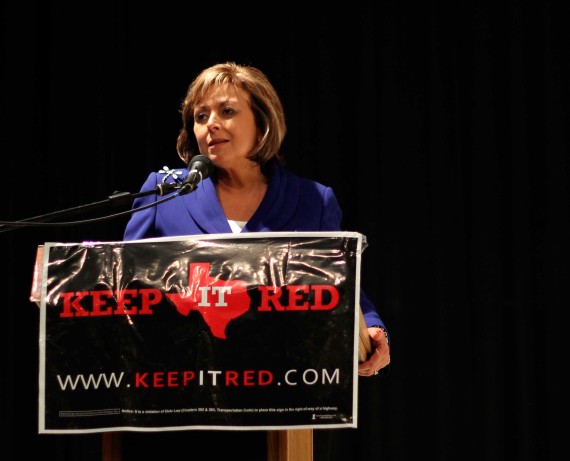 New Mexico Governor Susana Martinez spoke Saturday, Sept. 6, at UTEP about her political career and encouraged young people to get involved in the political process.

“She is trying to encourage people to be more politically active, because young people do not usually vote,” Moises Blankenship, president of the UTEP College Republicans, said.

Martinez, a Republican, gave her speech at the UTEP Union Cinema. The visit was part of a series of political events created by College Republicans and the West El Paso Republican Women with the intention of informing students about the issues.

“As an organization, we are planning on bringing more people to the university,” Crystal Macias, College Republicans public relations director, said. “We just want to inform students about things that are affecting El Paso, Texas or even the country.”

Blankenship said their organization was interested in asking Martinez a series of questions, but timing matters did not permit a Q&A session between the public and the governor.

“We were going to ask her about how she was able to turn a deficit into a surplus,” Blankenship said.

The assembly was also an opportunity for Corey Roen, Republican congressional candidate for District 16, and for Kelley Dickson, candidate for El Paso Justice of the Peace, to inform the audience about their campaign ideas.

Cristina Esquivel may be reached at [email protected]