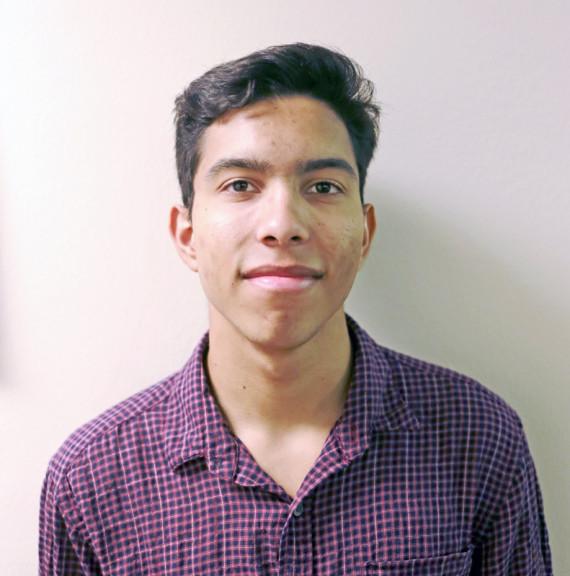 Day One: The Arrival

Traveling by car from El Paso to San Antonio usually takes eight hours, not including pit stops to get gas, eat, stretch, and other miscellaneous things you do on a trip. Last year, when I came to San Antonio with my friend Bill, we got to San Antonio in six hours. To state the obvious, we drove really fast. So fast that at one point Bill got a $275 speeding ticket.

This year there was four of us. Me, Bill and my other friend from high school Zach–a match made in heaven; two white dudes and a short Puerto Rican. Knowing my luck though, it wouldn’t be that simple.

Bill (at the last minute) brought his “lovely” girlfriend on the trip. It turned out that she was going to San Antonio the exact same time we were. So we had no choice but to bring her, it would have been quite dickish if we hadn’t.

The problem on the trip was not Bill’s girlfriend, but the combination of both Bill and her. The awkward/quiet arguing in the back made the trip unique to put things delicately. During the eight hours that it took us to get to San Antonio, me and Zach filled our time by talking about foreign policy, reading our favorite sonnets and debating the merits of water-boarding in wartime. Not really though.

We spent half of our time betting money, talking about sports and making inappropriate jokes about each other. With the seating arrangements changing periodically, Zach and I had to find a way to entertain each other.

When we weren’t making jokes about how much we hate our friendship, we would constantly annoy each other. For example, when we would listen to music, I would put on Britney Spears because he hates the queen of pop. Then he would counter with some sappy ass Taylor Swift song. Then I would come back with some misogynistic/degrading/violent rap song.

Between the jokes and pissing each other off, we finally made it to San Antonio. Once we got into town, we spent the next few hours talking to my relatives, who were nice enough to let us stay with them. We finished the night off with a movie. We saw “X-Men: Days of the Future and Past,” and I fell asleep on three different occasions. Who makes a three-hour-long superhero movie? I wasn’t really into it, as nothing compares to the latest Batman Trilogy.

Day Two: Getting lost and sweating my ass off in the AT&T Center

Contrary to Bill and Zach, I wanted to sleep in, but they decided to wake up at seven and go watch the popular ESPN debate show “First Take” on the River Walk. After wasting three hours of their lives, they came back and got me and my cousin. For the next six hours, we went to two malls, ate and soaked up the San Antonio humidity.

Since Bill was in financial straits because he didn’t save up for the trip and Zach got a $275 speeding ticket, I was the only one actually shopping. After spending more than $150 on myself, I decided to get something for my father since Father’s Day was coming up. Last year, me and Bill went to this great cigar shop and bought some inexpensive, but very nice cigars for our fathers.

After that we spent the next two hours going around town trying to find a cigar shop, to no avail we went home empty-handed. So it looks like my Dad is getting socks and ties for Father’s Day.

Finally, after wasting away the first half of the day doing nothing and getting lost, the game had arrived. We showed up more than an hour before the game to walk around and watch shoot around. The atmosphere in the arena was festive and loud. People were wearing their black and silver with pride.

I was going for the Heat and decided not to wear anything that would implicate me. I wanted to enjoy the game and not have 18,000 fans talk shit to me for three hours. It turned out to be a smart move. Even though the mood was festive with a sense of happy-go-lucky Spurs fans, there were a few assholes.

People were trying to sell Fuck LeBron shirts, while others had some nasty posters. That is one thing I do not get about fandom. What is the point of being so passionate? The organization could care less, all they want is your money anyways.

The game itself was very good. It was back and forth, with both teams at their best, and it seemed like it was due for another great ending. As the game progressed though, the temperature started to rise. By halftime, it felt warm. Then at the start of the fourth quarter, I was drenched in sweat.

As the arena got hotter, the game cooled off. When LeBron James left the game with cramps, the game turned to shit and the Spurs blew the Heat out. I still enjoyed the game thoroughly, and to be honest I am happy with the way it ended.

That game will go down in history as the “Sweat Game” or some other stupid pseudo nickname. On TV, they reported the temperature to be over 90 degrees. The game itself suffered, but the history that was made will stay with me for as long as live.

Even though a part of me was sad that the Heat did not win, the River Walk and downtown San Antonio was going to be crazy, or at least we thought it would be. After parking, we went down to the River Walk to have some fun.

Literally, no one was on the River Walk, no one. So we went back up to street level, where we could hear honking and people cheering. We turned on East Commerce Street and there was a sea of cars and people cheering and going crazy.

We walked more than two miles down that street expecting something awesome to happen, but like the River Walk nothing happened. Every now and again there were some cute girls and groups of people that looked like they were ready to party, and by the time we finished walking up this street it was the next day and things went downhill pretty fast.

Like I mentioned, in the last two days we always found a way to get lost and that tradition carried on into the next day. We spent more than an hour walking around downtown San Antonio looking for the parking we parked in.

It’s an understatement when I say that we have no sense of direction. After arguing with each other and walking in circles for more than an hour, we found the parking lot. The only problem was the car not being there.

It turned out that our car was towed by a towing company or as I like to call them, the Devil reincarnated. And to add more shit on a huge pile of shit, our phones died. So we had no car, no phones and we were lost downtown. To go along with that, there were plenty of hobos, who could have raped and murdered us for fun.

Eventually, we got picked up and headed back to my uncle’s house. Ready to get some rest and deal with the cost of getting my car back in a few hours, more shit happened. Bill had the great idea of calling his lovely girlfriend at 1 in the morning (and when I say lovely, I mean crazy). They proceeded to get in an argument on the phone for more than four hours!

After zero hours of sleep, we went to go pick up my car, and of course the $1,000 camera that I brought from work was stolen. After arguing with the tow truck driver for more than an hour and talking to the cops, I got my car and went home.

So looking back on the three-day road trip, I can honestly say it sucked. As much as I enjoyed the game, everything that followed put a damper on it. The combination of getting lost, expensive tickets and ultimately losing valuable things that I do and don’t personally own, made the trip really suck.

The only bright spots of the trip were seeing my extended family and witnessing a great sporting event, but it’s going to take me awhile to want to go on another trip like this. Plus I start school again Monday.

At the end of the day I learned three things.

I will never have a serious relationship with a girl.
People who work for towing companies are the devil.
Fly to where ever you are going instead of driving.