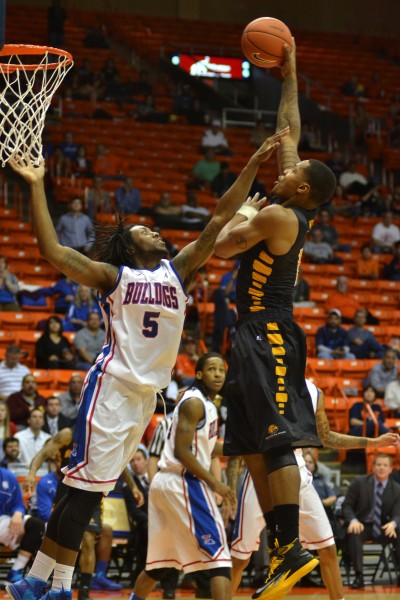 The Louisiana Tech Bulldogs booked the final spot in the 2014 Conference USA men’s basketball championship. Thanks to dominating second half the Bulldogs trounced the Southern Miss Golden Eagles 88-70.

Southern Miss now stands at 27-6 with today loss. The Golden Eagles NCAA tournament hopes are still undecided as they will hope for an at large bid.

It was an all-around team effort for Louisiana Tech. Five Bulldogs were in double figures, and as a team the Bulldogs shot 48 percent from three hitting 12 of their 25 attempts which neutralized the Southern Miss zone defense that plagued UTEP last night.

The biggest contributor to Louisiana Tech’s dominate win was the Southern Miss foul trouble. Louisiana Tech went into the bonus with more than 10 minutes left in the second half and the double bonus just minutes later.

Louisiana Tech now moves to 27-6 and will face the Tulsa Golden Hurricane in the men’s championship game tomorrow morning at the Don Haskins Center.