The most important moments of 2013 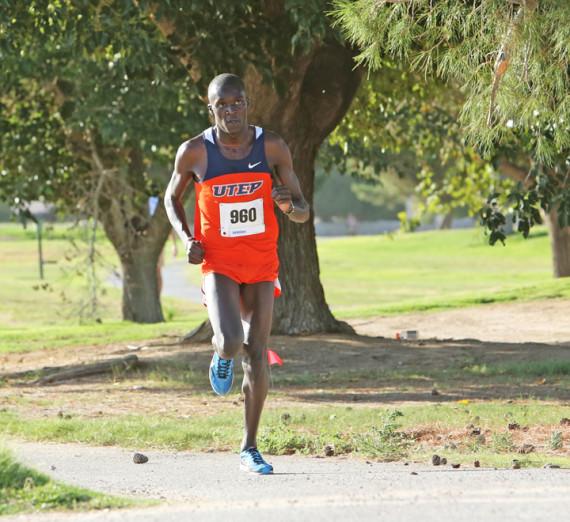 Sept. 7 marked the first game of the Miners under new head coach Sean Kugler. The game turned into an exciting shootout to the delight of the 45,000-plus crowd at the Sun Bowl, but the Lobos running back Kasey Carrier ran for 291 yards against a young and inexperienced Miner defense to achieve a 42-35 overtime win for New Mexico. The bright light for the Miners was the offense and the performance of freshman running back Aaron Jones, who ran 127 yards and two touchdowns.

One week later, the Miners traveled to Las Cruces to defeat the New Mexico State Aggies 42-21, where freshman full back Darrin Laufasa sealed the win with two touchdowns in the fourth quarter, which made it five straight wins for UTEP over NMSU.

While head coach Tim Floyd was putting together one great class of recruits, in July his plans started to fall apart. After losing forwards Twymond Howard and Malcolm Moore, who transferred for lack of play, the Miners would suffer another three blows in a matter of three days. On July 17, Andre Spight was ruled ineligible by the NCAA, forcing him to enroll at a junior college before coming back to UTEP.

On July 20, forward Chris Washburn Jr. (younger brother of junior guard/forward Julian Washburn) announced through social media that he was leaving UTEP to transfer to Texas Christian University), and later that night the El Paso Times reported that five-star recruit and McDonald’s All-American Isaac Hamilton asked UTEP to be released from his letter of intent. UTEP declined his request and later Hamilton lost his appeal to the NCAA National Letter of Intent Committee and decided to enroll at UCLA, where he has to sit out for one year.

Despite the lack of an official men’s soccer team at UTEP, the men’s soccer club conquered the regional championship to earn a spot at the 2013 NIRSA (National Intercollegiate Recreational Sports Asscociation) National Championships.

The regional tournament took place in Socorro, N.M., and was hosted by New Mexico Tech. UTEP defeated the Arizona Wildcats on penalties after a 1-1 draw. In the final match, UTEP played Arizona State, and after being down 2-1 at the half, the Miners completed the comeback with goals by Nasser Abraham and Julio Rodarte in the 70th and 85th minutes to win the regional title for the first time since 2005.

At the tournament, the Miners fell to Florida, 3-1, and tied Illinois, 0-0. However, the tournament was cancelled due to bad weather before UTEP could play Northeastern in the consolation round.

Senior night for the Miners began with an unexpected twist. On March 5, the LA Times reported that USC Athletic Director Pat Haden had approached Tim Floyd to ask him to take the job as the Trojans’ head coach, the rumor spread quickly in El Paso and created a lot of uncertainty.

The Miners, however, were ready to host No. 25 Memphis and put up a brave fight against the Tigers. With less than three seconds remaining, Jacques Streeter stole the ball in mid-court, but his shot, as time expired, didn’t drop in and the Tigers defeated the Miners, 56-54. In the post-game press conference, Floyd acknowledged that he had met with Haden, but said that he was not offered a job nor was he looking for a job.

On Feb. 26, Texas A&M’s backup quarterback announced that he was transferring to UTEP. Showers, who had been a backup to Ryan Tannehill and Johnny Manziel, was the first big addition for the Miners under Kugler.

Showers was first introduced to the local media on July 12.

During the fall, Showers completed 107 passes of 188 attempts for 1,263 yards and 11 touchdowns, in addition to 195 yards rushing and four touchdowns on the ground before a separated shoulder injury against Rice on Oct. 26 ended his season.

Colorado College came to El Paso with an 11-game undefeated streak, had already secured the Conference USA regular season title and was considered as the 27th-best team in the nation. The Miners hosted the Tigers on Oct. 27 after a 2-0 win over Texas San Antonio two days before. They were trying to close their home schedule with a win and to clinch a spot in the Conference USA Championship.

After going down in the 17th minute with a penalty kick, the Miners, with another penalty, were able to pull even in the 37th minute. The Tigers tried to hold the 1-1 draw, but in the 64th minute sophomore midfielder Lauren Katada served a ball to the heart of the penalty box, where sophomore forward Angela Cutaia headed the ball into the net to give the Miners the 2-1 victory.

Despite a 36-point loss to No. 23 Iowa in the semifinals on Nov. 29, the Miners proved to be a competitive team in the Battle 4 Atlantis.

UTEP, in the first round, defeated the Tennessee Volunteers, 78-70–a team that was considered a top 25 team in the pre-season. Two nights later in the third-place game, UTEP faced national powerhouse No. 2 Kansas. Despite Kansas pulling an early 15-2 lead, the Miners were close to pulling off a major upset, but lost 67-63 and finished the tournament with a 1-2 record against three of the best teams in the country.

In one week, the women’s basketball team was able to get two of their biggest wins in school history.

On Nov. 16, the Miners faced Big 12 opponent Kansas State. UTEP began on a 13-0 run and never looked back as they cruised past the Wildcats, 84-39, just one point shy of the 46-point win margin of UTEP over UT Pan America in 2006. However, on Nov. 22, the Miners were able to break the record and routed Northern Arizona, 92-43, making it the largest margin of victory against a Division I school, while their win over Kansas State is now the third-largest margin now.

Led by sophomore distance runner Anthony Rotich, who took gold in the 1,500 and 5,000-meters in addition to the 3,000 meter steeplechase, the Miners conquered their first men’s track and field outdoor conference championship since 2008.

With a slim five-point lead before the final event, the Miners’ 4 x 400 relay team, composed of freshman Cornell Horn, sophomore A-Shawni Mitchell, freshman Daniel Tarango and junior Abiola Onakoya, finished in first place to secure the title after the Houston team dropped the baton in the final exchange, taking them out of the competition.

On June 8 in Eugene, Ore., Rotich claimed gold in the 3,000-meter steeplechase at the 2013 NCAA Outdoor Track and Field Championships.

In the final lap of the race, it came down to Rotich and senior Henry Lelei from Texas A&M. It all came down to the final water barrier, where Lelei fell while jumping over the barrier, which gave Rotich just enough to time to take the lead, running through the finish line with a personal-best time of 8 minutes, 21.19 seconds.

El Paso will be able to enjoy Triple-A baseball starting next year. On April 14, City Hall was demolished to make way for the new $60-million ballpark in downtown.

The demolition marked the most important step for bringing the franchise to El Paso, and later on May 30, the groundbreaking for the ballpark took place. Finally on Oct. 22, MountainStar Sports revealed the name of the team, the El Paso Chihuahuas, who will begin their history in April 2014.