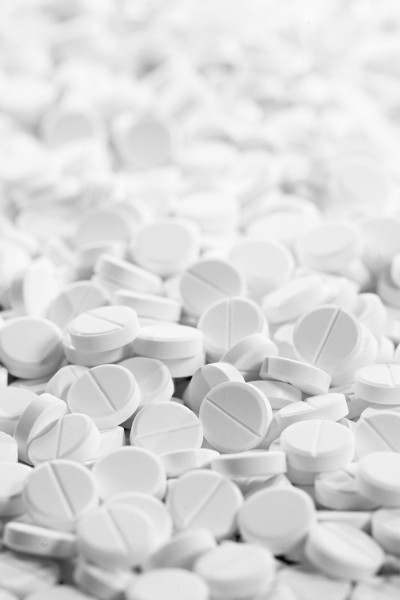 Editor’s note: This is part three of a three-part series examining student abuse of prescription drugs Adderall and Ritalin.

The battle to keep Adderall abuse at bay is a tug and pull between meeting consumer demands and regulating the active pharmaceutical ingredient production under the supervision of the Drug Enforcement Administration.

“There are two forces, one of them is the DEA that has put the restrictions on the production of the active ingredient of Adderall (amphetamine salts),” said José Rivera, director of the cooperative pharmacy program at UTEP. “The other force is there is an increase in prescriptions, so when both of them meet, then on occasion you have problems of not finding the medication readily available.”

There’s a trend of increased use and also misuse of Adderall. People are using them without prescriptions either to get high, or as a college student to be more alert, more awake and to be able to concentrate. Rivera said those things could be attractive in terms of getting ready for an exam.

There are some estimates that nationally between 20 to 30 percent of college students have used Adderall within the last 12 months without a prescription, Rivera said.

The marketability of the drug may also have some consumers convinced that using the drug is normal. Drug companies specifically advertise in a way that makes the audience believe they need medication when they actually don’t, Rivera said.

“I’m completely opposed to direct consumer marketing by drug companies. The main reason is the way they present information. Anybody could relate to many of these ads,” Rivera said. “The way they advertise for Adderall and other controlled substances is a lot more regulated…the way they market some of those medications it’s almost like, ‘okay, we can all take it.’”

Data from drugs.com found that Adderall XR ranked 100th in current sales out of all U.S. pharmaceuticals. In the third quarter of 2013, sales were at $171.8 million, which is down 5.66 percent from the second quarter. The generic brand of amphetamine/dextroamphetamine was ranked 67 with $233.9 million in the third quarter, down 9.43 percent from the second quarter.

Adderall is a schedule II controlled substance, meaning it has the highest potential for addiction.

Adderall is a mix of amphetamine salts. They are stimulants that basically work with the dopamine receptors in the brain and produce a number of different effects, including the person’s ability to stay awake longer, to be more alert and produce energy. For those with Attention Deficit Hyperactivity Disorder, Adderall helps with concentration.

The Internet can contribute to the misuse because of its availability and convenience.

“There will be websites that are going to promote selling (Adderall) and those are not regulated the way they should be,” Rivera said. “There are some websites that work around the law to try to get people to purchase medications through the Internet.”

With the Affordable Care Act beginning to take full effect, there may be a rise in prescriptions, since previously uninsured people will now be insured and able to get prescriptions.

“People now, who don’t have health care insurance, they probably avoid any type of healthcare, unless there is an emergency,” Rivera said. “Probably with the increase of people with insurance, there may be more diagnosis of ADHD and people receiving prescriptions for them.”

Adderall has a number of problems besides addiction. The drug may affect the cardiovascular system and cause strokes. Adderall may also stimulate the brain to a high level and raise a person’s blood pressure, heart rate and body temperature. After prolonged use, the person’s tolerance grows, therefore requiring a higher dose. It can lead to seizures, hallucinations and depression because the amphetamines deplete the dopamine after releasing so much of it.

People looking to get a bigger high may crush and snort or inject the amphetamines.

“That’s the most dangerous because there are other substances there,” Rivera said. “You’re increasing the effect because it’s going directly to the blood, but there are other stuff in the tablet or capsule that is not for the purpose of injection. So you can be causing additional problems.”