The BCS: Good in theory, bad in reality 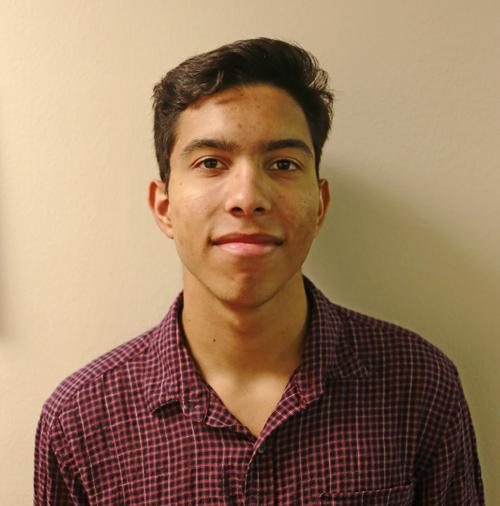 Unlike the majority of college football fans, I am dreading the day when the BCS system comes to an end and the day when the CFP (college football playoff) takes over. Over the years, the BCS has been filled with controversy and outrage, but in my opinion for misguided reasons. There has been a call for change for quite some time now. Sadly, no one wants to fix the problem, they just want to get rid of the problem and I adamantly disagree.

What is the BCS, and what’s the problem?
For people that are foreign to the BCS let me explain. For starters, the BCS stands for Bowl Championship Series. It was integrated in 1998 and was the first real signifier of the best college football team each season. The BCS selects five bowl match-ups (Fiesta Bowl, Orange Bowl, Rose Bowl, Sugar Bowl, and the BCS National Championship Game). The BCS relies on a combination of polls and computer selection methods to determine rankings, then narrows the field to two teams to play in the BCS National Championship Game to give a real national champion. In comparison to when voters basically decided whom the national champion was drastically better.

So with the understanding of what the BCS is, what is the problem?
Many people can give you a laundry list of problems with the BCS, but there is only one and it happens every year. The problem is automatic bids, meaning teams from certain conferences that automatically qualify (AQ) for a BCS bowl if they win their conference.

As you can see, there are usually undeserving teams that make it to a BCS bowl by virtue of winning their conference. Through 15 seasons with the BCS, the record of AQ teams who won their conference and are ranked outside of the top 10 is 7-14.

So if it hasn’t been clear, AQ conferences should not automatically qualify for BCS bowls. Too many good teams are left out of BCS Bowls every year.

What’s the solution?
Now that we know the actual problem, what is the solution? It’s very simple, there should be no such thing as an AQ conference. Winning your conference should not get you a BCS bowl bid, the only determiner of a team that gets them into a BCS bowl should be their ranking. Like I said, it’s very simple, there are five BCS bowl games, which means there are 10 teams; therefore the top 10 teams ranked in the BCS in the nation should play in the BCS bowls. With this plan, there is no discrimination against teams from lesser conferences because the BCS rankings don’t do that. Remember the BCS is a computerized system that is not solely based on opinionated rankings. Even though this is a simple and more deserving solution doesn’t mean it’s going to happen.

If we know the problem and solution why isn’t it fixed?
This is also very simple: Money, Tradition, and Popularity.

It’s known that some schools are not as attractive as other schools in terms of popularity. Football fans are more willing to travel across the country and spend money on historically great teams with decent records than the lesser known teams with better records.
Before a game, fight, match, etc., there is hype and promotion and that’s where money plays into this. Producing more lucrative games doesn’t mean it’s going to be the best quality game. A Harris interactive poll found the top 10 most popular football teams in the United States. Starting from 10 to one; Florida, Oregon, Wisconsin, Georgia, Alabama, Penn State, Texas, Ohio State, Michigan and Notre Dame.

On some occasions, they break this rule, but most notably only for Big 12 teams, instead of including better more deserving teams in the nation. A prime example is Illinois in 2007, the fighting Illini were 9-3 and tied for second in the Big 10. They were ranked 13th in the nation and completely overmatched for their opponent, which happened to be the No. 7 ranked USC Trojans and Illinois lost the game 49-17. Illinois got the Rose Bowl bid over No. 12 Florida and No. 5 Missouri for the simple fact that they were from the Big 10.

The proposed solution: Four-team playoff
Instead of fixing the minor problem with the BCS, they’re completely throwing it out and installing a horrible idea for college football, which is the four-team playoff.

Why that is not true?
This notion that a playoff is good for a national championship is absurd on a fundamental level. College football is not structured for a playoff, it’s based on a hierarchal scale, the best teams rise to the top and to say that there are four teams that deserve to play for a national championship on a year-to-year basis is wrong. Sure there are some years where you have three or four quality championship teams in college football, but they are few and far and between.

Remember Division I college football has 125 teams, with a small separation of talent and the best high school players don’t disperse to all 125 teams evenly. The vast majority go to the best schools in the nation, which is about 12 percent of the teams in Division 1 college football. Based on that you can discredit 80 percent of those teams without playing a game just based on talent.

After the playoff system has been intact for a few years, people are going to want to expand the playoffs to six, eight or 16 teams. To say that there are four teams that are good enough to play for a national championship is a stretch, vying for six or more is ridiculous.
Similar success in different levels and sports.
One of the main arguments is the success of a playoff systems in college basketball and the NFL. These comparisons are faulty for a multitude of reasons.

Let’s start with college basketball, because they are both on the collegiate level, people assume that if it works for one sport it will work for another, well it won’t. For starters there are 350 Division I college basketball teams, meaning there is a bigger separation of talent in comparison to Division 1 college football, also meaning that there are more quality teams in a division of 350 teams than a division of 125 teams.

College basketball has the NCAA tournament, which is a 68-team playoff, meaning that 68 teams are playing for the national championship, but not really. Twenty of the teams are included just for the sake of inclusion, and they have no real chance of winning, and historically the lower seeds in the tournament are blown out in the first two rounds.

Going back to what I said about the playoff system possibly expanding in the future for college football, the NCAA tournament is great proof of that. For the first 11 years, the NCAA tournament only had eight teams, then 16, 32, 48, 64 and now 68. It keeps expanding, not to include teams that deserve to play for a national championship, but for the simple reason – to make more money. There has never been a team seeded in the bottom half of the bracket that has won a national championship. In fact, there has never been a team seeded lower than nine that has made it to the championship game. Like I said, inclusion just to include.

Final sentiments
It’s going to be a sad day when the BCS system is removed and replaced with a college football playoff. One of the great things about the BCS is that it didn’t waste time, it picked the two best teams and let them play for the national championship. A playoff will only waste time and create more controversy until the playoff includes an inordinate amount of teams. This all stems from the basis of amateurism, which is the inclusion. Brutal honesty doesn’t work in amateurism, saying you’re not good enough is not accepted in amateurism. When you’re not qualified enough to move on in professional sports, they don’t let you go along for the ride–they tell you to have fun on vacation.

It starts at a very young age, when the coaches play the last players on the bench so they can have fun. Then later when all the players on the team get a medal for participation, even when they didn’t participate or provide something to the team’s success. Then in high school, it’s not nice to tell your kid he or she wasn’t good enough, they created freshmen and JV teams, even though they don’t make money but waste money for the sake of inclusion. Then finally, at the last level of amateurism is college sports and playoffs in college sports are the prime example of inclusion. Even young adults’ feelings get hurt when there told there not good enough, so the parents (coaches, fans, athletic directors) complain and more inclusion ensues, even when it’s not appropriate.